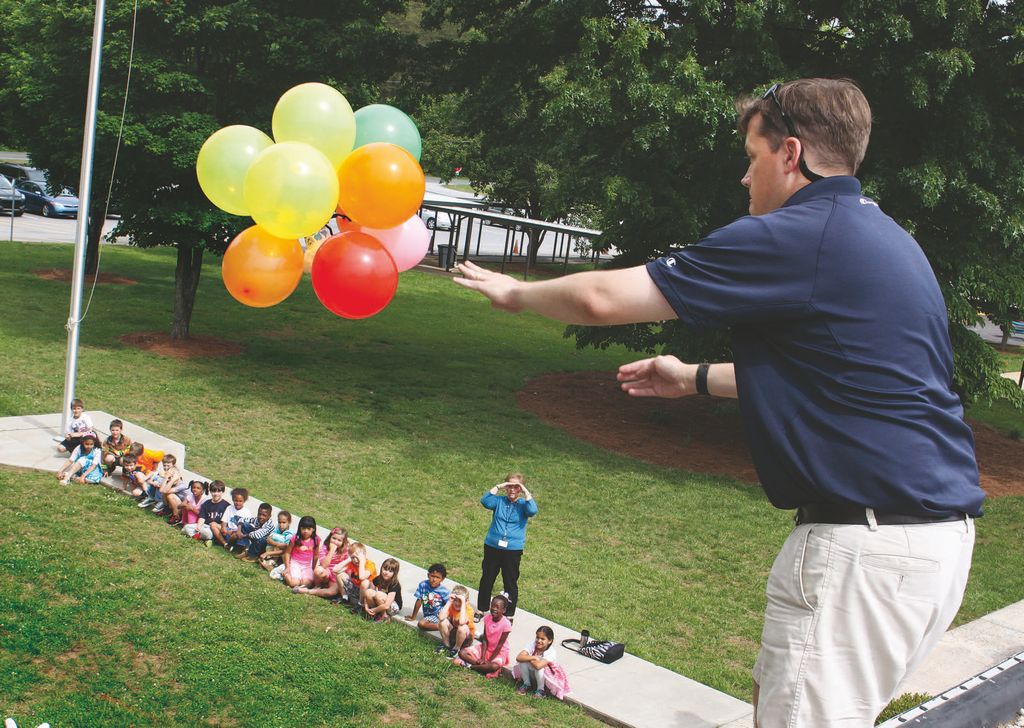 Last Thursday, Southwest Elementary School celebrated the culmination of their “Read to the Roof Challenge” by having their principal, Matt Dixson, spend the day on the roof.
The initiative began in February when the students were challenged by the Southwest Elementary staff to read books and earn 8,000 accelerated reading points by May 19th.
Accelerated reading is a progress monitoring reading program that monitors a student’s independent reading progress. The student reads a book, takes a quiz and gets immediate feed back, which earns points for their efforts.
The students took the challenge and then some. Not only did they earn 8,000 points, but with three weeks left in the challenge, they responded to Mr. Dixson’s challenge to earn 12,500 points. They ended up exceeding that challenge by more than 300 points.
The students were given incentives for reading during this process.
The two highest point earners will attend a DASH baseball game with Mr. Dixson
Each class was given an opportunity to suggest and activity for Mr. Dixson to complete while he was on the roof.
Earlier in the morning there was a special book character parade led by Bolt from the DASH baseball team. Some of the challenges that Mr. Dixson had to complete throughout the day were, are you smarter than a first grader, egg drop toss and how many rubber bands does it take to make a watermelon explode.