As a member of the first graduating class of West Forsyth High School in 1965, Joan Hensley Winfrey knows full well how to count to 50.

Others, however, reached 50 a year earlier by a newfangled math that has confounded her celebration plans.

Next year, 2015, not this year, she fiercely contends, should be the 50th anniversary observance for West Forsyth High School.

She’s talked to Principal Charles A. McAninch and even got a sympathetic ear from Superintendent Beverly Emory, but sympathy was all.

There will be no 50th anniversary re-dos at West.

“It should have been researched more,” she said.

Even now her Class of 1965 is planning its 50th reunion next year. Her class was the first graduating class at the school.

She spent her first three years at Southwest High and watched excitedly as the new campus was built. Southwest’s mascot was the Trojans. The seniors at West helped pick the new mascot at West, the Titans. With considerable help from the faculty, the familiar green, white and gold colors were chosen that remain today.

So why did the football team wear black at times last year?

“I’m just not happy about that, either!” she said.

Fifty years may have passed, but she is still a Titan girl at heart. She married a West boy, Larry Winfrey, also a member of the Class of ’65.

She remembers the 10-foot tall “Jolly Green Giant” mascot that was at all the pep rallies and football games.

What happened to that?

No, she wasn’t a cheerleader. She wasn’t class president. No, she laughed, she was not a member of the debate team, but perhaps she should have been.

“I was just a socializer.”

She did learn to count.

For the past year, West Forsyth High has observed its 50th anniversary, dating it from the 1964 opening of the school.

Mrs. Winfrey said the observance should have been from 1965.

“They need to man-up and admit they made a mistake. I know that, and so does everybody who is planning this reunion. We were the first class that graduated,” she said.

“I don’t have a college education, but I can do better than that.”

She and her husband live in Old Town, but the years have not dimmed her memories of the brand new big West Forsyth High they helped christen.

“It was a lot bigger. We had to walk outside to change classes.”

Their principal was Mr. Simpson, nicknamed “The Bear,” who had come with them from Southwest.

“He was tough. Of course, I never had to go to him. He carried a yardstick with him everywhere he went — tapped it on the floor.”

Her other memory of Mr. Simpson was from Nov. 22, 1963 while still at Southwest. He announced over the public address system the death of President Kennedy.

“Nobody said a word. People were crying, even the boys. We just sat there.”

She recalls a horrible wreck during her school year that claimed a member of the class. She remembers that two kids — not seniors — being hit by a train while walking across the trestle at Idols Dam.

She remembers that despite having a brand new school, the auditorium was too small. Their graduation had to be in the gym.

There were 220 in the class — less than half the size of classes at West these days.

The reunion committee has not yet set the time or place for their celebration, but Joan Hensley Winfrey, Class of 1965, knows it will be the true and valid 50th anniversary of West Forsyth High.

“I’m going to take it personal,” she said, realizing her fervor won’t be universally understood. “It’s bad when you’re this old and this is the cause you take, but it opened the day it opened.” 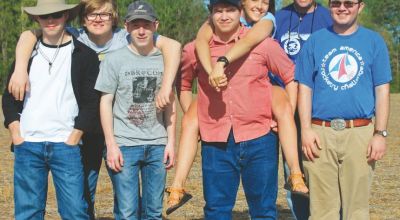