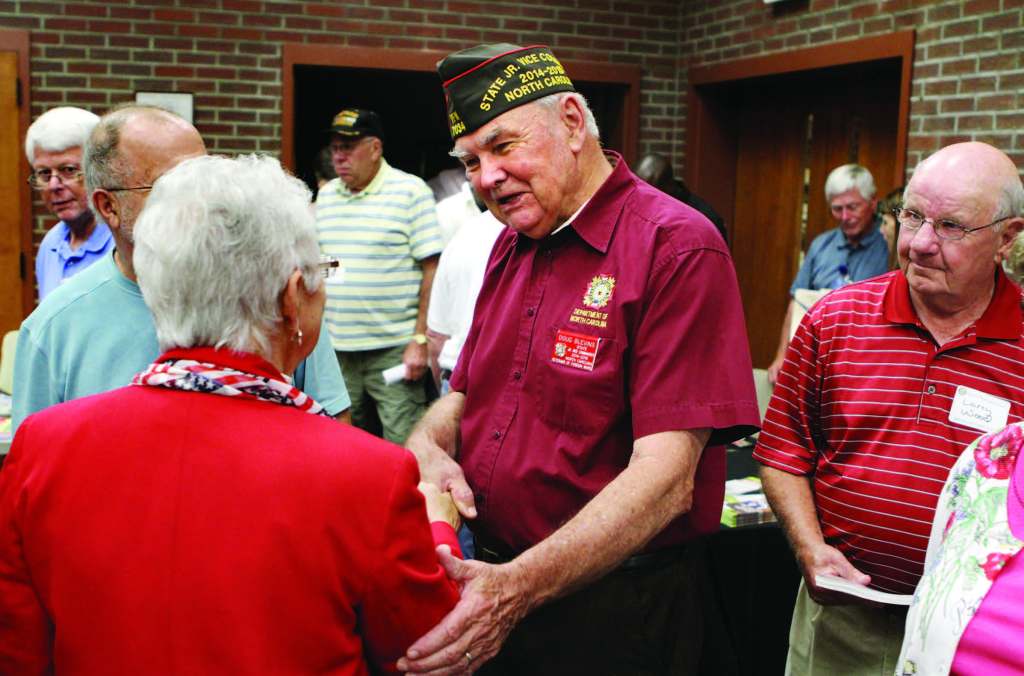 About 100 veterans crowded into the Clemmons Library auditorium on Friday to seek U.S. Rep. Virginia Foxx’s help in receiving a variety of health benefits.
“Thank you, veterans,” Foxx said. “We will go to the ends of the earth to help you. We see that as our obligation.”
About a dozen veteran related organizations were represented including the Disabled American Veterans, Military Order of Purple Heart, Veterans of Foreign Wars and American Legion.
Ron Hope of Clemmons, a helicopter pilot who was shot down in Vietnam in 1969, told the veterans not to hesitate to claim benefits they are due. “Benefits are earned by service and sacrifice,” he said. He lost an arm in combat and is National Commander of the DAV.
He said he critical elements for veterans to successfully transition back into civilian life are finding employment, family support and health care.
“It’s great to be among fellow veterans,” he said. “The military, frankly, doesn’t do a very good job telling veterans what benefits they’re entitled to.”
The various organizations gathered by Foxx at the library were available to help veterans claim benefits and join fellowship organizations. One of the groups represented was the Forsyth County Sheriff’s Department which was seeking job applications.
Some of the veterans said Agent Orange, a defoliant used in Vietnam, seemed to be the cause of their health problems even though they didn’t arise until decades after the war ended.
Foxx was given a U.S. flag pin by veterans Dave Murray of Greensboro who served in the Navy. The congressman said she always wears either a flag pin or one that says, “Thank you,Veterans.”
“This morning I was in a panic because I couldn’t find my pin.”
Veterans attending the session came from across the 5th congressional district and were involved in World War II, the Korean War, Vietnam and more recent Middle East wars.