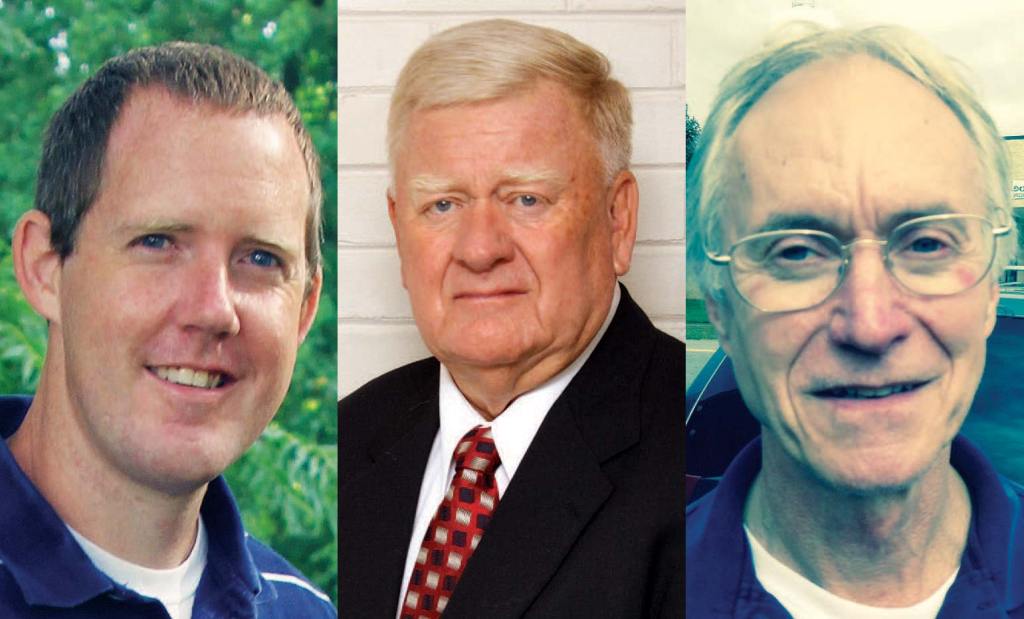 Two incumbents, Norman Denny and Bill Lawry, and a political newcomer have filed for three seats on the Clemmons village council. The deadline for filing is Friday.
Clemmons native Chris Wrights filed Friday. Wrights owns Wrights Nursery and Landscaping on Lewisville-Clemmons Road and is a member of the Clemmons Planning Board.
He and wife Abbie have two children, Hudson, 2, and Weston, 2 months.
He is the son of Allen “Lonnie” Wrights and Sandra Mock, a longtime member of the Lewisville Town Board.
He said his children in his young family were part of his motivation for seeking office.
“Clemmons has been a great place for me to grow up in and I want it to be a great place for my children to grow up,” he said Tuesday.
He is a Sunday School teacher and member of Center Grove Baptist Church. He is a member of the West Forsyth High Class of 2001 and majored in communications at Elon University. After jobs in the corporate world he returned home to work outside for himself. He is a residential and commercial landscaper.
Wrights said he wants Clemmons to enact its plan to make traffic safer and less congested on Lewisville-Clemmons Road. He said he had followed closely the library debate.
“I would prefer for it to be built some where else,” he said, adding that plans to expand the existing site still would not have enough parking and the parking would be too far from the library.
“After this is done, they will be completely land locked,” he said. A new site should have easier access.
“To me it seems like that’s what the majority of the people want.”
He said the village should be wary of “quick fix ideas.”
Classifying himself as a conservative, he said a town board must still invest in the community. “There’s a time for being conservative, and there’s a time for doing what’s best for the community.”
He built a Facebook site about his campaign on Friday,
“Chris Wrights for Clemmons Council.”
The deadline for filing for village council and major is Friday. Incumbent Darrell Roark has not indicated if he will file for re-election.
Denny, a long-time active member of the OK West Booster Club, was elected as a write-in candidate in 2011 as the leading vote-getter. He had served on the planning board for five years prior.
Lawry was elected in 2013 to a two year term. He has advocated 2nd Amendment issues and has pushed to renovate, not relocate, the Clemmons Library.