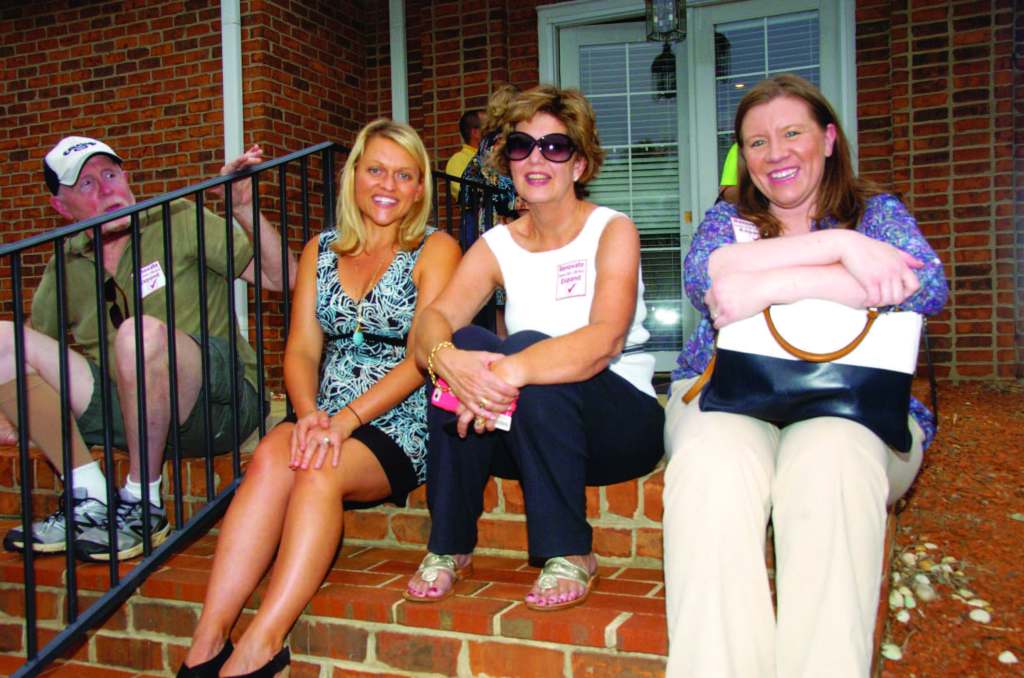 Unable to get inside, some found seats on the steps outside. From left, Leonard McLaughlin, Kristin Johnson, Melanie Broyhill and Joy Bolynn. — Photos by Dwight Sparks