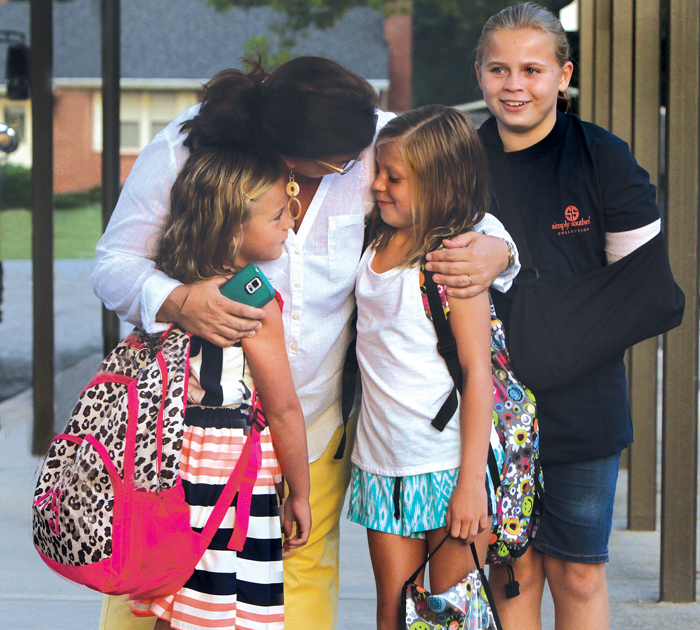 With hugs and best wishes, Jackie Johnsen says goodbye to daughters Ivy, Ashley and Lilly at the start of their first day of school at Clemmons Elementary on Monday. — Photo by Chris Mackie

Southwest Elementary’s enrollment jumped to 615 students on the opening day of school Monday, up from 480 last year.

“West Forsyth welcomed 2,230 students back to campus on Monday,” said principal Charles McAninch. “Our first day went very smoothly. I am extremely thankful for our staff’s diligence in making this happen. We appreciate the continued support of our families and community.”

Morgan Elementary principal Mike Hayes said his school has grown to over 800 students. “Buses were a little late, but that always happens on the first day,” he said.

Principal Angie Choplin at Lewisville said her school’s enrollment held steady at about 609. “We’re very happy the new bridge was open,” she said. The Williams Road bridge over U.S. 421 near the school opened Friday after a long rehabilitation project.

Clemmons Middle principal Sandra Hunter said her school had an “awesome first day of school. We have approximately 964 students as of today. We have an increase of about 50 kids from last year and are expecting a total of around 75 when it’s all said and done. That will put us around 1,000 students.”

Meadowlark Middle principal Joey Hearl said his school had 1,220 students, an increase of 10 over last year. “The buses all made it to school on time,” he said. 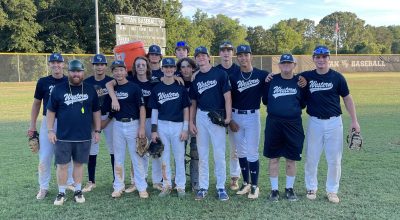 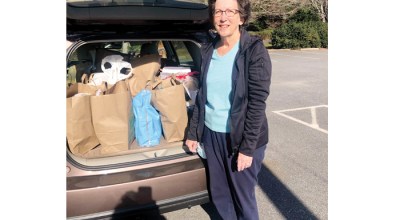 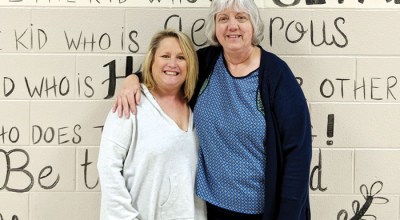