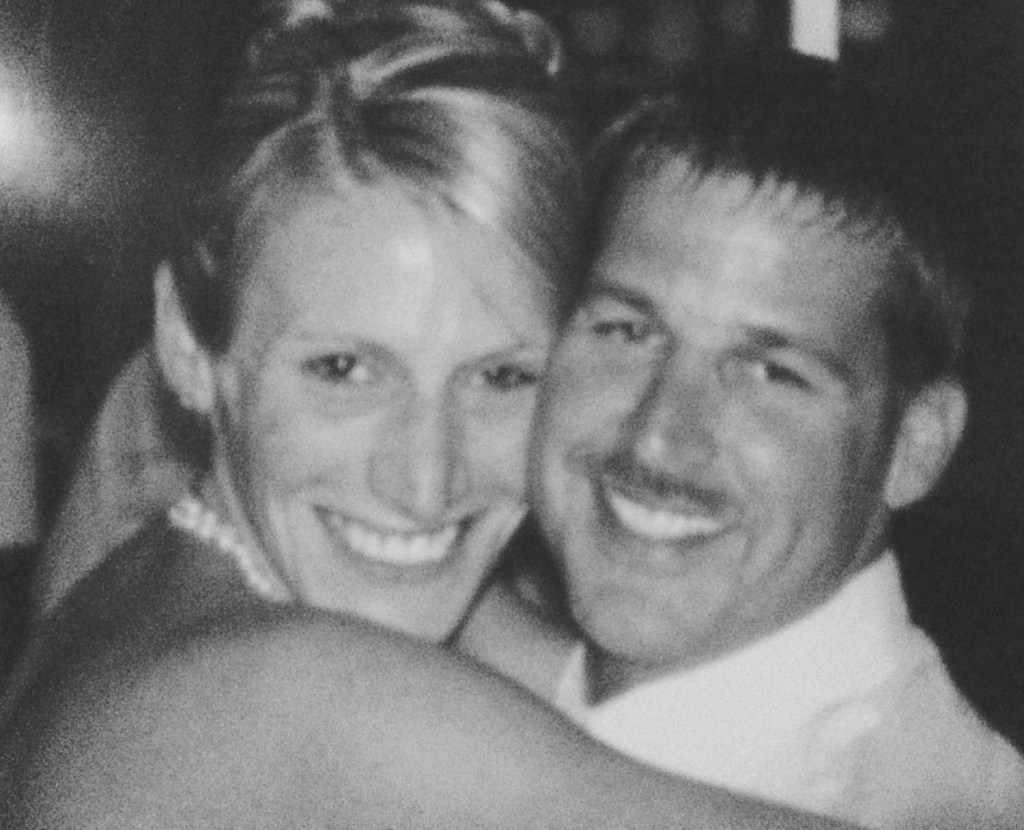 Chris Hayes grew up on 12 acres of land in Clemmons that had been in his family since before he was born. He recalls with fondness how much he enjoyed exploring his woods and riding his four-wheeler. He also spent a great deal of time caring for the land. “I would chop down trees and mess with things that I had no business messing with,” laughs Chris. Chris credits his work ethic to his grandparents. “My grandparents were worker bees. Because of them, I wanted for nothing. They worked hard because they wanted me to have a better life.” Chris reminisces. “I stayed with my grandparents a lot. My mom was young, and my grandparents thought I was a golden child.” Chris grew up with his 2 sisters, Pam (who was older) and Kelly (younger).

Chris jokes, “Both my sisters had red hair and a pale complexion. I looked different from them, and we joked that I was the mailman’s kid.” Chris was in a class that got to enjoy the new Clemmons Elementary when it was first built. “I got to carry all of my stuff from the old Clemmons building to the new one. I remember walking across the field. We were proud to be the ones to break it in,” smiles Chris. Chris graduated from West Forsyth and immediately started working. Because he enjoyed taking care of his family’s 12 acres, he knew he wanted to be outside. He chose landscaping because it allowed him to enjoy the outdoors and make a living. While still residing in Clemmons, Chris crossed paths with a New York transplant named Gwien.

Mutual friends had thought they would be a perfect match. However, they both were dating other people. When they saw each other at a friend’s wedding, though, they noticed a connection. It wasn’t until Chris and Gwien ran into each other again almost two years later did they actually do something about it. Gwien remembers that she knew then that Chris was going to be the man she married. “She told me she knew that we’d get married and wanted to know when that would be,” reveals Chris. “I asked her, ‘How about five years?’ Little did I know, she wrote it down, and would remind me how much time we had left.

We got married five years from that day. Just like I said.” When Chris and Gwien started their family, they found themselves expecting at the exact same time as his two sisters, Pam and Kelly. Sadly, Kelly had an undiagnosed heart condition that developed during her pregnancy with her first child at 27. “Kelly passed away a month after our son, Gabe was born,” Chris remembers. “Her death was devastating to our family. We didn’t see it coming.” The Hayes family welcomed their second child a year later. Chris and Gwien headed to the hospital with girls clothes because that is what they had been told they were expecting. They were surprised during the delivery, welcoming a second son, Seth. “Seth is a lot like me,” Chris acknowledges. “Everyday, he gets on his four-wheeler and is out in the woods like I was. If I’m working on a project, he’s right beside me.” Even today, when there is spare time, Chris finds himself working on projects around his property. He says there is always something to be done. And, of course, he enjoys it. Chris is also known by his neighbors for pitching in on projects when they need him as well. Anytime it snows, Chris can be found helping elderly neighbors get out of their driveway, hopping on his tractor to clear a path for them. Though he is often offered money, he always refuses it.

For him, it is all about being a good neighbor. When asked if there is anything he would like to do in the near future that he hasn’t done yet, he seems clear about his place in life today, “I’ve been blessed. I’ve been there and done that. I’m a homebody.” Some of his treasured memories are having traveled back and forth to the beach and to Sugar Mountain. His grandparents had time-shares and always included him. Keeping the time-shares even as they aged so he could use them until they both passed away. Chris hopes to spend the rest of his lifetime on the 12 acres he spent exploring as a boy, and where he is now raising his own family.

You can count on this neighbor to be the type of person that you want to live next to not just because he will take care of you in a snowstorm, but also because he is genuine. As the 14th Dalai Lama, Tenzin Gyatso said, “It is very important to generate a good attitude, a good heart, as much as possible. From this, happiness in both the short term and the long term for both yourself and others will come.”