‘Clemmons has lost its historian’ 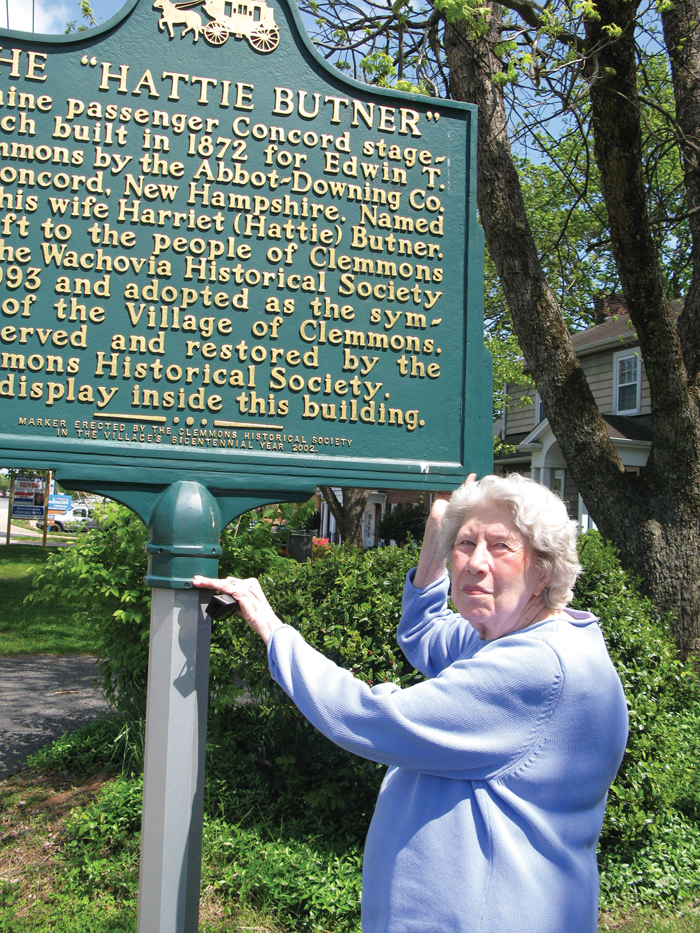 She often dead-panned that she was getting to the historical stage in life herself. Janet Banzhof, a walking encyclopedia of knowledge about Clemmons’ past, was all about history.

She died on Sunday.

Her contributions were many. Her energy was remarkable in spite of her advancing age and ailments. She pushed tirelessly for preservations with some success over the years.

“She was the heart and soul of the Clemmons Historical Society, especially after Dottie Nifong died,” said former Mayor Ed Brewer. “She performed an incredible amount of work for the Historical Society, scheduled programs, arranged for speakers, presided at meetings and never lost her enthusiasm for the job.”

Village council member Mary Cameron said, “Janet was involved in the Village and it’s history from day one of incorporation. It was always my impression that Janet was the glue that held the Historical Society together. She was a fascinating person and the Village was lucky to have someone so dedicated to preserving our history and heritage.

“Clemmons has lost its historian. Her tireless efforts to preserve Clemmons history will be sadly missed by us all,” said David Hauser, vice president of the historical society and often her aide-de-camp in projects. “She kept the organization energized and interested in collecting and displaying information about Clemmons history,” he said. “She was a sought after resource when it came to the history of the Village of Clemmons. She played a vital part in the restoration and conservation of the “Hattie Butner” stagecoach. “She was not shy when it came time to asking for money to properly celebrate the Village’s 2002 Bicentennial. She asked the village for $10,000 and got it, plus additional funds from local businesses.”

Similarly, former mayor John Bost wrote, “Janet was a phenomenal asset to our community and was critical in acquaintng me with the community my first year as mayor. Likewise her introduction to Robert Beroth and their joint efforts in securing the Moravian historical marker for 158 at Muddy Creek, leave a legacy for her and other members of the local Historical Society. “I am forever grateful for her interest in this community, her passion for the past and her availability, any time night or day that questions arose.”