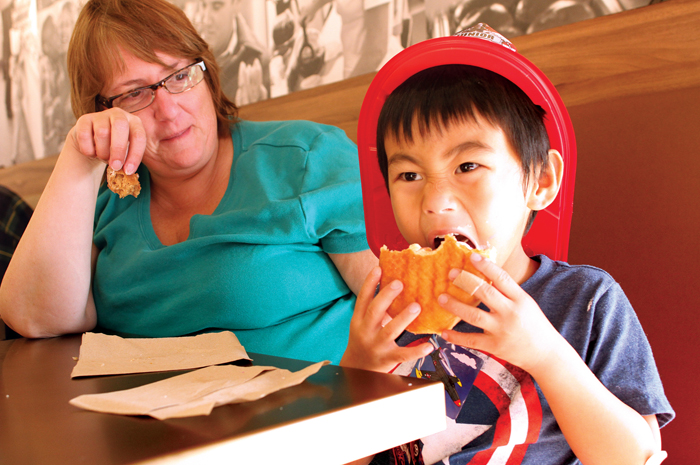 Had a spacecraft filled with little green men from Mars landed on Lewisville-Clemmons Road, it’s hard to imagine that it would have attracted more attention than the opening of the new Krispy Kreme shop last week.

Five days later, the store no longer needed a deputy to direct traffic.

“I’m overwhelmed with the generosity and kindness,” said John D. Ward, managing partner of the store. “To live right here and be part of the community and for this to be my shop … I couldn’t be more excited.”

The store can produce 110 dozen glazed doughnuts an hour.

It needed every ounce of that capacity last week as cars circled the store and backed around Westwood Shopping Center waiting to get a dozen — or two. Ward said the store sold an estimated 29,000 of the glazed variety on the opening day.

“We’ve settle down,” he said Tuesday morning, but a weekend crush is expected.

“I warned our employees that if half the people who said they were coming show up we’ll be swamped,” Ward said. They were. “People are so excited about us coming — to be right here in their hometown.”