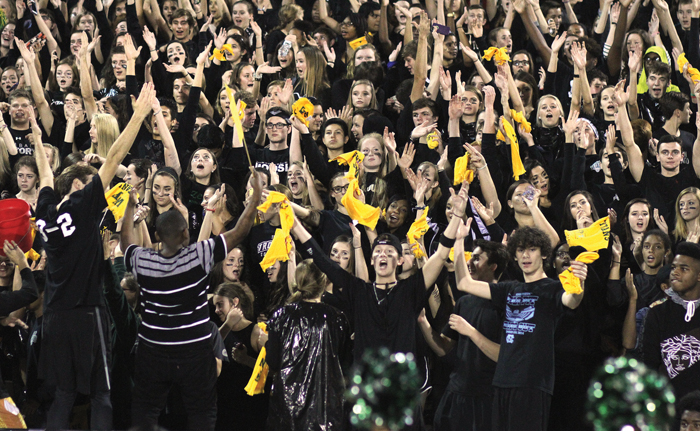 It was a night to take care of some unfinished business for the Clemmons Village Council. First, the council emerged from a rare closed session in the middle of Monday night’s regular meeting and approved spending $624,000 for a 2.86-acre parcel on Stadium Drive behind Lowes Foods for the new library site.

That was followed by a decision to enter into a contract with Novant for the $3.8 million Village Point Drive project, following a second meeting with contentious debate among those at the head table. Attorney Warren Kasper revealed at the previous meeting on Oct. 13 that Novant was not willing to pay for any overages exceeding its $1.9 million portion (matching NCDOT’s commitment) to build the road.

Kasper said his instructions from that meeting were that the council had no intention of moving forward with the contract unless Novant would agree to accept the responsibility for any overages. However, Kasper said that he subsequently received instruction from manager Larry Kirby that at least three members of the council asked him to prepare a draft to Novant for a contract that it would accept up to $1.9 million but not assume any responsibility beyond that. “I’m a little in a quandary,” said Kasper, who added he takes instructions from two people – the mayor and the manager. “I have two different sets of instructions. This draft is consistent with instruction I received from your manager – communication to me based on conversations with three council members.”

Mayor Nick Nelson said he was of the opinion that Kasper already had his marching orders when councilman Bill Lawry made the comment in the previous meeting that “it stops here,” referring to not approving a contract where Clemmons could be responsible for paying any overages. “You are in a quandary because you received consensus from this board at the last meeting,” Nelson said. “We can pull the audio. In between that time, you had three council members instruct the manager to change the consensus. I want to note that for the record.” Nelson then took it one step further after the meeting. “They broke an open meeting law tonight,” the mayor said. “It’s against the law to make a decision outside of the meeting.”

Lawry said that clear instructions were given but that Kasper changed course based on the instructions he got from the manager and three council members. “You proceeded with the second set of instructions,” Lawry said. Councilwoman Mary Cameron didn’t see it that way. “I don’t think there was clear consensus at the end of that last meeting,” she said. “You did not hear each one of us say yeah or nay. I think this a problem we have time after time that we do not give clear instructions to the manager and the attorney. “(Councilman) Darrell (Roark) wasn’t here. I made my opinion very clear that I thought we should go ahead. We had already made our point. We’ve been discussing this since right after dirt was invented.” Councilman Mike Rogers sided with Cameron in the previous meeting about being comfortable moving ahead with the road, especially considering the $400,000 difference between the estimated cost of $3.4 million and the $3.8 million of funding in place.

Roark posed that question to Kirby. “Mr. Kirby, you’ve looked at this for quite a while as we all have,” Roark said.

“I talked some people from DOT as late as this past weekend, and their thinking was unless something comes up that is way beyond our control that there is ample money to complete this contract. Is that right?” Kirby said: “My understanding is that they do feel we have the funds available to complete the project.” In the last meeting, the council discussed spending the $3.8 million available and then stopping the road if it wasn’t complete and there was no more money.

However, Kasper said that a condition on executing this contract was that there was no backing out. “The way it is drafted, we will have an obligation to Novant to complete the road,” Kasper said. Roark ultimately made the difference in a 3-2 vote where Lawry and councilman Norman Denny were opposed, stating they didn’t want Clemmons to be responsible for any overages. And Denny also expressed his concern about “too much stuff being decided outside of the meetings. I didn’t know anything about it. I don’t think Mr. Lawry knew anything about it.”

However, Cameron countered that “nothing has been decided. All business is conducted in public. We have not made a decision about anything.” The council members in favor of proceeding have contended all along that nothing has changed after the original agreement where Novant agreed to spend up to $1.9 million in the 50/50 split with the NCDOT. After Cameron made the motion to enter into the contract with Novant, which will reimburse the Village up to that amount for the project, Rogers seconded it.

Lawry then stated: “I would encourage council to reject this and leave it alone. No development that has been established other than providing an alternate route.”

Planner Megan Ledbetter was then asked if any projects had been planned in the area. She said that one project had been submitted. Another was to be submitted at the end of the month and had requested documentation that the road be built. Ledbetter said that both were commercial projects – neither involving Novant – with 40-plus acres of development.

In addition to giving an OK to the road, the new library site on Stadium Drive was approved in the early part of the business portion of the meeting after a lengthy discussion on why it wasn’t at the end of the agenda as usual. When the meeting finally reconvened, Rogers made the motion for the Village to purchase the tract on Stadium Drive from Bruce Hubbard. It passed unanimously.

Kasper said that the next step was to meet with Hubbard to take care of the contract conditions and also gain the approval of the county commissioners for this site. “The details need to be worked out,” Cameron said. “It’s exactly what happened with Kernersville. They picked a piece of property, and now they’re in the process of working out the details.” Rogers said it was the “perfect site” being in close proximity to the library’s existing location.

He added that James Street will be extended to Stadium Drive as part of the project to provide even greater access.