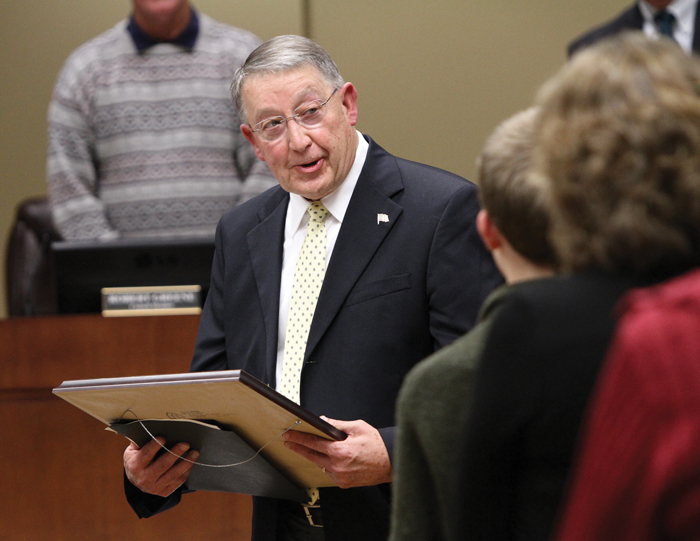 Pugh holds the plaque for the Order of the Long Leaf Pine.

The Town of Lewisville praised its retiring mayor Dan Pugh last week as he turned over the gavel to newly-elected Mayor Mike Horn.

“They were very kind to me. I was overtaken by it,” Pugh said. “It was so much appreciated. I was totally humbled.”

He and his wife Brenda plan to travel and see grandchildren scattered about, including a new grandson in Ohio.

“We’re going to take some time to travel and do some grandpa time,” he said.

He said the recent years have taken a toll on the family, especially as his wife Brenda has battled breast cancer. She’s been a real trooper.”

He said Lewisville is a special town.

“I’ve really enjoyed serving this community.We’ve been so blessed in Lewisville to have council members over time to lead the town and point it in the right direction. We have so many talented citizens willing to take part in our government. It has been very enjoyable. By and large, we’ve had a plan and stuck to it.”