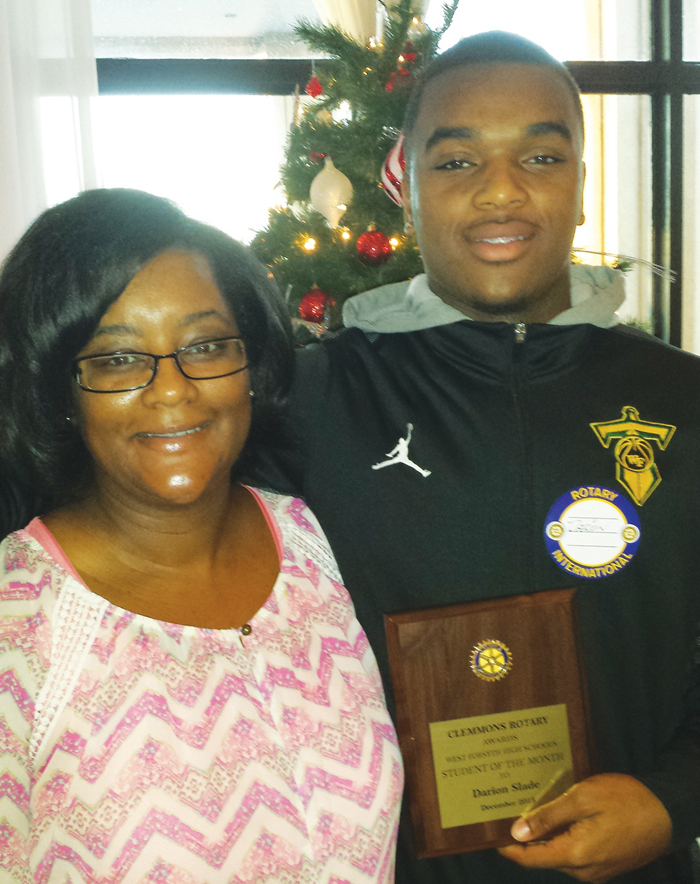 Darion Slade was recognized on December 16, 2015 as the Rotary Club of Clemmons West Forsyth High School “Student-of-the-Month” for December 2015. Darion has been a key contributor and star in West Forsyth High School’s athletic programs and has been recognized as one of top athletes in our area and the state. He has been on the football team throughout his high school career and received several honors including: All-Conference; two time ESPN Triad Player of the Week; Ranked as the 4th best wide-receiver and 30th overall best player in North Carolina. Darion has also been a key player on West Forsyth’s varsity basketball team since his freshman year with honors including: three time MVP; two time All Conference; All Northwest.; and rated the 26th best player in NC. In addition to football and basketball activities, he has been an important member of the track team throughout high school and member of Titan Achievers Student Organization since his freshman year. While not participating in school activities he has volunteered with the Pop Warner Football and AAU Basketball area programs. Darion plans to attend college and continue his football and basketball career. Several schools are a possibility including major universities in the state of North Carolina.