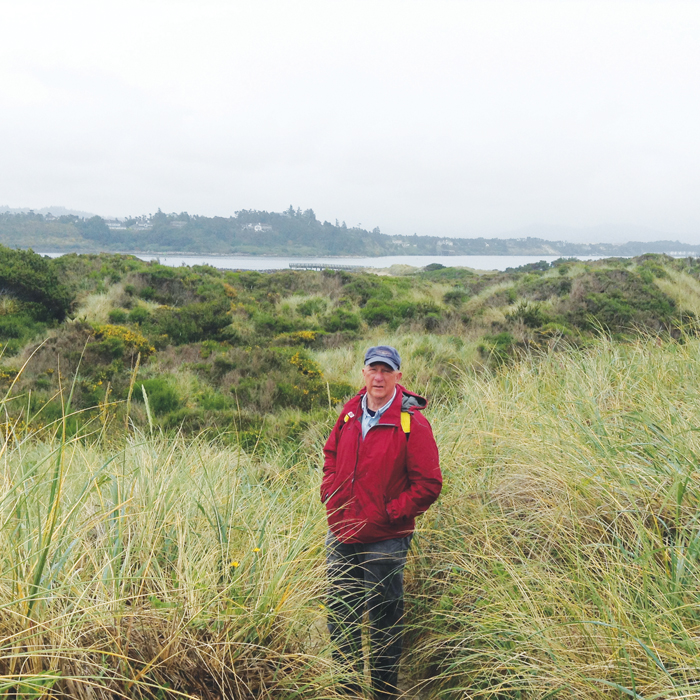 Dr. Ron Bruffey has held on to his youthful love of playing guitar in a band.

“I’ve always wanted to stay busy doing something,” says Dr. Ron Bruffey. “I am a doer of many things and master of none.” Dr. Bruffey says he is master of none, but one may disagree. His outgoing personality and courage to try new adventures has enabled Dr. Bruffey to not only acquire a wealth of information, but also to have the ability to live quite an interesting life.

Around the age of 13, Dr. Bruffey joined a band. He played rhythm guitar but switched to bass one night after the bass player could not make it. “I picked up his bass, brought it to the gig, and we did it. People in the audience were saying, ‘You have a good bass player.’ The band said, ‘You should have been playing bass all along.’” Ron continued to play in bands until he was eighteen.

Once in college at East Tennessee, he began to do what many other college kids do — party. He joined a fraternity, was a senator in the student senate, and was secretary of the legislative affairs for the student government. “I just wanted to goof around and play instead of buckling down and studying,” Ron laughs.

One very memorable experience for Ron, was when President Ford came to town. The dean of the college called the fraternity house and Ron was the lucky one to answer. “The dean said, ‘Bruffey grab a couple of your guys. We get to be Secret Service for the day.’” Ron and some of his friends went to meet the Secret Service who gave the boys a pin which allowed them be in the motorcade area. Once the President arrived, Bruffey and his friends were in charge of driving the press. “We drove rental cars for the media, so they could tailgate and take pictures of President Ford all day.”

While Dr. Bruffey did not decide to go into the Secret Service, he did decide to pursue a career in insurance in Atlanta. There, he worked for Allstate. The company then transferred Ron to Chicago. “It was there, I met my wife, Karen.” Little did Karen know, when she married Ron, she was in for an adventure. “We had two boys and lived in Chicago for eighteen years. But the way I got out of Chicago, was I started consulting with management firms.” Dr. Bruffey has consulted with 25 different insurance companies. He did this by moving around the United States. “I have been to all 50 states,” says Dr. Bruffey. “We moved to places like San Antonio, Indianapolis, and Dallas.” Many times while Bruffey was consulting, his family would pick up and come with him. Other times, he would stay in one place for six months and come back home to his family on a weekly basis. “At one point, I had a premier class on three different airlines. I kept getting to gold and platinum levels.”

The hardworking Bruffey who narrowly graduated from college, also pursued a doctorate degree at Cal Southern University. Once Dr. Bruffey decided to leave the corporate world, he decided to settle down in North Carolina and teach. He teaches MBA courses at Southern University in High Point and is an adjunct professor at Guilford Tech Community College.

But that’s not all. “I have a hard time sitting still,” Dr. Bruffey laughs.

He is playing bass again for his church. In fact, he was recently featured in a music video, “Everyday” because he is the bass player for the singer songwriter Brad Ratledge. Brad is Dr. Bruffey’s friend from church. They both play in the church’s band.

When Dr. Bruffey is not playing music at church or teaching, one can find him running. “I’ve been running all my life. I run mostly for pleasure. But I ran my first marathon at age 55.” And he’s been addicted to races ever since. Ron has traveled to places such as Texas, Chicago and D.C. to run in marathons, half marathons and 5Ks.

The busy body also likes to hike and travel with his wife, Karen and their dog, Ashley. With his carefree zest for life, our neighbor continues to stay active and youthful because, he says, that is just his nature.