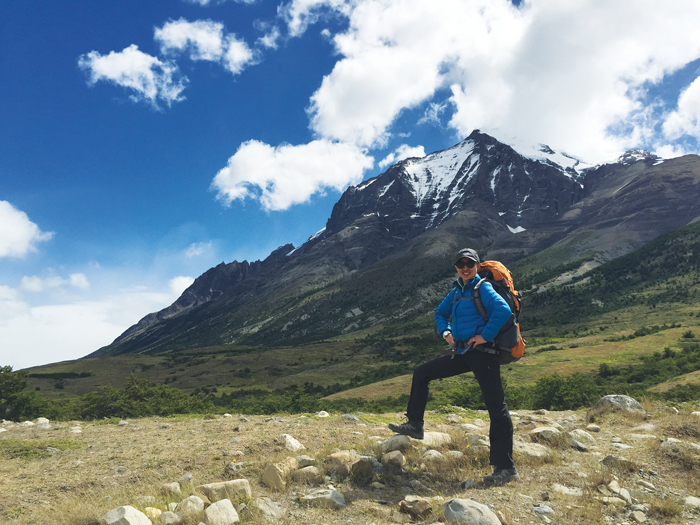 Joy Dai’s maternal grandparents came to the United State in the 1930’s. It was a bold move during that period. “They were the very early generations of Chinese studying abroad,” notes Joy. However, they returned once World War II began. While Joy’s mother wanted to come to the United States, she could not at that time. It was the 60’s, when China was in what is known as the “Mao-era”. The socialist Chinese government under Mao Zedong required people to wear only black and blue. Women had to have short hair, and no perms were allowed. Everyone was paid an equal amount no matter their profession. Recalls Dai, “It was a planned economy and the government gave vouchers. So you only had a certain amount of flour, meat, clothes. The government for the people was voucher-based.” Millions of people were killed and thousands committed suicide during those ten years.

“If you were born in a farmer’s family, you were considered poor. So now all the descendants of that family would get preferential treatment and the government punished the wealthy. So if you are from a privileged family, you are penalized because you are looked at as someone who was taking advantage of the poor.” Joy’s maternal grandparents’ situation was a perfect example of the severe political policies imposed during the Cultural Revolution or Mao era. In their case, because they had received education in the United States and were well connected socially to upper middle class Americans, they received harsh treatment.

“The Western world was considered evil. My grandmother was locked up by her students in a jail within the school. They interrogated her everyday. She suffered a stroke and went paralyzed because of the stress,” says Joy. “My grandfather was also interrogated frequently and of course my mom was being penalized. She was smart and skipped a couple of grades. But when she was applying for college, she was told by the government which colleges she could go to and which she could not because of the family she came from.”

Joy and her older sister did not grow up in the Mao era, but were told many stories about it when they were young. As a result, studying in the United States for college seemed like a way to fulfill their grandparents’ wishes. After President Nixon had reestablished diplomatic relations with China in 1978 when he traveled to Beijing, it had become safe to do so. Regarding Joy’s and her sister’s journey to the States, Joy says, “My sister was the pioneer. We are five years apart. I followed in her footprints.” Her sister went to Salem College, as did Joy. However, when Joy went to Salem, her sister was already working in another state. So the young woman from China who knew little English was all alone in a new country with no friends and only a Chinese/English dictionary in her purse.

“I was so sad and miserable,” Joy admits. “The amount of money it takes to go abroad and get visas — you have to have the mentality you may never see your parents again because it costs too much to get home.” Joy worked 60 hours a week getting very little sleep at night. After classes, she would go straight to the library and would have to look up every third word in her books from class. “I didn’t even know what the word ‘strategy’ meant.” So while everyone was studying their notes from class, Joy was translating text. After studying, Joy would work for 20 hours at a marketing firm and 20 hours on the weekend at a restaurant. It was seldom that she would call her parents because it cost $3 a minute to talk. “We didn’t have internet or email, so I would script out what I would say and have to hang up quickly.”

During Christmas break and the summer months, the dorms were closed so Joy had to find a place to live. Joy remembers a few of those places, “I pet-sat for a professor and stayed at their house. I lived in someone’s basement. I rented a place with a friend.” But Joy admits, the time was very lonely indeed.

Upon graduation, Joy received a huge confidence booster. Joy, who would already be graduating Magna Cum Laude, was also chosen for the President’s Prize. It is given to an outstanding student based on academic achievement and is given by the Alumnae Association. “Just coming in as someone who didn’t know if they could make it, to struggling through classes and social settings, to feeling extremely lonely — to having great professors and mentors — to get that honor. I think the chair of the business department was really kind, Professor Richard Johe. I think he helped with that. He thought I studied so hard and came a long way. We still keep in touch.”

Although Joy still missed her parents (she had not seen them for five years at this point), she received a job offer she could not refuse. It was a position at Hanes as a Sales Analyst for the Walmart team. They wanted her to start immediately. She ended up staying there for fourteen years. Joy jumped around from department to department, eagerly learning and ultimately succeeding in each area. “Wherever there was a meaningful learning opportunity for me, I took it. There was a never status-quo kind of pass.”

Another reason Joy stayed in the United States was because she fell in love. In 2003, she met her American husband, Steve. It was a turning point that signaled to her that she would never return home for good. Currently, Joy and Steve see Joy’s parents once a year. They either travel to China or her parents travel here and stay for a month. Joy now works at a German company, Amoena, which specializes in post mastectomy breast care. For her job, she travels, “ I travel nationally and some internationally. If I don’t travel, I get antsy, too.”

Joy reflects back on her journey to becoming a United States citizen and says it was well worth the trials. She has great appreciation for how Americans are encouraged and taught to think. “The way the U.S.’s educational system trains students is it trains them to become a thinker. The Chinese train you to be a taker. In the United States, there are systematic problem-solving skills and leadership skills taught for ways to succeed in life.” While Joy grew up in China, she seems resilient to failure. Sounds like her resiliency served her well as she learned to, well, ‘think’, just as many of her other fortunate American neighbors have.