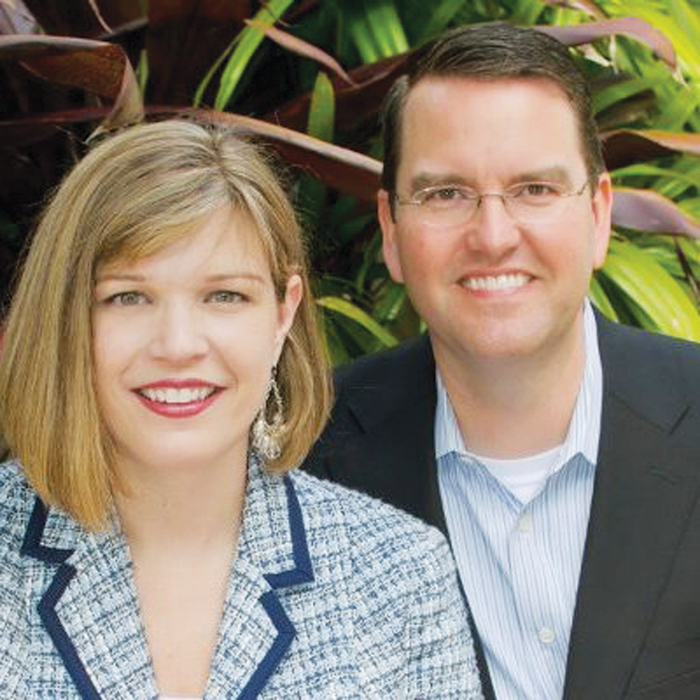 “My dad said, ‘I will support you in anything you choose, but make sure you want to do this because you have so much opportunity with the business world that has opened before you.’” The conversation was between a young Pastor Rob Peters and his father. Pastor Rob was asking for advice about which direction to lead his young professional life. Ultimately, Dr. Peters, or Pastor Rob, as most call him, says by choosing a life in the ministry, the world has opened up. “I could never have foreseen the places I would get to go and the things I would get to do.”

As a child, Pastor Rob grew up on a farm in Cleveland, Tennessee. The boy was all boy, as they say. He was full and loved playing on the tractors and cavorting on the acre after acre of rolling green farmland. He lived a small town life as the middle child between an older sister and a younger one. “I was raised by three moms,” Pastor Rob quips. He played any and every sport hoping to get a scholarship to college. While he was offered scholarships to small schools, Pastor Rob decided to pass on that dream and pursue a major in business at Tennessee Tech University. In Chattanooga, TN, Pastor Rob worked for Deloitte & Touche, one of the big six accounting firms at the time. “They moved me to Atlanta and Chicago to work. During that time, I began to ask the big questions in life: ‘Why am I here and what’s life all about?’”

While contemplating the answers, Pastor Rob had a talk with his co-worker at the firm in the corner office. “He said, ‘We want you to work at our firm. But, Rob, I think you would be a really good pastor.’ He had seen me caring for people and helping people. I think I was making my faith my own in the accounting office.”

Pastor Rob talked with his own pastor who encouraged Rob to continue his education. “I thought I would never use my business degree,” Rob concedes. “I use it all the time.” Rob went from graduating at the top of his class with honors to almost failing out of seminary school. “I was learning things like Hebrew for the first time and I had no perspective in which to frame this new educational experience.”

Pastor Rob would persevere. In the meantime, he also needed income. With experience in accounting, Pastor Rob applied for a job at Ernst & Young, a highly competitive firm. Once hired, he worked 30 hours a week while taking 18 hours of classes at Southwestern Baptist Theological Seminary.

Upon graduation, he took a job as the research assistant at First Baptist Church in Dallas, a southern Baptist mega church in Texas. There, Pastor Rob’s eyes were opened to tremendous opportunities. He spent summers on sports mission trips in places like Latin America and Africa. Working under the senior pastor in such a powerful church, Rob quickly learned the ropes. Then one Sunday, perhaps God decided to show Rob he was ready to lead.

That Sunday, Pastor Rob was asked to fill in for the senior Pastor. After his sermon, a man in the congregation came up to Pastor Rob. “He said, ‘Have you ever thought about planting a church in the fastest growing community in America?’” The fastest growing community being referred to was Atlanta, Georgia. Pastor Rob felt God was calling him to make the move. So the single pastor packed up his bags and moved to the hot, southern east coast.

“To go to a community with no one and have nothing while trying to get a church started — it was tough,” acknowledges Pastor Rob. “But there was a network and we began to have bible studies and began to have worship services.” Eventually Pastor Rob set up a church. The church began to take off.

It is possible the church was not the only reason Pastor Rob was called to Atlanta. He may also have been summoned to Atlanta to meet Wendy. For it was in Atlanta the two started to date and ultimately decided to marry. Wendy and Rob had known each other previously when they worked at a student camp in Tennessee, but it wouldn’t be until they were in Atlanta that things took a serious turn.

After establishing roots in Atlanta and setting up a successful new church, Pastor Rob came home and told Wendy, “I think it is time to move. I just have this feeling in my heart.” Wendy said she was up for it. Wendy told her husband she would move anywhere but Florida. Sure enough. Pastor Rob received a job offer in Florida. The two boxed up their belongings and headed to the sunshine state.

In Fort Lauderdale, Florida, Pastor Rob was asked to serve the church that had been struggling to get its feet on a solid foundation with a dedicated following. “I was on the only pastor when I went there and we had only 300 people.” Under Pastor Rob’s vision, he grew the church to over 3,000 people with over 90 employees. The church also had done work in four continents in the Caribbean Basin. They had seen five churches planted, two Spanish, one Korean, one Chinese, and one English speaking. “In Fort Lauderdale, we thought we would spend 3 to 5 years there. But we loved the people.” So they spent fourteen years there instead.

Another reason the couple felt compelled to stay was also due, in part, to their growing family. After struggling to become pregnant and dealing with the difficulties that sometimes go with infertility treatments and miscarriages, Wendy and Rob began to raise their children in Florida. “It was the best fourteen years,” Rob smiles. But after fourteen years of living in Florida, Pastor Rob had the same feeling in his heart again. “I told Wendy, ‘I think we are going to move again, soon.’” He was right.

Pastor Rob got a call from Calvary Baptist Church in Winston-Salem, North Carolina. He was offered a position as senior Pastor. Pastor Rob says his moves are comparable to the story in the Bible about Issac and Jacob. “There’s that constant next step of leading. The next step God has for me is building, redeploying the church ministry, and directing the church to be unified and intentional. He wanted me to make the most out of each church, including Calvary.”

As for consistently rebuilding successful churches, Dr. Rob says his secret is having a big vision and working through a lot of sweat and tears. “God puts things in my heart to move churches to the 21st century.” Pastor Rob says he believes God is putting Calvary on the map both locally and internationally. “God has ministries. My job is to redirect and reconnect for what’s next — to redevelop it locally and redeploy it globally. We live in a globally-connected world.”

Perhaps, nobody knows more about those global connections better than Pastor Rob Peters, who has stood in cathedrals in Europe and chatted with the president of Africa. In his role as pastor, he has not only traveled the world, but also written books such as “Let’s Chat,” which discusses technology and how it invades our children’s daily lives. Choosing to be a pastor has also opened many doors Rob never knew were there to be unlocked. “It’s allowed me to stand in the halls of influence. I remember teaching at Oxford and saying as I stood at the lectern, ‘How does a small town boy from Cleveland, Tennessee, end up standing here lecturing like this?’” I would say never in a lifetime did I think — but this is the power and the grace of God.”

Pastor Rob says he likes to go back to the family farm in Tennessee because it keeps him well rooted. “My dad’s dealing with the early stages of Alzheimer’s. I walked with him thinking about how I had walked on that farm with my grandfather and now my children were walking with their grandfather. It’s incredible the two different worlds—a month ago I was sitting with Paul Ryan shaping ideas about government and religious freedom and a few days before that, I was on the farm with kids in tow and my father talking about the 200 years of history on that farm.”

About three years ago, Rob wrote a letter to a columnist encouraging the journalist to continue writing about the good in people in our community. The journalist kept that letter and would read it when she was having a hard day. Pastor Rob did not know yours truly, nor had we ever met. But that letter is true to Pastor Rob’s character and mission. Our neighbor is forever encouraging in such a positive matter, using a splash of wit to go with it.