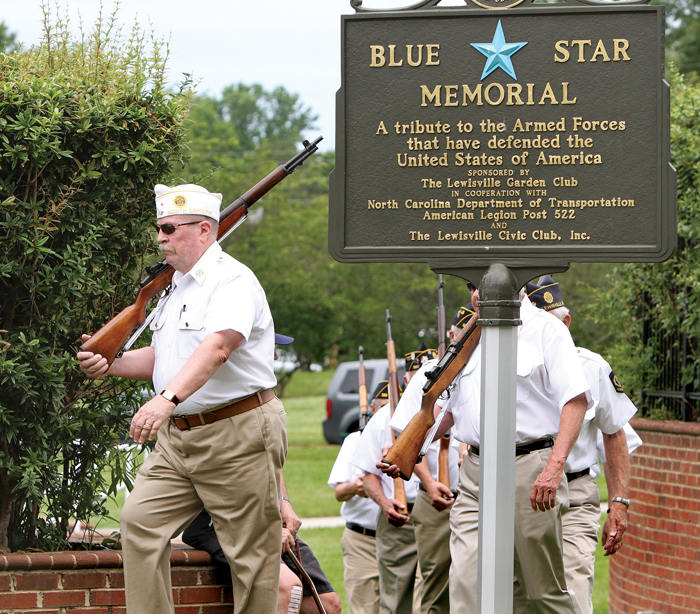 Patriotism and American flags were abundant. As it does every year, Post 522 memorialized a former member.

This year, a memorial American flag was presented to the family of the late Alon Edward Utt, who died last year. He had served in the U.S. Army. Daughter Stacy Wooten received the flag. Guest speaker Bill Oxford, past N.C. State Commander of the American Legion, spoke about the sacrifices of those who died in combat. Remembering their deaths and sacrifices is what Memorial Day is about, he said.

Larry Morris, Post commandere said the Memorial Day observance is now in its 14th year at Shallowford Square. He praised Oxford’s speech, calling it one of the best they had heard, but the giving of the American flag to the family of a former member remains the most touching part of the observance.