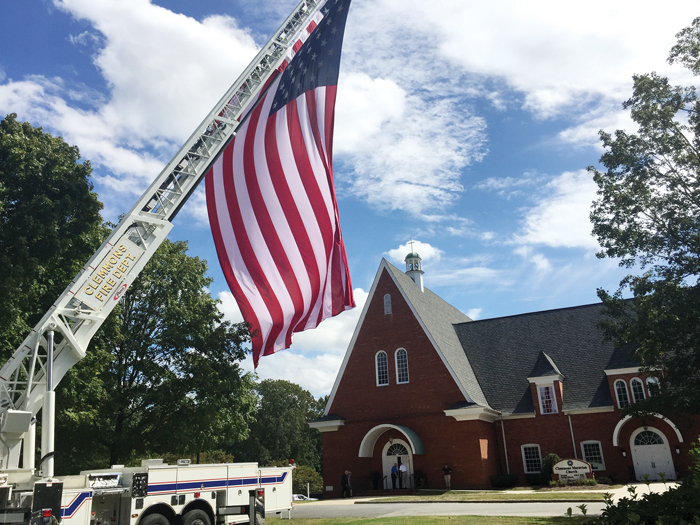 The Clemmons Fire Department’s giant American flag towered as tall as the church steeples on the Clemmons landscape Sunday during a memorial service honoring the fallen firefighters of Sept. 11, 2001.

People turned and gawked as the big 1,800 square foot flag waved in the Sunday afternoon breeze outside Clemmons Moravian Church on Sunday, the 15th anniversary of the attacks on America.

Clemmons Fire Chief Jerry Brooks has repeatedly vowed to hold an observance every years, and Sunday’s turnout demonstrated that village residents support his tenacity. About 250 residents filed into the church sanctuary for the familiar memorial. Moravian pastor Ray Burke spoke. The Sons of Thunder performed patriotic songs. And the firefighters made their salute to the fallen New York City staff who entered a burning building.

Brooks said he was pleased with the community’s support, and yes, the department plans to do it again next year.