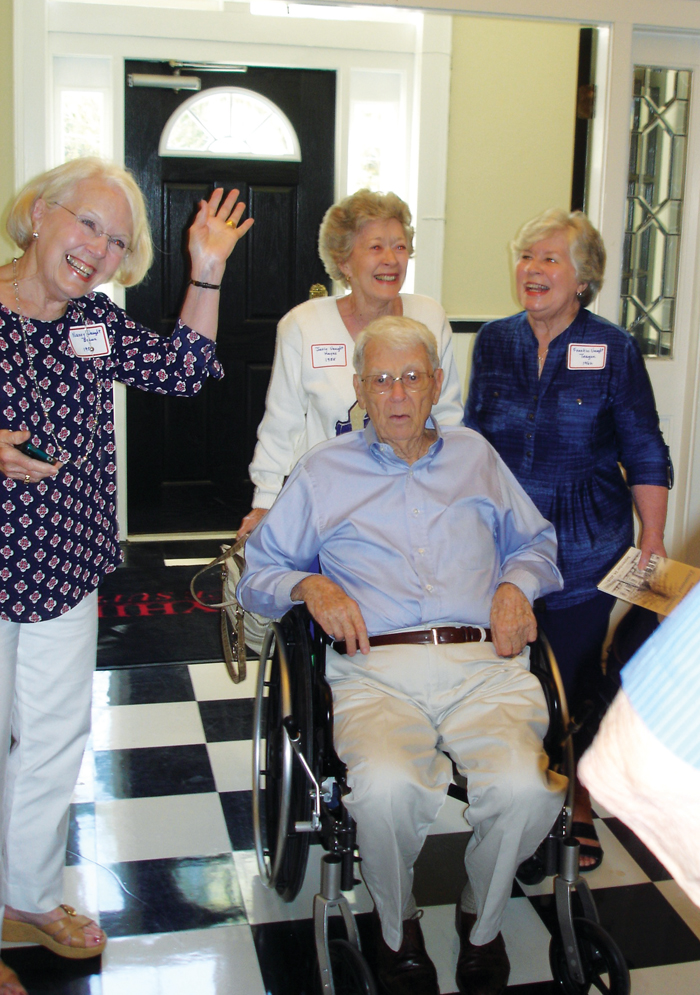 The 60th year reunion for the Clemmons High School Class of 1956 was held last Friday at the pavilion of Clemmons Moravian Church.

There were 32 members in this last graduating class of old Clemmons High School. The consolidated Southwest High School opened in the fall of 1956, and included Clemmons, Lewisville and South Fork Schools.

Special guest and principal of the class was W. Frank Morgan attended.