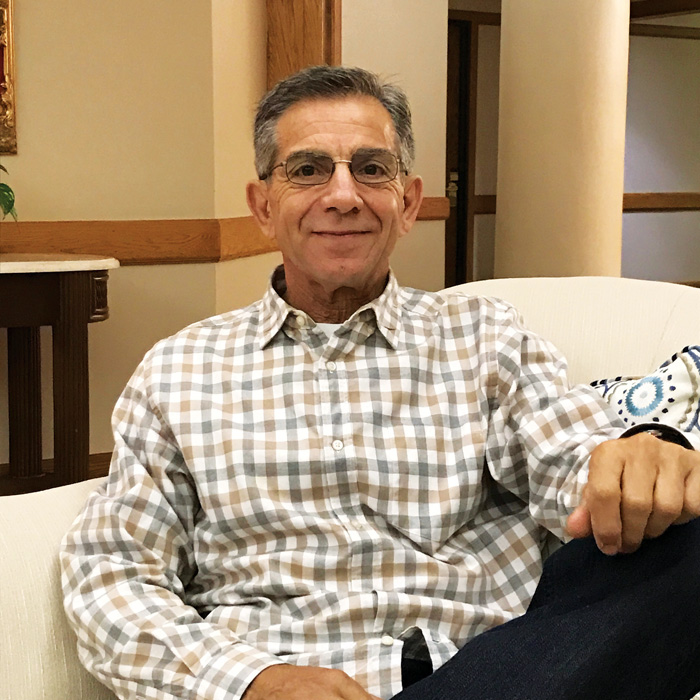 Dan Mastro served in Vietnam before joining the Los Angeles Police Department where he spent 26 years.

Growing up in San Fernando Valley, California, Dan Mastro was taught by his two Italian parents about the importance of respect. “We were taught to respect authority — our parents, the police, as well as others. This was drilled into us on a daily basis,” Dan states. “We called our neighbors by their last names, with Mr. or Mrs. before the last name.” Dan also recalls his parents teaching him the value of perseverance. “This word perseverance — never give up — is one of those life lessons my father drilled into my brother, sister and I. Looking back, it has benefitted my life and journey, for the better.”

Dan’s father, Joe, had served in the United States Navy. Like father, like son, Dan signed up for the Navy after high school. Within six months, Dan was in Vietnam. Dan was assigned to the USS Cohoes ANL 78, a net layer, re-fitted as a Vietnam Salvage ship. Dan and his crew were considered part of the “Brown Water” Navy. “We were able to maneuver in very shallow waters. Our main mission was to keep all of the fuel lines in Vietnam operational, as well as salvaging the blown up Merchant Marine ships hit by the Viet Cong.” Dan went to Vietnam as an eighteen-year-old boy, but came back with the soul of a man. “I understood what it truly meant to serve our country — what my father always talked about when speaking about the importance of patriotism. I know my father is looking down from heaven, saddened by what he sees today.”

Returning from Vietnam, Dan was unsure of himself and what direction he was supposed to go in life. He took a job at a grocery store. Then, a neighborhood friend suggested Dan join the Los Angeles Police Department (LAPD). “This is when I believe God turned the light on. I thought LAPD, ‘I’m going to become a police officer.’”

Turns out, it was not that simple. Valuing honesty, Dan admitted to trying marijuana a couple of times while in Vietnam. As a result, the LAPD put the former soldier through the ringer. He was polygraphed (which came back inconclusive) and was given an oral examination. Dan pleaded his case to the Police Commission who then told Dan to come back a year later. Meanwhile, Dan began taking a full class load at the local college while also working full-time in the evenings.

The next year, Dan went back to the LAPD. Once again, he got the same results. The polygraph came back inconclusive and Dan was told to apply next year. So, a year later, Dan went back for a third time. “I once again took all of the tests over again. I completed them with flying colors, passed the Polygraph Examination, and joined the ranks of the Los Angeles Police Department in August 1976. I never gave up.” For twenty-six years, Dan served the LAPD. He says he loved it so much he would have done it for free. Dan acknowledges there were impactful interactions.

In the early 90’s, Dan met an eleven-year-old boy named Jose. “Jose was from a well-known Hispanic family who were hard-core gang members. Many of the older members of this family had been with the gang since its inception, which dated back to the early 50’s.” Dan tried to counsel Jose. “Jose, at times, was like a young boy should be — adventurous, fun, excited. At other times, he was hardened, like a hard-core gang member.” Over the years, Jose’s criminality worsened. When Jose was just shy of his eighteenth birthday, the gang member was arrested for a slew of armed robberies and was sent to prison.

“One may ask, why I share this story. It is simple. Jose never had a chance. He was brought up in the gang life. His hatred for the police and for authority, and his complete lack of respect, for himself and human life, was taught and learned from his family. I blame them for his outcome. If one would ask what my biggest defeat was while serving the LAPD, it was not being able to save many of these young men and women from a life of crime, torment and incarceration.” Dan observes the violence in today’s world. He is saddened by it all, but blames family dysfunction and lack of faith for many of the violent outbursts. “The breakdown of the family foundation is, as far as I’m concerned, one of the biggest contributing factors to the demise of our inner cities,” Dan says. “The other reason is the lack of faith. God, no doubt, is the true secret. If you are truly serving Him, you aren’t fighting the police, committing crime, and burning down our cities.”

Helping the troubled youth has always been a passion of Dan’s. As a result, he created a program for those in prison to be mentored at the Ronald Regan Presidential Library. “The mission was simple, to inspire at-risk and incarcerated youth from Ventura and Los Angeles Counties by sharing the story and lessons of President Ronald Reagan at his presidential library.” Dan, as well as many others who joined volunteered for the program, taught the troubled youth about the great attributes of President Ronald Reagan, such as integrity, honesty, and hard work. While Dan has since moved away from California to live on the East Coast, the program continues to this day.

As for what Dan is doing today, he says he is, “… waiting for my next assignment from the good Lord, as there is so much to be done here for this great country of ours.” Our neighbor, Dan seems to share the same philosophy as Ronald Reagan, “If we ever forget that we are One Nation Under God, then we will be a nation gone under.”