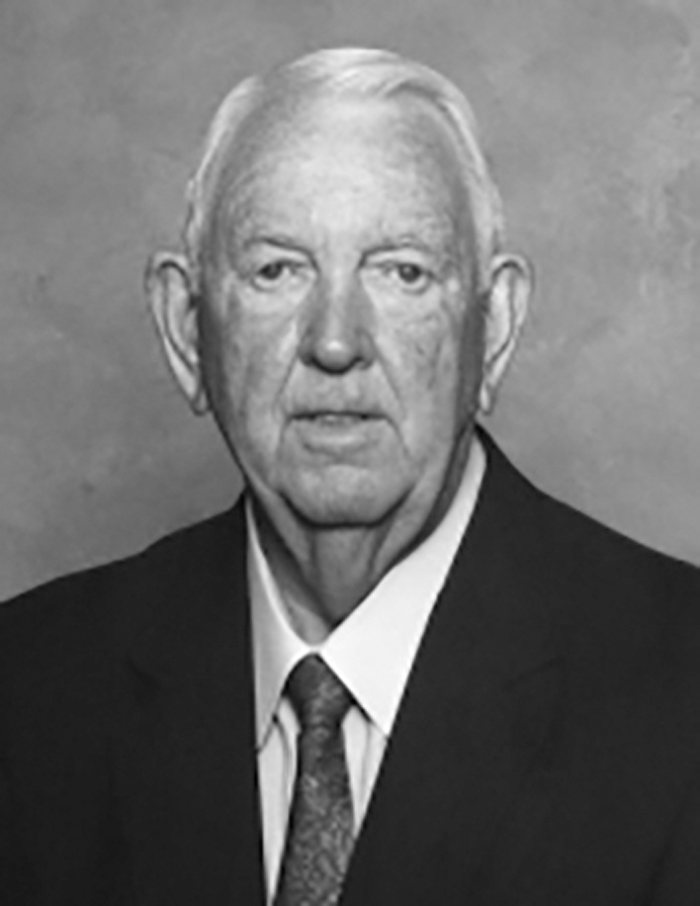 Mr. Dennis Oliver (D.O.) Southern, 84, passed away surrounded by family on Saturday, Nov. 19, 2016, at the Kate B. Reynolds Hospice Home following six months of declining health. He was born on May 2, 1932, in Stokes County, N.C., to Wyatt Woodruff Southern and Hessie Eugenia Bennett Southern. In addition to his parents, he was preceded in death by four sisters, Mary Viola Southern Cromer, Ila Mae Southern Bowen, Nancy Opal Southern Dobbins and Lucille Bennett Southern Throckmorton. He is survived by his son, Steven Dennis Southern (Sonja) of Advance, N.C.; his daughter, Carole Southern Crosslin (Joey) of Greensboro, N.C.; his sister, Joy Olene Southern Booth, of Winston-Salem, N.C.; and many nieces and nephews. Mr. Southern attended Hanes High School, served in the U.S. Navy and had a distinguished career in law enforcement with the Winston-Salem Police Department and the Forsyth County Sheriff Department. His experience as a detective served him well as he transitioned into insurance claims investigations. He was a district manager with Gay & Taylor Inc. when he left the firm to open his own company. He operated Southern Adjusters Inc. for 24 years, handling claims for General Motors, Halmedica, Utica Mutual Insurance Company and other large, well-known corporations. At the time of his death, Mr. Southern was a member of the Clemmons United Methodist Church, including the Men’s Club, Clemmons Civic Club and Clemmons Masonic Lodge. He was proud of being the past president of the Clemmons Jaycees, during which time the organization won the coveted Giessenbier Award, which is given annually to the most outstanding chapter in the state. Mr. Southern also helped found the Southwest Forsyth Little League. He was an avid golfer, loved working in and having a beautiful yard, which was featured in both the Winston-Salem Journal and Clemmons Courier, and enjoyed watching basketball, football and baseball. He lived life to the fullest and was thankful for and beloved by his family, large circle of friends and the Clemmons, N.C., community. A memorial service was held on Sunday, Nov. 27, 2016, at Clemmons United Methodist Church with Rev. Matthew Burton, Rev. Paula Northrop and Rev. Mark Portis officiating. It was Mr. Southern’s wish that family and friends who attend the memorial service join Steve, Sonja, Carole and Joey for the reception to eat, socialize and joyously celebrate his life. In lieu of flowers, memorials may be made to Clemmons United Methodist Church or to the Hospice & Palliative CareCenter in Winston-Salem. Online condolences may be made to www.hayworth-miller.com. (Hayworth-Miller Kinderton Chapel)

Obituaries for the week of June 9