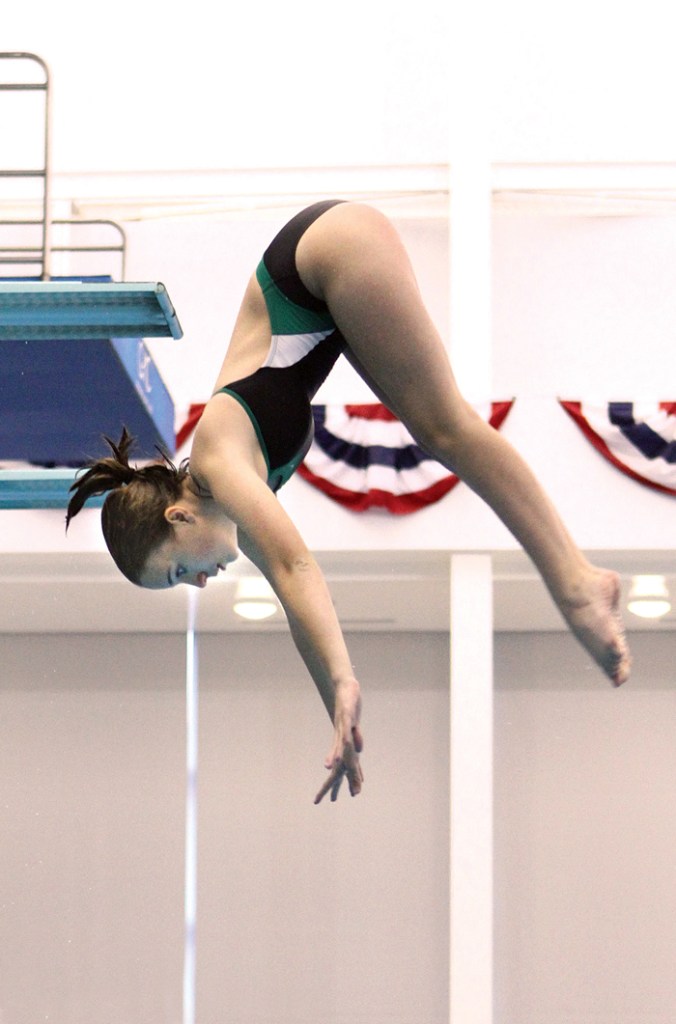 West’s Abbey Taylor completes a dive during regional competition last week. At left, Jack Joram competes for West. Taylor placed sixth in girls competition while Joram was a fifth-place finisher in the boys competition. Both Titan divers qualified to compete in the state meet this week.

Five West Forsyth individuals and three relay teams qualified for the state swim meet after turning in strong performances at the Central regional championships in Greensboro.

Tucker Burhans led the way for the Titans by qualifying in the 50 free and 100 free. He placed second in the 50 and third in the 100. Luke Vlahos also qualified as an individual for West. He will be competing in the 100 fly at the state meet. In relays, West boys teams advancing to the state meet include the medley (Burhans, Jackson Coates, L. Vlahos and Michael Vlahos); and the 200 free (Burhans, L. Vlahos, M. Vlahos and Sloan Watkins).

In team scores, the West girls placed sixth while the Titan boys were seventh.