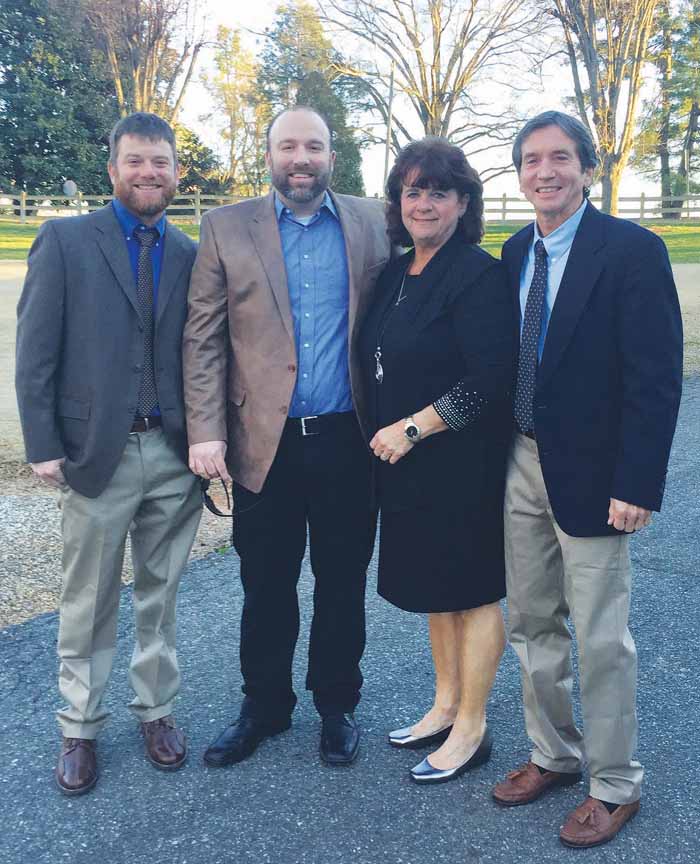 Marty Beeson, long time resident of Clemmons, was inducted into the East Forsyth High School Hall of Fame for 2017, on Saturday January 28. The awards ceremony and banquet was held at East Forsyth High School. Beeson’s sons, Ben Beeson and Brian Long, were in attendance, as well as his wife, Gail, his mom, Louise, his brother David and wife Hilda Beeson and his sister Lu Ann and husband Steve Cutright and a group of friends.

Beeson graduated from East in 1968 and lettered in track, cross country and wrestling. Beeson broke track and cross country records: running 4.389 mile in track and 9.02 in the 1.9 cross country course. The next year he broke his own personal record running a 4.388 mile. His senior year he again beat his own PR , running a 4.34 mile in the the NCHSAA state meet.

Beeson was voted MVP in 1967 and 1968 in cross country while at East. Beeson thanked all his coaches at East which included, Bob Jackson, owner of Sunrise Peddler and also a long time resident of Clemmons.