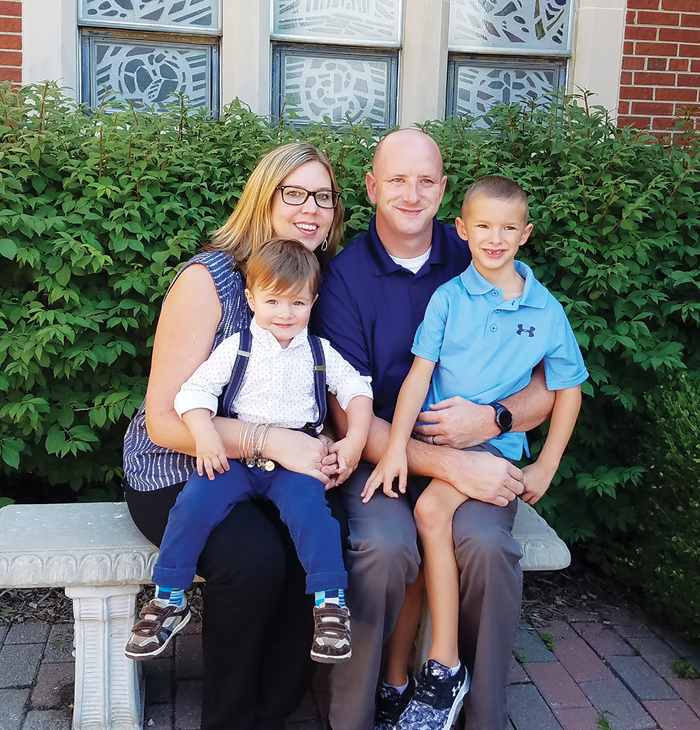 Adam Willis cannot walk through an airport without being spotted. The pilot has 41,000 followers on Instagram and is quite well-known for combining his passion for flying and photography. Passengers, gate agents, pilots — they all recognize Adam from his Instagram page. “People are always stopping me and saying hi or introducing themselves,” says Adam. “Passengers will thank me after a flight and tell me to keep posting the pictures because they really enjoy them.”

The pictures Adam is referring to are the ones he takes while flying. The pilot makes sure to snap each photo while outside the sterile cockpit, which means when the airplane is above 10,000 feet. From that high above Earth, the spectacular scenes are ones most people will never witness in a lifetime. “We see the Northern Lights. You can see the craziest views of thunderstorms. You can see all the stars because there are no lights affecting your view of the stars. I have seen the International Space Station fly above me numerous times.”

Clearly, Adam wanted to simply share the tremendous views from above by posting photos on social media. He had no idea his photos would create such a following. “I started taking pictures just for fun, but then I started getting messages from people asking questions such as; ‘How do you become a pilot?’ or ‘What do you do?’ So it has evolved from me taking pictures to peak their interest in aviation.”

His theory worked. The number of followers began to increase as did the folks interested in meeting Adam. In fact, a group of boys in Boston met Adam in the airport eager to talk about flying, airplanes, and aviation. Adam kindly took the time to answer each and every question. Throughout the years, Adam has kept in touch with each child. “There were five of them and each kid is in aviation school.”

As a child himself, Adam grew up loving airplanes. However, it is not too surprising considering the fact that his father and grandfather both fly small airplanes and helicopters. Born in Winchester, England, Adam lived in Winchester until he was eight. Next, his family moved to the Isle of Man. While the island is under the British Crown, it is located in the Irish Sea between England and Ireland. It is only thirty-two miles long and sixteen miles wide. The island is known for its medieval castles as well as its Celtic and Viking legacies. Education for children is a tad different than it is in the States. “There is more focus on foreign language far earlier. I was doing French, Latin, and Spanish in school before I moved over here.”

Adam and his family moved to the United States when he was 13. “Myself and my brother were looking forward to it. We had family friends in Florida and then they moved to North Carolina. That’s when my family fell in love with North Carolina.” The 13-year-old fit right in when he moved to Lewisville. He not only adjusted well to the move, but found his accent slipping. “I think being younger, I lost it pretty quickly because you want to fit in a little bit.” By 17, Adam spoke like an American, had taken flying lessons, and was landing planes at Smith Reynolds Airport throughout his senior year.

Adam went to college at Embry-Riddle Aeronautical University in Daytona Beach, Florida. He had planned to head straight to the airlines to fly the friendly skies, until there was a halt in hiring. The pause in hiring occurred because of the terrorist attacks on September 11th that brought down the Twin Towers in New York City. “The hiring froze. There were a lot of layoffs. So I became a flight instructor in Detroit.”

The same company where Adam was a flight instructor also had an opening for a corporate pilot. “Flying corporate was great. We were flying to all the fun spots — Aspen, New York City, Napa — so being able to throw your golf clubs on the plane and golf wherever you like, paid for by the company was great.” However, trying to find a quality of life with the demands of the corporate schedule proved to be more difficult. Adam was told of his destination a day or two in advance. He never knew if he would be gone for two days or twelve days until shortly before the trip. While corporate flying had been fun for Adam, he had met his future wife, Sara, and was ready to create a more regular schedule as the two settled in as newlyweds.

Luckily, a Midwest airline called, Masaba was hiring. Adam was easily hired. While it was a good transition for Adam, Masaba, which was a subsidiary of Northwest Airlines, was soon bought out by Delta. Shortly thereafter, Adam moved over to JetBlue. Ironically, his brother, Jamie, was hired at the exact same time. “I know there are a lot of siblings who fly for JetBlue, fathers and sons or fathers and daughters, but I don’t think anyone has ever been in the same training class as my brother and I.”

As a captain at JetBlue, Adam is able to have a more predictable schedule — a huge benefit for his wife, Sara. “Sara and I met up in Michigan in 2004 and married in 2007. She’s been along for the ride. She was there in the corporate schedule and now the airlines. We can plan ahead with my schedule based on what we and the boys have to do.”

The couple has two boys, Liam, who is six and Owen, who is two. The boys will be able to get dual citizenship, just like Adam who received his in 2012. Adam believes being a pilot nowadays is easier on families than before the technology era. “On average, I am gone half the month. But when I am home, I am home twenty-four hours a day. When I am gone, I get to see and talk to the kids everyday on Skype or Facetime. So I get to see the kids everyday unlike pilots who were only able to call home in the past.”

Thanks to today’s technological age, Adam not only gets to see his kids everyday, but can continue to share his passion with the world through his Instagram page. “There is nothing else I would rather do, than be a pilot. The greatest office I have is up in front of the plane. It was a hobby and now it is a career. I have to retire at sixty-five because it is mandatory for the airlines, but I will keep flying one way or another.” Just like his photos that have taken flight throughout the internet airwaves, our neighbor will continue to soar through the blue sky.