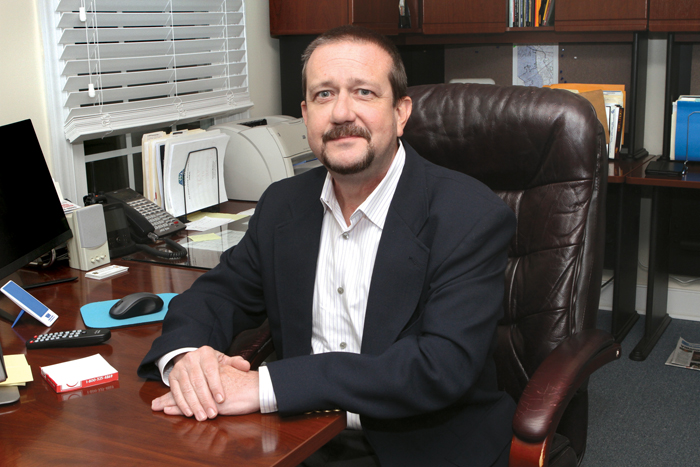 A request from Forsyth County for Clemmons to provide $226,500 in funding for sewer in Phase I of the Idols Road Business Park project was met by more questions than answers at Monday night’s Village Council meeting. Dan Kornelis, the county’s director of housing and community development, had appeared at previous council meetings to discuss the conceptual plan that continues to gain momentum. Forsyth is moving forward with the first phase of the project, including securing Beaufurn, a furniture company in Advance, for the first building and looking to add a second unnamed company in the 170-acre park.

That includes plenty of details, such as sewer, as Kornelis works through the numbers with a projected overall total project budget of $1,516,000 for Phase I that also includes road costs and other design/engineering/contractor fees. Kornelius said that the county is “putting in” $789,500 for the first phase with other funding comes from the Winston-Salem/Forsyth County Utilities Commission and the Golden LEAF Foundation. “Sewer will be an expensive part of the project and will be needed to make the park a reality for the other businesses that will be moving in,” Kornelis told the council. He said he didn’t need an immediate answer, which he didn’t get Monday night from Clemmons, but hoped a decision could be made by late April.

Councilwoman Mary Cameron wanted to know what the $226,500 request would take care of – with a more extensive Phase 2 down the road – and if Clemmons had the money in the Sewer Fund to cover what the county wants to do. Scott Buffkin, the new village manager who was serving at his first meeting, said that there is just over $3 million in the Sewer Fund, with $100,000 already committed to the library project. Cameron also wanted to know if discussions had been held regarding voluntary annexation with businesses considering the park. “We’re still looking at it,” Kornelis said. “Our intention is for you to annex the whole park.” Councilman Mike Rogers asked about a traffic impact analysis study and if the projection of 600 to 900 jobs was still accurate. “I think that’s the whole park,” Kornelis said of those numbers.

Councilman Mike Combest questioned that if Clemmons spends the first $226,500 and then is not willing to spend more going forward, would that money be wasted. He also said that it seems the residents of Clemmons will have to pay twice – as county residents and as Clemmons residents. “It seems we’re asking our residents to pay a disproportionate amount,” he said. “Why not make it one big bill?” Rogers also mentioned the possible sewer scenarios brought before the council at a recent meeting from Courtney Driver, city/county utilities director, after meetings among officials from Forsyth County, Davie County and Clemmons. Those alternatives ranged from $4.1 million to $11.8 million, but at the time, Driver said that Davie had verbally agreed to pay $4 million for a pump station on its side of the river that will pump flow across the Yadkin River directly to the wastewater treatment plant at Muddy Creek. So there are lots of things that need to be resolved among all the potential partners, but it won’t be cheap. “We’re talking millions,” Rogers said. “That’s a lot of money.”

Kornelis admitted there are still plenty of questions about the overall project, including sewer. “We have a number kind of in mind, but we want to make sure it’s a good number before we come back to your staff with that,” he said. “It’s not going to come near the $3 million and will be a lot less than that.” In other business, planner Megan Ledbetter told the council that several roads in Clemmons are already on the list of classified roads available for federal funding, but after reviewing the street network, other roads could be submitted to the Metropolitan Planning Organization for classification. “It’s just being proactive,” she said.

The roads already on the list include U.S. 158, Lewisville-Clemmons Road, Middlebrook Drive and segments of Idols Road, Hampton Road, Harper Road and the western segment of Peace Haven Road. Roads that could be considered include Peace Haven/Styers Ferry, Village Point Drive, Ramada Drive, Market Center Drive, Session Court, Neudorf to Stoney Drive, Idols Road Extension, Kinnamon Road, Stadium Drive, Knob Hill, Marty Lane, Holder Road, Clinard Road and the eastern segment of Peace Haven Road “I want to make sure if you ever wanted to do improvements to these roads within the Village of Clemmons that we have the opportunity to apply for federal funding,” Ledbetter said.

She said that documentation doesn’t have to go back to the MPO until May. The council said they would like to talk further about the roads at the upcoming retreat in April. In other business, the council: • Approved the usage of the Clemmons logo – since the Village is one of the sponsors and it’s a one-time event – for marketing purposes on the Village Inn website and for other businesses to also use in connection with the Southwest Athletics Babe Ruth World Series, which is scheduled for July and August.

It will also be allowed to be used on a 25-foot temporary sign.

Later in the meeting, councilwoman Mary Cameron expressed her concern about not getting any updates on how things were developing for the baseball event after Clemmons agreed to give Southwest $45,000 primarily to be used for capital improvements. She asked if Buffkin could get an update and set up a regular schedule to learn “what’s going on” between now and the tournament. “We haven’t heard anything in a while,” Cameron said.

• Approved the low bid of $130,175 from Dreambuilt Construction of Advance for the Salt Building at the Public Work Facility.

• Heard from planner Megan Ledbetter that the I-40 widening project would include noise protection walls with decorative panels adjacent to Fair Oaks on the westbound side of the interstate, and Tanglewood Farms and Westridge on the eastbound side, with work beginning in July.

• Approved a zoning petition change by Animal Ark, which plans to add 944 square feet to an existing veterinary services building and modify the parking to meet the requirements for that addition at its facility on Lawrence Street.

• Heard from Jason Keller, president of the Lewisville-Clemmons Chamber of Commerce, who expressed thanks for the support from the council and other businesses and organizations for the upcoming Clemmons Community Day. The eighth-annual event will be held on May 6 from 10 a.m. to 3 p.m. at the Jerry Long Family YMCA. • Approved Buffkin to fill the role of deputy finance officer.

• Voted to approve Ordinance 2017-02 stating that the Village would increase its limit for the procurement of architectural, surveying and engineering services from $30,000 to $50,000, allowing the council the flexibility to use the previous selected contractor when applicable or do the qualification based selection process.

• Heard from Shannon Ford in her marketing report. She said that sponsorships have been filled for most of the scheduled 2017 events.

• Heard from Robin Dean during the public comments portion of the meeting. He asked for the council to meet with him collectively or individually to talk about his concerns regarding traffic flow and safety on the roads in Clemmons. “I want you to give me an answer,” he said. “You can’t ignore me forever.”