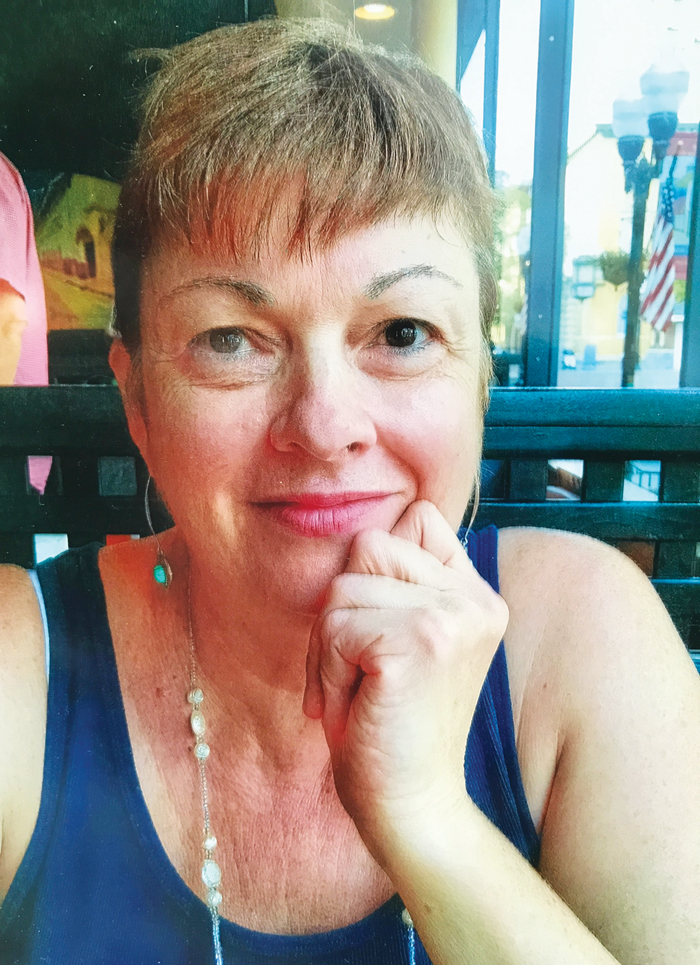 Growing up in the Bronx of New York, Susan Pfaff recalls life as fun. Her mother was a single parent, raising Susan in an apartment. On the floor above them, lived Susan’s maternal grandparents and her godparents. Susan recalls her grandfather, “Pops,” was the cook of the family. “He was a great man,” Susan says. “My grandfather was a merchant marine. He was the head of maintenance for three separate huge buildings in Manhattan. He had lots of people working for him and he could fix anything.”

One of his favorite people to spend time with was his granddaughter. She remembers some of her times with him, “We would go to the butcher and he would pick out the meat he wanted. He would get the butcher to grind it up.” Susan recall the butcher shops resembling those like the one in the movie, Rocky, with meat hanging from hooks. “We would also go to this place. You would pick your chicken. Then they would kill the chicken and give you the chicken. The guy would always give me the feet and I would put them in my pocket. I forgot to take them out of my pocket one time and it ended up in the laundry. My mom wasn’t too happy about that.”

Around seven or eight, Susan’s life changed. Her mom married and had two sons right away. Her grandparents moved to upstate New York into a house. While her grandparents still took Susan in during the summers and on weekends, she missed their company and easy proximity everyday. This new arrangement went on in her life until she was about fifteen or sixteen. It was around that time that Pops died. Susan began to date a boy in high school who was Ukrainian. She began to spend more time with him and less time in upstate New York. The parents of the boyfriend owned a Ukrainian restaurant. Susan remembers going to the house and cooking up a storm with her boyfriend’s mom.

Upon graduation from high school, Susan moved into the city, attended Thayer University, and began working for a couple of designers at Brooks–Van Horn, a prominent costume company. Her new job afforded her the opportunity to meet people from all walks of life, including Carly Simon and James Taylor, who were looking for a Halloween Costume. Since the company had seven floors of costumes, it was a good resource for that. Susan recalls working for one particular designer who was chosen to work on the costumes for a play at the Kennedy Center, which was just opening. “A lot of the actors had to wear these robes and they were made of gauze and made different shades of brown. The designer taught me how to use different kinds of teas to make different kinds of colors brown. I worked with all these people doing different things, I gathered experience you don’t learn while in a classroom.”

When Susan was twenty, she left this world and moved to upstate New York to help with her grandmother who was stricken with cancer. She drove her to and from hospitals, cooked her meals, and cleaned the house. When Susan’s uncle chose to put her grandmother in a nursing home, Susan moved back to the city. Her grandmother still had a few requests to make of Susan. Susan recalls a phone call she got, “She said, ‘Are you coming to see me?’ She asked for me to make her a lemon meringue pie. I hauled that thing on the greyhound bus. The next weekend, she wanted a hot dog on Italian bread. So that’s what I got her the next weekend. Then she passed away.”

Susan inherited $1,000 from her grandparents. She decided to use that money to purchase a ticket to Europe. At the time, Freddie Laker had started a price war with the airlines and was offering tickets to Europe for $99. There were lines of people waiting to get these cheap tickets, and potential fliers had to be ready at a moment’s notice. One day, as Susan waited in line hoping for a ticket, she met a girl who was from London. The two scored tickets to London for the next day. Susan offered her a place to stay that night. The girl offered Susan a place to stay in London. “I asked her what her father did, and she said, ‘Tea’. She was dressed pretty plain and seemed very level–headed.” When the two arrived at the girl’s parents house, it was nothing like anything Susan had stayed at before. “The house was bigger than a mansion. We stayed in our own wing. The kitchen was beautiful. There was an herb garden off the kitchen lead by a cobblestone path.”

From there, Susan traveled to France, trying a new bread and new cheese everyday. She traveled to Italy, testing the pastas and pizzas. She went to Switzerland and then treated herself to the delicious German chocolates. In Greece, she learned a lot about blood oranges. “They are red and they are gigantic. Every morning I would have one of those and a bowl of goat’s milk yogurt. My friend’s mom would cook up a storm. She would make this milky coffee with lots of chocolate. The last day, she made okra. I ate two bowls of it.”

When Susan returned from Europe, she decided she was tired of the busy lifestyle of New York and accepted an offer to move to North Carolina from a friend attending school at Wake Forest. One of her friends, Louise, helped open a restaurant called Leon’s. Susan would babysit Louise’s daughter, Rachel, during the day, and then they would switch duties. Louise would come home to take care of Rachel, and Susan would go work at the restaurant, waiting on tables and helping back in the kitchen.

Eventually, Susan left Leon’s and opened up Wachovia Bed and Breakfast. There were a few other changes in store for Susan’s life, as well. Some she didn’t foresee. “I dated people, but decided to stop looking for guys. That’s when I met my husband. We had mutual friends. One day, he knocked on the door. He said, “I’m Greg Pfaff, and my friend Joe says I have to meet you,’” remembers Susan. “We sat on my front porch for hours talking. He grew up here, but lived on 50 acres of land. Six months later, we got married.” The two quickly got pregnant with their daughter, Ann. Once Ann was about a year old, the two decided to sell the B&B.

Ann attended the Creative Learning Center for Very Young Children run by Othella Johnson. Othella saw how great Susan was with children and asked her to teach. Susan accepted. Eventually, someone from Summit School mentioned they were looking for a chef to help in the kitchen, which piqued Susan’s interest. Susan started as an assistant to the chef and eventually became head chef. Chef Pfaff, as all the children call her, is required to get to work at 8:00 a.m. She comes everyday at 5:30 because she likes to make everything from scratch. The pimento cheese, the bean salad, the fruit puree. She even saves broth when she makes chicken, so that when she makes chicken noodle soup, it has the savory flavors of a true broth one might have tasted made by a grandparent back in the 40’s.

Chef Pfaff has also been known to make extra lunches for kids with special needs, such as those with a dairy allergy or diabetes. She reflects on the various food needs for some of the children that she has worked to help with, “I used to have 15 different children with 15 different needs. Some of the needs — they would get sick or some children have a real struggle with eating different things. I have a little girl who use to only eat crackers. Now she is eating pizza and trying new things.” Children will often tell parents Chef Pfaff has better food than the dinners at home. Chef Pfaff will sneak in vegetables, create healthy meals like salmon, that somehow kids gobble up. “I think it’s the pesto,” she says modestly. Cheff Pfaff even serves a fruit puree with a heart on top that she personally makes herself. “The kids love it and it only takes a second to make the heart.”

Chef Pfaff’s interest in making food in service to others seems to be a natural gift she enjoys. Perhaps it reminds her of working with her Pops in the kitchen. Maybe she is carrying on the tradition of providing delicious foods to other children as her Pops did with Susan as a child. No matter the reasoning, no one can deny her love for providing healthy and delicious food with a dollup of tenderness.