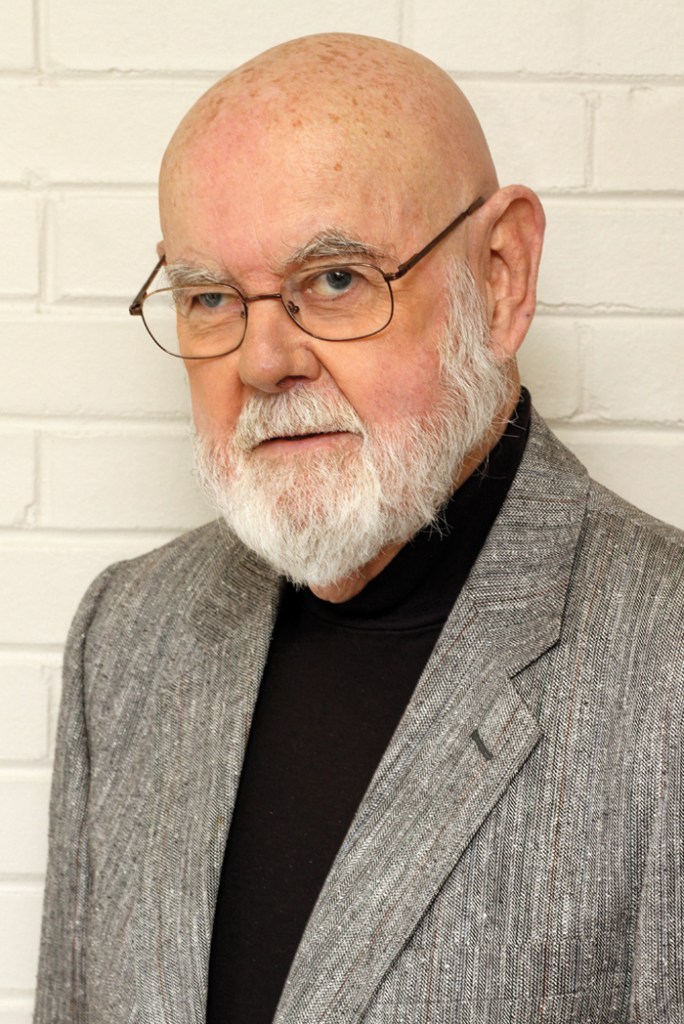 Richard Hal Creed, 83, of Winston-Salem, retired editor and columnist, died of cancer May 24 at the Kate B. Reynolds Hospice Palliative Care Center in Winston-Salem. Richard (Dick) was born in Mount Airy on June 30, 1933, the fourth of five children born to Mamie Newsome Creed and Richard Arthur Creed. Dick was preceded in death by his parents, two sisters, and an older brother. Dick graduated from Mount Airy High School and attended the University of North Carolina on a scholarship. At UNC he worked on the campus newspaper, The Daily Tar Heel, alongside friends Charles Kuralt, Ken Sanford and Rolfe Neil, who would go on to have notable journalism careers. After college, Dick worked for a few years at the Mount Airy News. In 1956 he began a 35-year-career with the Winston-Salem Journal. He was a reporter, news editor and book editor. Early in his time with the Journal he worked for a few years as news director for WSJS Radio & Television, a station owned by the Journal which later split off from the Journal and became WXII Television and WSJS Radio. Dick loved the English language and literature. He read the dictionary as other people read books. He was a mentor to many of the reporters who came to the Journal. His critiques of stories in the Journal, published occasionally in an in-house column called “Pats and Paddles” became a standard for clear writing at the Journal. Dick’s sometimes stern appearance belied a sense of humor and a great respect for people. His wife, Marie, once said that Dick was the first person she knew who really treated everyone equally, regardless of gender, creed, race or lifestyle. “You had to work hard to earn his disrespect.” After Dick retired from the Journal in 1991, he wrote a weekly column for the Journal that ran for nearly 20 years. His columns made grammar interesting, and he had devoted readers across the country. After the Journal column, Dick wrote a column for a local newspaper, The Clemmons Courier, and continued that column until his cancer diagnosis in 2013. Janice Gaston, a retired reporter from the Journal, recently wrote to Dick, “When I was young and green, I was scared of you. Once I learned a little more, I respected you a great deal. When you edited us and gave me a compliment, I was on Cloud 9.” Janice and Dick, and many other news people, became friends. These were friendships that lasted long beyond retirement. “I just wanted you to know that it has all been a pleasure and a privilege,” Janice wrote. In addition to his wife Marie, Dick is survived by his three children: Deborah Creed Pittman (Robert) of Charlotte, NC, Karen Creed Greenwood (Randall) of Lewisville, NC, and Richard David Creed of Lexington, NC. Other immediate survivors include grandchildren Morgan Greenwood, Will Brown and Whitney Brown; great grandchildren Liam Brown and Xalia Brown, and a brother, Perry Creed. Dick is also survived by his ex-wife and friend, Jean James, who sent him cards of encouragement and delicious chicken stew during his illness, and her husband Monroe, as well as Dick’s best friend for more than 50 years, Robert (Bob) Stern. Thanks to Arlene Thompson for her untiring support and cheerfulness. There are many, many more relatives and friends who helped make Dick’s life full, fun and interesting. There will be a memorial service Saturday, June 3, at 3:00 pm at the Unitarian Universalist Fellowship of Winston-Salem, 4055 Robinhood Rd , Winston Salem, NC 27106. In lieu of flowers, the family asks that any memorials be made to the Unitarian Universalist Fellowship of Winston-Salem or to the Kate B. Reynolds Hospice Home, 101 Hospice Ln, Winston-Salem, NC 27103, or to the charity of your choice. (Affordable Cremations, 2901 Lyndhurst Dr, Winston-Salem)

Obituaries for the week of Oct. 6

Obituaries for the week of Sept. 29

Obituaries for the week of Sept. 22

Obituaries for the week of Sept. 15