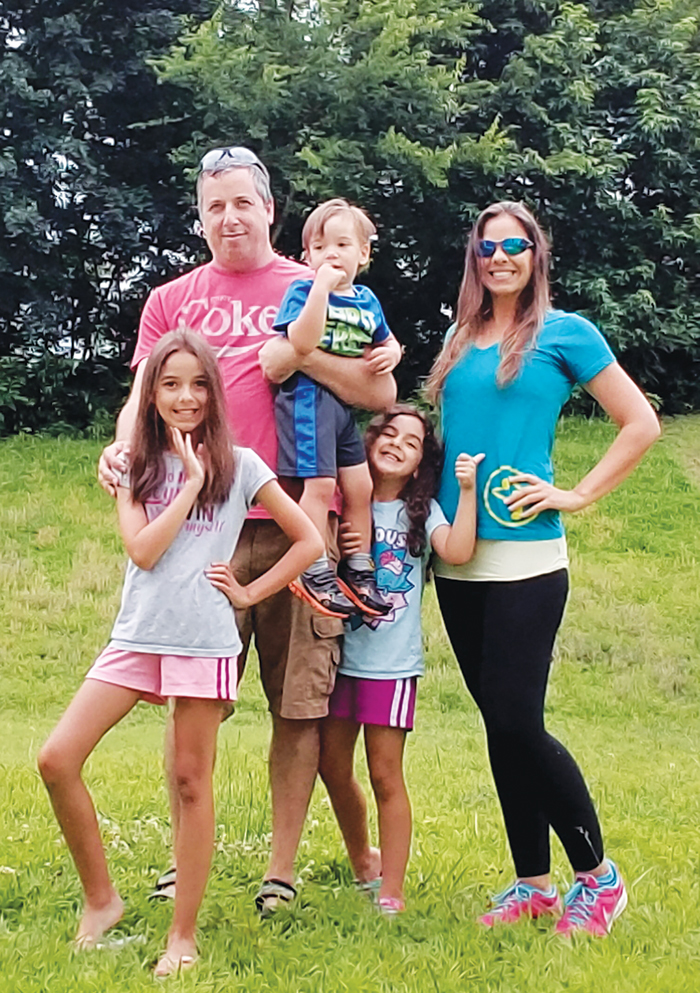 When people turn eighteen in Israel, they are required to sign up for the military. Men serve for 36 months and women for 24 months. The young couple, Adi and Shai Tsemah, joined the army, met the requirements, left the army, and began traveling. The two traveled around Southeast Asia to places like India and Thailand. “We travel really well together,” says Adi.

When the the two came back, reality set in. Adi worked as an acupuncturist. However, the two decided they wanted to move. Adi’s husband asked his employer if a job in the United States could be created for him. “We wanted to keep the adventure. In Israel, it is a harsh life there. It is fun and I love it, but it is a battle. In Israel, people are harder. We wanted to see if we could make it here.”

In 2008, the couple made the move to the United States while Adi was five months pregnant with their first daughter, Yaheli. “We were all alone. Many people relocate to New York or San Francisco. We relocated to Davie County,” Adi says with her energetic laugh. “We are calm people. We like calm people where everybody knows everybody.” Adi says life is easier in the United States. People are nice. “Even if they are fake nice, I appreciate the effort,” says Adi. “When I call the power company or the internet company, they are polite. You ask for service in Israel, it would take a month and they would say they would call you back and never call you back.” Adi says the schools are also poorly run. “In school in Israel, kids who are five years old will start cursing and talking while the teacher is talking. Oh my gosh.’”

Adi and her husband knew they wanted to stay here. Adi, however soon learned she could not practice acupuncture in the United States. Her license credits would not transfer overseas. “Life shifted. I had to reinvent myself. I was a couch potato. I was pregnant and pretty big. I ended up swimming. After my daughter was born, I started working out.”

One day at the gym, Adi’s friend heard the music from a Zumba class. The two friends joined the class, although Adi remained in the back of the class. “I said I am not dancing. After ten minutes, I left. It took about six months for me to get to the front row.” Ultimately, Adi decided to become a Zumba instructor. “Zubma is a dance. You are moving. That’s a big step for people who just did a slow walk in the evenings. Zumba made me lose a lot of weight, about forty to fifty pounds. I used to get migraines. I would start class and they would go away. I would come back so high from classes and it gives you a boost to come back to more classes. Music and movement does magic to you. You fly. Nobody cares if you do it right or wrong.”

Adi created a Facebook page called Adi Zumba. “No one could ever remember my last name,” Adi laughs. “A lot of people still don’t know my last name. They just call me Adi Zumba.” Adi’s enthusiasm for Zumba was contagious. She kept adding classes to her schedule. She began teaching Zumba at the Davie and Clemmons YMCA’s, as well as the Brock Gym in Mocksville. She created Aqua Zumba and began offering classes in the pool at the YMCA, Village Inn, and at Bermuda Run Pool. She worked mornings, evenings, weekends, and taught private classes. Everyone knew about Adi Zumba. In 2015, she finally decided to slow down. By this time, Adi already had a second daughter, Elah. She and her husband also added their son, Ari. The mother of three, cut classes down to just the mornings so she can attend every school and athletic event for her children.

Adi credits her positive energy to her mother, Dorit Hagay. “My mom is a breast cancer survivor. Since she survived that awful disease, she is traveling. She is going out. She is doing whatever she wants. If she is not abroad, she is somewhere in Israel.” Dorit is head of the teachers’ union in Israel and always sits in on classes in the United States to take ideas back home. Adi loves spending time with her mom and admits it is hard during the holidays when away from family. “Our big party is on Hanukah. I invite everyone here,” says Adi. “It is hard not to have family. That’s a really hard part because of my kids. But my parents come here at least once a year. Its very expensive. We usually go there. Israel is beautiful. We used to live next to the beach and we miss it a lot.”

Although Adi and her husband miss family and the beauty of the beaches, they are very happy living here. In fact, they are in the final stages of attaining their green cards. They were supposed to go to Israel this summer but canceled the trip because they are so close to aquiring their green cards. During the final stages, the government asks for applicants to stay in the United States. “They tell you please do not leave the States for 90 days because they might need you for paperwork, or finger prints, or an interview. They ask you to be here because it is the final stages and it is more convenient for you to be available.” Adi says she hopes the paperwork will go through. Her children were born here. They understand Hebrew, but only speak English.

Adi speaks both, of course. However, one language Adi speaks very well is the language of movement. Our neighbor has not only reinvented herself through it, but she has also helped others do the same as well. One could say Adi has found a language that is universal.