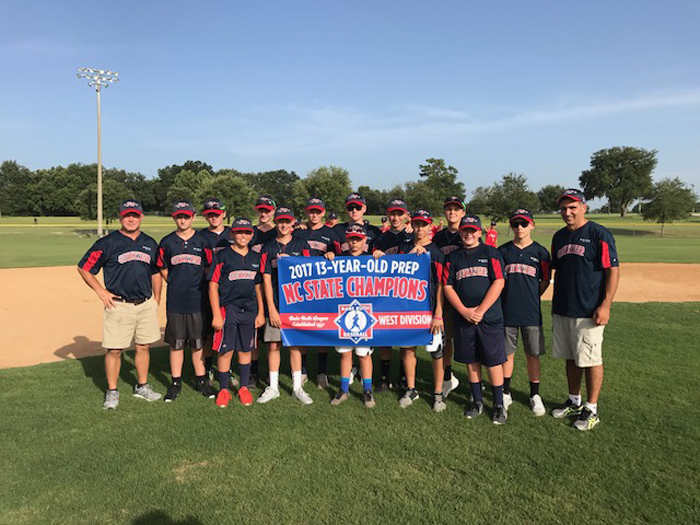 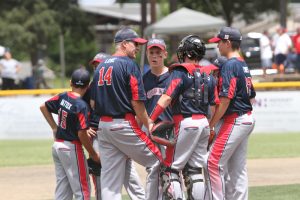 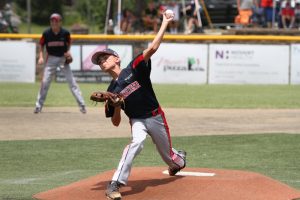 Fourteen months after it was announced and the contracts were signed with Babe Ruth Baseball International, the Cal Ripken Majors 60 12u World Series has officially arrived in Clemmons.

Representing some of the top baseball teams in their age division from across the country, a host of wide-eyed kids and their bleary-eyed parents rolled into the Village throughout the day on Tuesday.

Their goal? Take the field over the next eight days and become this year’s Ripken 46/60 national champions. “Playing for a World Series championship is something every kid dreams of and that dream has become a reality for the 117 players in this event,” noted Barry Leonard, president of host league Southwest Athletics. “We’re very excited to have them here. This is a week of baseball that they’ll never forget.”

“This is place that takes pride in great baseball and this national tournament is truly a special and unique event. It’s something our entire community can take pride in.”

After Southwest won the bid to host the 2017 Ripken World Series last summer, director Michelle Sullivan and a number of Southwest volunteers have put in hundreds of hours of preparation.

“I would estimate over the past year and a half that we have each put in at least 10 hours per week,” Sullivan mentioned. “But over the past month, it has definitely been closer to 40 per week. We have five people who have worked tirelessly on this and the bulk of our volunteers have come from past Southwest families.”

Sullivan added that a number of current Southwest families will be helping during tournament week as well as members of the Lewisville-Clemmons Chamber of Commerce and the Gerald Long Family YMCA.

Once play gets underway, the 10-team tournament field will be split into two five-team pools, with three teams from each pool advancing to the championship round.

Following an opening ceremony at SWA Field 3 on Thursday afternoon at 4:30, the tournament will open with four games on two fields on Thursday evening. The first pitch for game one will take place at 5:30 on Field 3. Wilson Park, located a few hundred yards from the SWA main complex, will be the other field site during tournament play. Games will be played each night from Thursday, August 3rd to Thursday, August 10th.

Start times will be 5:30 and 6 p.m. for the early games, and 7:30 and 8 p.m. for the late games. All 6:00 and 8:00 games will be played at Wilson Park. Southwest has two teams that have qualified. Other teams competing are from Washington, California, Pennsylvania, Rhode Island, Indiana, Arkansas, Kansas and Virginia.

Ticket packages for the week-long tournament vary in price, ranging from $50 for a family of five (two adults, three kids) which covers every game of the tournament, to $20 for an individual week pass, to $10 for a single-game ticket. A family of five can purchase a single ticket for $20. Tickets can be purchased at the Southwest complex located at 3801 Dillon Industrial Drive in Clemmons.