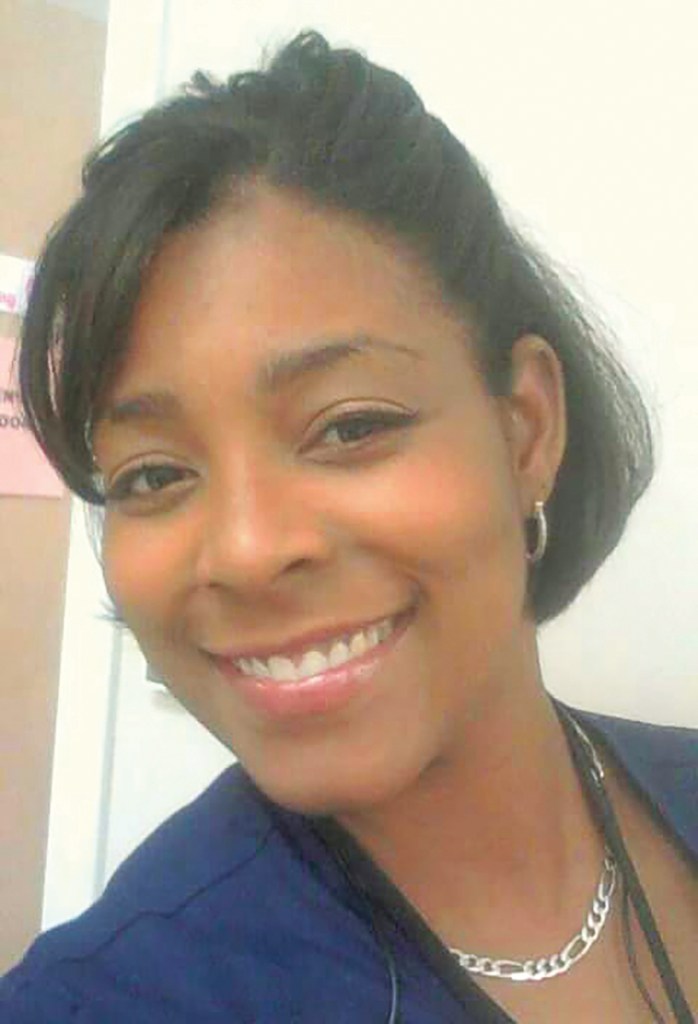 Erica Stephens has had her ups and downs in life, but that does not mean she allows life to get her down. As a young mother, Erica had her first son, Mykel Stewart, sixteen years ago. She always adored children and was excited to have one of her own. In fact, she thought about becoming a doctor and working with children because she loved children so much. However, it was when complications began to occur in her second pregnancy that Erica began to rethink the medical field altogether.

During Erica’s second pregnancy, she found out she was pregnant with twins. Soon after she got that news, she was given some sad news about one of the twins. “Between three to four months, I was told my child was not supposed to survive. She had trisomy,” says Erica. “It happens to one in 1,000 babies and I was told it would never happen to me again.” Trisomy is a genetic disorder. A baby is supposed to be born with two copies of chromosomes. But with trisomy, a baby is born with three sets of chromosomes, causing fatal health complications. “I was told my child would not live past six months. They expected my child to die in the process of me carrying her.” Erica was sent to Chapel Hill in order to talk to specialists about the complications of the pregnancy. “I was given a week to decide whether to abort the whole pregnancy even though one of the twins was fine. They said I could break the one baby’s neck with a needle,” recalls Erica. “I didn’t do either. I let it go in God’s hands.”

When the twins were born, the one with trisomy had birth defects. The esophagus was not attached to her digestive system and could not get the nutrients needed. The baby also had heart problems. She lived for three days. “That was a very hard thing to handle,” says Erica. “That made me not want to be a doctor. But I realize now, I just needed time to heal.” The other twin, Aysia Stewart, who is now fifteen, has lived a very healthy life.

Once Erica recovered from the shock of losing a baby, she decided to have one more. Erica had another son, Kaleb Kelly, who is now nine.

Over the years, Erica gained her strength back after the loss of her baby. She also escaped an abusive relationship and became a single mother as a result. The strong woman knew she had to support her children. Erica went back to her passion: the medical field.

“My first job was at a plasma center where I stuck people all day long. Then I started working at the V.A. in Salisbury. I worked with veterans for ten years. I took continual educational classes since 2012 to become a nurse,” says Erica. “It was a struggle, but I spent my time working throughout the whole summer with no days off trying to gather up paid time off so I could go back to school and use the built-up comp time. I would then use my comp time as my hour to travel to school.”

Erica said her car broke down at one point. She suffered panic attacks because of the additional stress placed on her exhausted body. But with the help of her mother, Diane Kemp, her sisters, Bianca and Vivian, and best friend, Candace Carlson, Erica persevered. She did so with her kids in mind the entire time and with her women by her side. “They influenced who I am today.”

During the last year of nursing school, students are required to do a mock interview. Erica did a mock interview with someone from Twin City Pediatrics. As it turns out, Erica would soon be hired as a nurse at Twin City Pediatrics by that same person. In addition to being a nurse at Twin City, she also conducts in-home visits to children with special needs.

“Where I get my strength from is God, who has placed all these people in my life to build my life. I have been depressed to the point of wanting to commit suicide, but he sends help around me. Helping my patients always keeps me going. When I get to see the results of helping other patients, it is very gratifying. I will do it as long as I am able.”

Erica is surprised sometimes by the path she has walked, but feels like God chose exactly where she needed to go. “You don’t know which way you are always going to go and I didn’t know Twin City was going to be my place,” notes Erica. “I try to be the best person I can possibly be. I might meet a mother who has been through what I have — whether it is having a C-section, a natural birth, losing a child, or having twins. I have been through it all. I can relate to many mothers. It seems like this is where I am supposed to be at. It’s where my heart is.”

It takes a special person to love and nurture. The ability to turn hard experiences into compassion for others is a sign of good, solid character. Erica’s life has been shaped by all of these qualities. She has been grateful for what has been given to her and shared what she herself has been blessed with. Everyone should be so lucky to have a nurse like our neighbor, Erica.