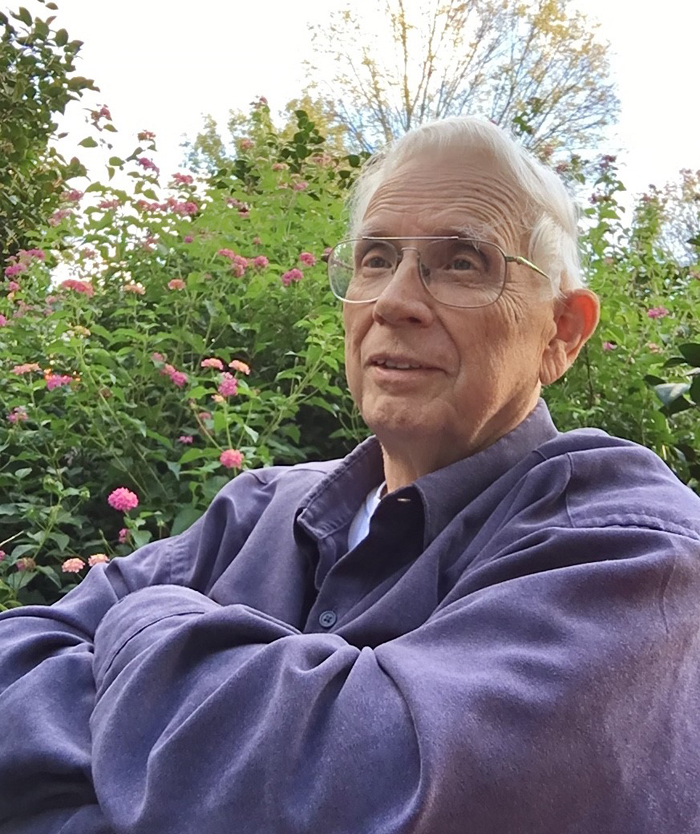 Harold Landis Satterwhite, Jr. passed away on November 7, 2017, at Wake Forest Baptist Medical Center in Winston-Salem, NC. Landis was born May 21, 1940 in Pinehurst, NC to Harold Landis Satterwhite and Millie Strickland Satterwhite. His parents reared him and his sister, Patricia, in nearby McCain. At age 17, Landis met the love of his life, Ellen McPhaul, at Hoke County High School. After graduating from NC State College, as it was then known, with a Bachelor of Science in Civil Engineering, Landis married Ellen on August 3, 1963, in Antioch, NC. Their enduring love encompassed a marriage of over 54 years. From Raleigh, Landis embarked on a long career as a NC Department of Transportation engineer and manager, always protecting the citizens he served. In his later years, he enjoyed working for Forensic Engineering Inc. Homes in Wilkesboro and Clemmons provided havens from which to rear their children, Cindy and Lanny. Corinthians 16:14 speaks to Landis and Ellen’s life: Let all that you do be done in love. Landis was dedicated to his God, his family, friends, community and nation, sharing and serving in countless ways. Clemmons United Methodist Church was part of the warp and weave of his life with the church Compassion Fund and Clemmons Food Pantry being two of the many avenues of his service. Landis could not resist giving friend or stranger a hand. He especially loved engaging children in all manners of fun but was also a ready listener and teacher. An avid student of history and genealogy, Landis recently authored Freedom Won, Freedom Lost. This book was written for his dear grandchildren in order to share family history and its ties to the birth of our nation along with the importance of the freedoms framed in our Constitution. He’ll be fondly remembered for sharing his expertise on numerous subjects. Faith, service, and integrity are all hallmarks of Landis’s life. Landis is survived by his wife, Ellen McPhaul Satterwhite; daughter Cynthia (Cindy) Boling and her husband Ron of Cary; son Harold Landis Satterwhite, III and his wife Nicole of Crumpler; and sister Patricia Satterwhite of Mooresville. He is also survived by his and Ellen’s “grand team”: grandchildren Rachel and Noell Boling and Gavin and Audrey Satterwhite. Landis left an extensive community of family and friends, many of whom also became family. His McPhaul clan and Esposito family were especially beloved. We rejoice in the certainty that the good Lord called him to his true home and are thankful Landis’s legacy and love endure in the countless lives he touched. Visitation will be held at Clemmons United Methodist Church, Clemmons, NC, at 10:00 am on November 11, 2017. A Celebration of Life will follow at 11:00. In lieu of flowers, the family suggests memorials be sent to the Many Gifts Growing Spirit fund at Clemmons United Methodist Church, 3700 Clemmons Road, Clemmons, NC 27012. The family thanks each of you for gracing our lives with your prayers, presence, and expressions of love and support, and would like to give special thanks to Dr. Bayard Powell, Katie Barber, and the staff at Hematology and Oncology Wake Forest Baptist Health.