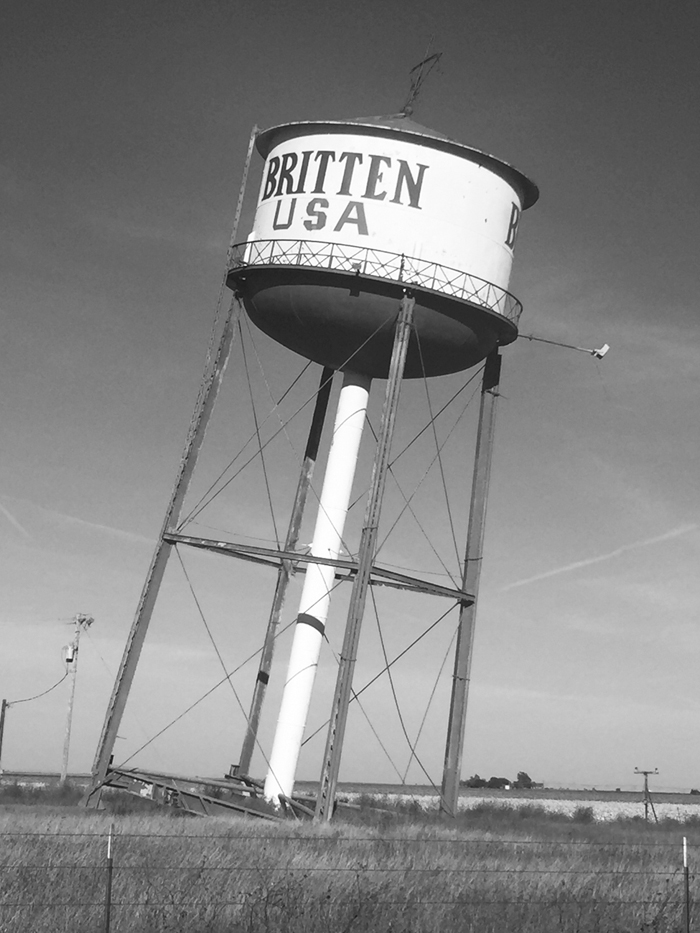 AMARILLO, TX. — We arrived near sunset, not by morning like the broke rodeo cowboy in the George Strait song. This Texas panhandle town on Interstate 40 is home of the Big Texan Steak Ranch, which offers a free meal to anybody who can eat its 72 ounce monster steak — half a steer. A gluttony Hall of Fame documents those who have been able to stomach that much beef in one hour.

They do everything in a big way in Texas. Even the fines are big — $2,500 for littering. Steaks are really big.

We stopped at the Big Texan, lured by the 88-foot tall cowboy statue, a lizard and big steer out front. The restaurant claims to have served 30 million customers.

The food was okay. I ordered the smallest hamburger on the menu, 8 ounces, and couldn’t finish it. I should have stuck to the kid’s menu.

A guy at the bar was struggling to eat a smaller steak, The Houston, 36 ounces.

The restaurant piped in the theme song for “The Good, The Bad and The Ugly.” All the waiters and waitresses wore cowboy garb and spoke in their native Texan drawl. This is cowboy country.

We ate quickly and left for another tourist attraction on the western edge of town, the Cadillac Ranch, as the sun slipped away. We parked along a side road and walked 250 yards into a cornfield to the oddest sort of free public art.

People come with spray paint cans to decorate a Sedan de Ville. Some have been vandalized and painted so much they barely look like cars anymore. Graffiti isn’t just tolerated. It’s encouraged. “I LOVE DAN HOWELL,” one artist had painted. It might have been sprayed over the very next day by another artist using the same car as a canvas.

The Cadillacs had lots of peace symbols, initials and garbled messages painted by visitors from other days. We encountered one young woman leaving with a box of spray cans. In day-glo colors, the cars now have inches of paint sprayed and re-sprayed on them over the years.

The cars were buried in 1974 on Route 66 and relocated in 1997 to be closer to Interstate 40. We didn’t leave our marks, but the stop was so oddball that we laughed for 100 miles down the highway.

GROOM, TX. — Speaking of odd, the water tower at Groom, Texas, tilts ominously, this town’s answer to the Leaning Tower of Pisa. Deliberately installed with a 10 degree list, the for-display-purposes-only water tower is a roadside wonder built by the owner of a nearby truck stop and restaurant, one of the many tourist lures along Route 66 and I-40.

Brad Rhodes: What if you had a crystal ball?

Brad Rhodes: Who gets money from your annuity if you die?

Brad Rhodes: Which to choose — asset protection or speculation?

Buice column: Horsing around on a trip to Kentucky