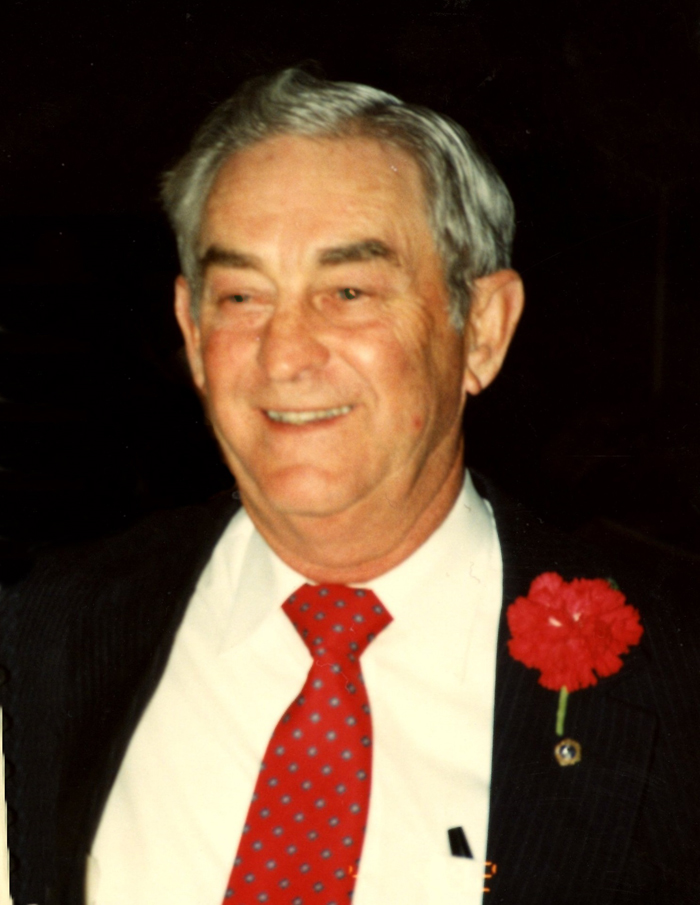 Clint Franklin Bodford passed away on December 25, 2017 at his home at the age of 89. Mr. Bodford spent his entire life in Winston Salem, aside from the three years he served in the Army during the Korean War. He graduated from Clemmons High School where he was part of the State Championship baseball team playing the position of catcher. Mr. Bodford loved the game and played on his church softball team into his 70’s. He was a member of Bethesda Moravian Church where he willingly served in many positions of leadership including Treasurer, Elder and Trustee, Usher, and Sunday School Teacher. Over his lifetime he was active in the community as a scout master, member and president of the Twin City Lions Club, Salemtowne board member, Laurel Ridge Camp & Conference Center board member, and member of the Odd Fellows. Mr. Bodford was very blessed to love the job that provided a living for him. He and his brother Bill started Bodford Brothers Construction, a grading and demolition company, in 1952. He worked in and around the Triad area for 60 years, being part of many projects, large and small, that changed the landscape of the city and community in which he lived. Mr. Bodford is preceded in death by his parents, Paul & Edna Bodford; brothers, Bill, Howard and Max. He is survived by his wife, Martha Bodford, daughters Cinda (Terry) Alexander of Apex, NC, Holly (Rev James) Newsome of Winston Salem, and Dawn (Tres) Fordham of Laurel Springs, NC, grandchildren Meredith Alexander Carpenter (Travis), Elizabeth Alexander Green (Matthew), Mary Newsome, Christopher Newsome, James F Fordham and Mollie Fordham, and one great grandchild, Graham Green. There will be a short graveside service at God’s Acre in Old Salem at 11am on Saturday, December 30, 2017 followed by a memorial service at New Philadelphia Moravian Church at 2:00 pm, with Rev Richard Spaugh and Rev James Newsome Jr officiating. The family will receive friends immediately following the memorial service in the Family Life Center. The family would like to thank our caregivers who have lovingly provided watch care for our dad over the last 5 years. We could not have honored his wishes without your help. In lieu of flowers, the family requests memorials be made to Laurel Ridge Camp & Conference Center, 124 Pendry Drive, Laurel Springs, NC 28644. Online condolences may be made at www.hayworth-miller.com

Deaths for the week of Dec. 1

Deaths for the week of Nov. 24

Deaths for the week of Nov. 17

Deaths for the week of Nov. 10