Bert Bahnson’s 1-man battle to save us 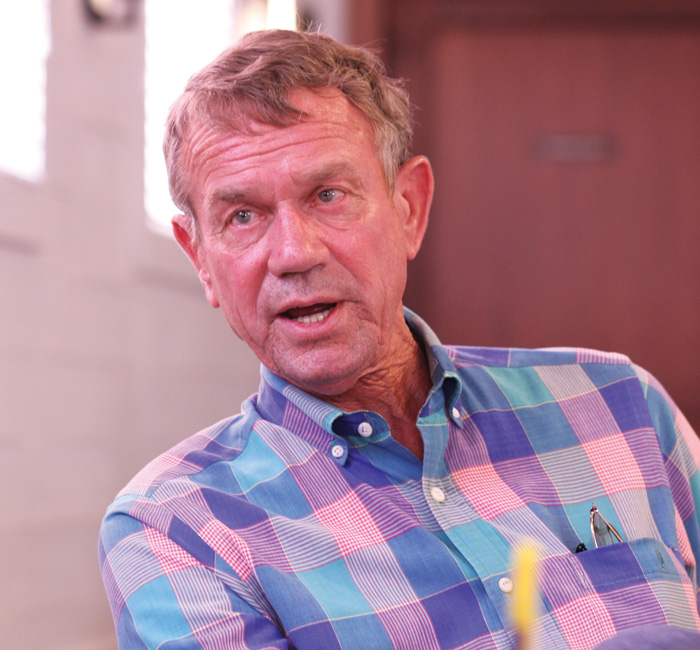 His independent, unconventional ways offended those raised in a stuffy, conformist culture, and he didn’t care.

He warned people with delicate noses not to build houses beside farms. He mocked people who built near the Farmington Drag Strip only to be surprised by the noise of revving motors on Sunday afternoon.

He prophesied the loss of his beloved Davie County — the land of farms and cattle and pickup trucks and even the occasional Confederate flag waving defiantly in good old boys’ yards. His county was being invaded by suburbanites who would bring street lights, dog leash laws, gun ordinances, sewers and higher taxes. Those people — seeking the country life — would turn his country … into a city.

Bert was a pickup truck driving, pistol toting, good old boy. For years, he had the largest Rebel flag in the county on the Yadkin River by Interstate 40, making Chamber of Commerce types wince with embarrassment. He occasionally fired a cannon.

Civil War scholars will recognize the words in his obituary in this week’s newspaper. “I have crossed the river and am resting in the shade of the trees.” That line evokes the dying words of Confederate Gen. Stonewall Jackson at the Battle of Chancellorsville.

Bert was a son of the South — a dying breed.

His pithy letters to the editor were Shakespearean. He could cram more in three sentences than others in three pages. He had an amazing talent of pointing out a politician’s inconsistencies.

Davie County elected him as a county commissioner for a four-year term, and he campaigned for larger lot sizes, smaller commercial signs and raising building inspection fees so the taxpayers weren’t unwittingly subsidizing developers.

He had some success. He lost a bid for re-election. County GOP leaders were insulted that Bert ignored their meetings. They expected politicians to be supplicant to the party.

Bert wasn’t supplicant to anybody.

Detractors often noted that Bert did a little developing himself. He did. Carving off small parts of the larger estate was a necessary way of raising capital.

Win Mock Farm was his family’s estate, and Bert pitched a grand resistance to developers. When Kinderton was mapped, he established “Pigderton,” a tiny fenced pig lot at Interstate 40 and N.C. 801 on land he owned. He placed a child’s play set inside the lot, and mothers would park their cars so their children could watch the pigs go down the slide. The pigs never did, but they sure were cute.

Bert retreated from Win Mock, but he praised the developers for preserving the Bahnson family’s picturesque barn that is now the crowning eastern gateway entrance for the county. Bert withdrew to his Farmington farm and to Asheville property.

I liked him. He was joyful and sharp-minded, fun to be around. More than most, he believed in the 1st Amendment and used it. He liked the 2nd Amendment too.

Readers will finally stop hounding me to revive Bert’s old “Stick Family” cartoons. The witty strip played havoc with Yankee transplants and soccer moms. Not all our readers were amused. While Bert had an unlisted telephone number, I did not. I took the heat for him.

He was a colorful personality, sometimes like Jeremiah railing in the wilderness about the approaching storm of developers.

I will miss him. Davie County has lost “a good ‘un.”

Will dogs get into heaven?