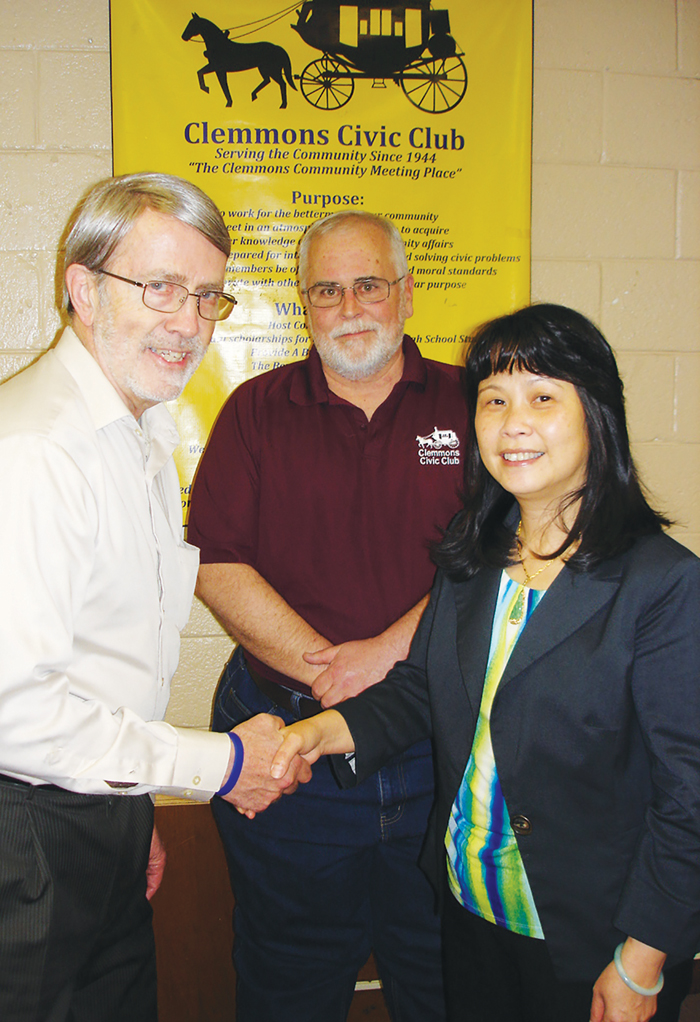 There may not be a more traditional, conservative-minded organization in Clemmons than the Civic Club, organized in 1944.

But even that oldest of civic organization has shown an ability to change. Last week the organization admitted its first female — Thao Sommerville of Clemmons.

First, the club had to change its bylaws at the January meeting. The old order stated, “Any male of good character and reputation is eligible for membership.”
The club changed that to “Any person …”

Mrs. Sommerville, a director for IDShield, was admitted unanimously into the membership. “It was time for it to happen,” said club president Garland Layton. “We need to attract new, younger members. We didn’t want to exclude anybody. I’m very proud of the club. I’m glad we did it.”

Last week Cameron Kent, retired news anchor of WXII-TV, spoke to the club about books he has written. He has launched a second career as a writer, publishing four books. His latest book is “The Sea Is Silent.”