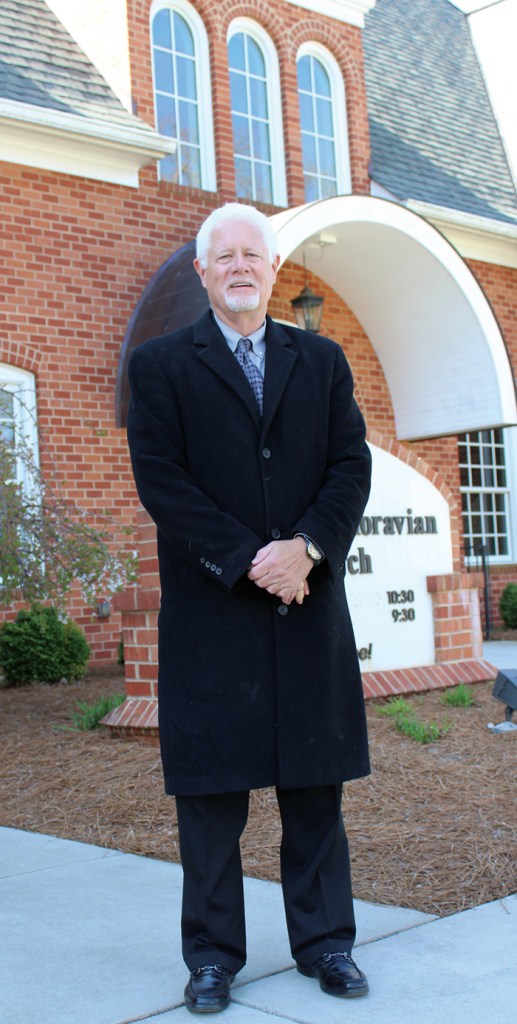 The Rev. Christopher Thore is the new pastor of Clemmons Moravian Church. For the past 18 years he has been the founding pastor of New Beginnings Moravian in Huntersville, starting the congregation with a dozen worshippers.

He and wife Charlotte have three grown children and two grandchildren.

He is a Winston-Salem native, graduated form Parkland High, then UNC-Charlotte, Gordon Conwell Theological Seminary and the Moravian Seminary in Bethlehem, PA.

“I am very happy to be in Clemmons,” he said last week. He and his family lived in Lewisville for 20 years as he pursued a career in music sales.

He had become very involved at New Philadelphia Moravian and felt a call to the ministry.

His first pastorate was at Trinity Moravian where he was mentored by the late Burton Rights, a long-time pastor of Clemmons Moravian. He also has served on the Moravian Southern Provincial Council of Elders with the Rev. Ray Burke, who stepped down last year after 19 years with the Clemmons congregation.

Thore plays the French horn in the Moravian band, serves as a volunteer chaplain for a couple of NASCAR race teams, cruises on a Harley Davidson and drives a pickup truck.

He said John 17 is his favorite passage of the Bible, often referred to as the high priestly prayer. Thore said the chapter is a chance to eavesdrop on an actual prayer of Jesus where he asks for unity among the believers.

“That’s a message desperately needed today,” he said. “We’ve got so much division in the world.”