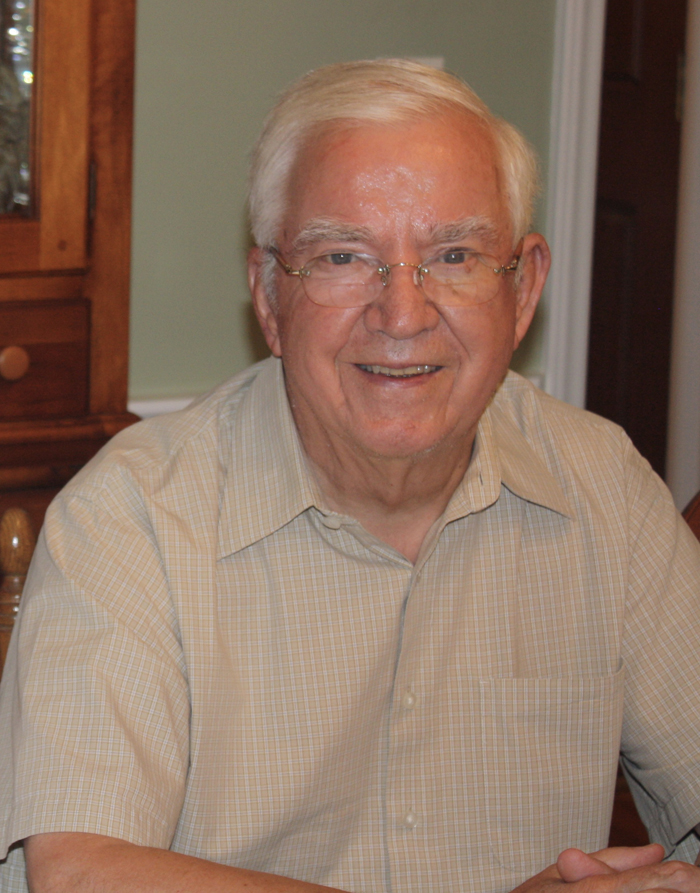 A long-time Mocksville attorney, Hall was a member of the Greatest Generation, serving in the U.S. Navy during World War II in the Pacific Theater as a radar operator aboard the destroyer USS Goodrich.

He was born March 23, 1925 in Westfield, the oldest of six children born to Avalon Evan and Alta Jessup Hall. He attended Yadkinville High School, earning valedictorian honors and serving as class president in 1941. He graduated from Mars Hill College in 1943 and entered military service.

After the war, he attended N.C. State University, graduating in 1947 with a degree in animal husbandry. He came home to Yadkin County to run the family farm, The Lazy H, raising prize Polled Herefords.

He married Betty Jean Haynes of Wilkes County and soon realized the farm wouldn’t support a young family. He followed his father into law.

He graduated from Wake Forest School of Law in 1960 and opened a practice in Mocksville in the office previously occupied by his father. He served as county district judge and solicitor. He retired in 2003.

Active in the Republican Party, Hall served as chairman of the county GOP and as county manager for James E. Broyhill’s first campaign for U.S. Congress.

He was a member of First Baptist Church of Mocksville, serving as chairman of the deacons and taught Sunday School for nearly 50 years. He was a past president of the Mocksville Lions Club.

He was a fiercely competitive bridge player all his adult life, filled out the newspaper crossword puzzle in ink and grew a prolific garden. He could recite Robert Service’s poem “The Cremation of Sam McGee” and all the verses of the song “You Old Fool.”

He and Betty were married for 63 years.

On the day of his death, granddaughter Lori Vogler Robertson wrote, “’Well done, good and faithful servant!” I imagine these were the words Jesus said to my Papa Bill when he entered the gates of heaven earlier today. In my eyes, no one on earth knew more, gave better advice, loved deeper, or had more integrity than Papa Bill.”

Deaths for the week of Dec. 1

Deaths for the week of Nov. 24

Deaths for the week of Nov. 17

Deaths for the week of Nov. 10