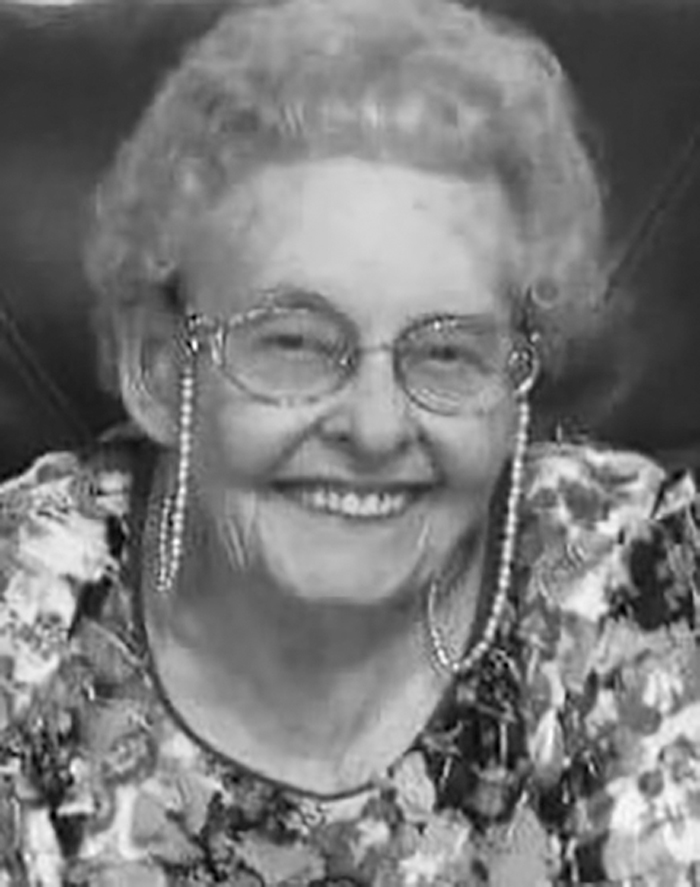 Peggy Louise Earnhardt Bost, born in Statesville, N.C. on April 1, 1927 passed on to glory on Sunday, April 15, joining the ranks of the saints of the ages, now the Church Triumphant. She was preceded in death by her parents, Toby Harvey Earnhardt and Elizabeth (Betty) Farmer Earnhardt. She was raised by her Grandparents, Rev. Jasper Cleny and Betty Farmer, founders of numerous Church of God ministries. Her early days were spent in the Lutheran tradition among the Earnhardts of Faith, N.C. and the Heatherlys of Pisgah Mountain. Her love for the piano, the accordion, and gospel music was nurtured in numerous church plants, cottage prayer meetings, and the occasional brush arbor from the mountains to the coast. She is survived by her husband of 74 years, Ben Ray Bost, retiree from Bost Brothers Masonry, WS/FC Schools and earlier employed with Western Electric. Ben and Peggy have served in leadership roles in several churches in Winston-Salem, including WS First and of late, The First Pentecostal Holiness Church on Hutton Street. Peggy is also survived by her four children and their familes, her daughter, LaVonna (Larry) Cockerham of Cleveland, Tennessee and their children, Christina (Bobby) Lewis and Rev. Evan (Adrianne) Cockerham; her eldest son, John R. (LaDonna) Bost of Clemmons, N.C. and their daughter Summer (Chris) Jackson; son, Toby (Becky) Bost of Kernersville, N.C. and children Terri (Alex) Moy and Brandon (Lauren) Bost; and youngest son, Cecil (Linda) Bost of King, N.C. Also surviving are her two sisters, Gwen Coley and Jaye (Allen) Lippard of Statesville, NC and her loving niece, Ruby Hawks, who provided home care frequently. Great grandchildren include Nathan and Joseph Lewis, John Luther and Caroline Jackson and newborn Kailey Moy. The family will receive friends from 6:30-8:30 p.m. Wednesday, April 18, 2018 at Hayworth-Miller Silas Creek Chapel. A Celebration of Life Service will then be held at 2:00 p.m. Saturday, April 21, 2018 a First Pentecostal Holiness Church with Pastor Tim Wolfe officiating as well as some family members. Interment will be in Parklawn Memorial Park. The family is grateful for the professional services of Hospice of Rowan and the Team of Mount Eagle Health Services. In lieu of flowers, gifts be can made to the Hospice of Rowan County. Online condolences may be made at www.hayworth-miller.com.

Obituaries for the week of May 19

Obituaries for the week of May 12

Obituaries for the week of May 5

Obituaries for the week of April 28