33 years have altered more than my hair 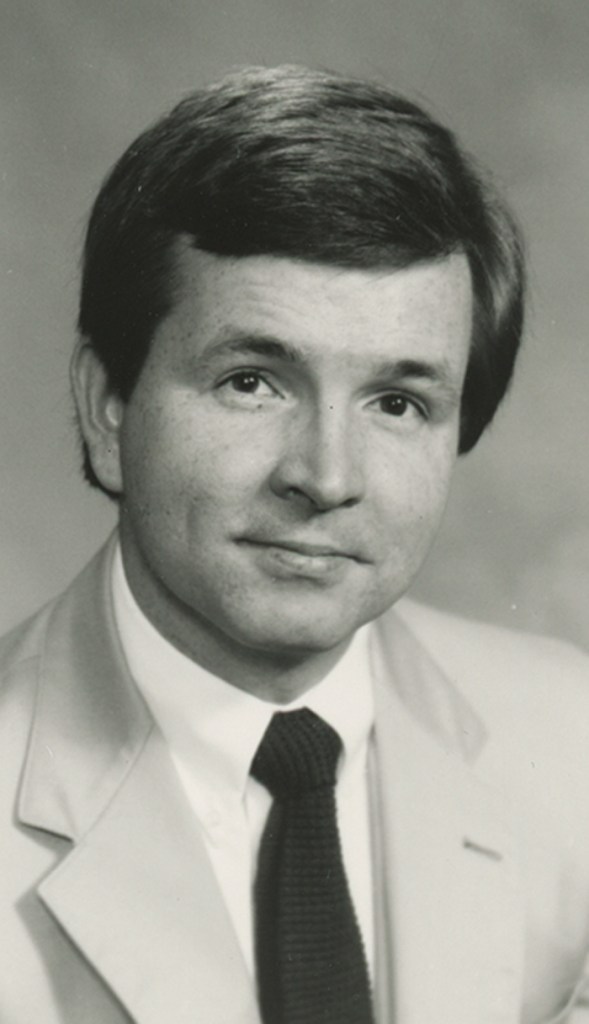 See that young whippersnapper in the photo?

He thought he was God’s gift to journalism, wise beyond his years, able to move mountains, deflect the winds and stop the tides.

He did have good hair. Guernsey colored.

That was 1985. Fast forward 33 years, and most of that hair is still intact but almost snowy white.

His senses of immortality and invincibility are gone. As it turns out, the mountains have actually grown taller, and the winds and tides are stronger.

Maybe I was a little obnoxious back then when I came back to Mocksville and Clemmons to run these weekly newspapers. I began spouting free, unsolicited advice to everyone, especially the elected officials and school superintendents. I was a lot smarter then. I looked around the office and thought these walls would never be big enough to hold a publishing empire. That was before life knocked me down a few times and I learned to respect and treasure it. That was before the recession of 2008 shuttered many of our best advertisers.

When I got my first job fresh out of college in 1975, I was issued a manual Royal typewriter with a 100-foot roll of paper and a paste pot. If I made an error, I ripped apart the story’s stream and pasted in the correction.

I now layout the entire Clemmons Courier. Mike Barnhardt designs and lays out the larger Davie County Enterprise Record complete with scores of pictures every week. Tasks that once took many now must be done by a few at newspapers. The length of a county commissioner meeting or the Friday night football game, however, are unchanged. They take as long as ever.

Our offices that once seemed too small are now cavernous at times. Staffs of newspapers across the nation have been decimated.

For 10 years, we have been in survival mode. A huge chunk of the hotshot editor’s week is spent composing legal notices … because that pays the bills and I had to let go the secretary that once did the job.

Desperate to arrest the declining revenue, newspapers have latched on to gimmicks that haven’t worked. Newspapers, as an industry, have stumbled and bumbled through the past decade making a host of bad decisions in search of a magic formula.

A New York Times editor recently predicted his newspaper only has 10 years left as a printed product. We have loyal readers — some who have been with us forever, but newspaper readers tend to be a mature audience. One by one, obituaries have announced the death of our subscribers who aren’t being replaced by young people — those junkies for immediate cellphone information. Newspaper readers are patient — willing to wait a week if necessary.

While my hair has changed, I don’t think my sense of joy has diminished with age. I still greet the morning. Coming to work has always been easy. Compared to mucking smelly calf stables with a pitchfork as I did in my youth, this has always been a lark.

Pelting school shooters with a hail of rocks