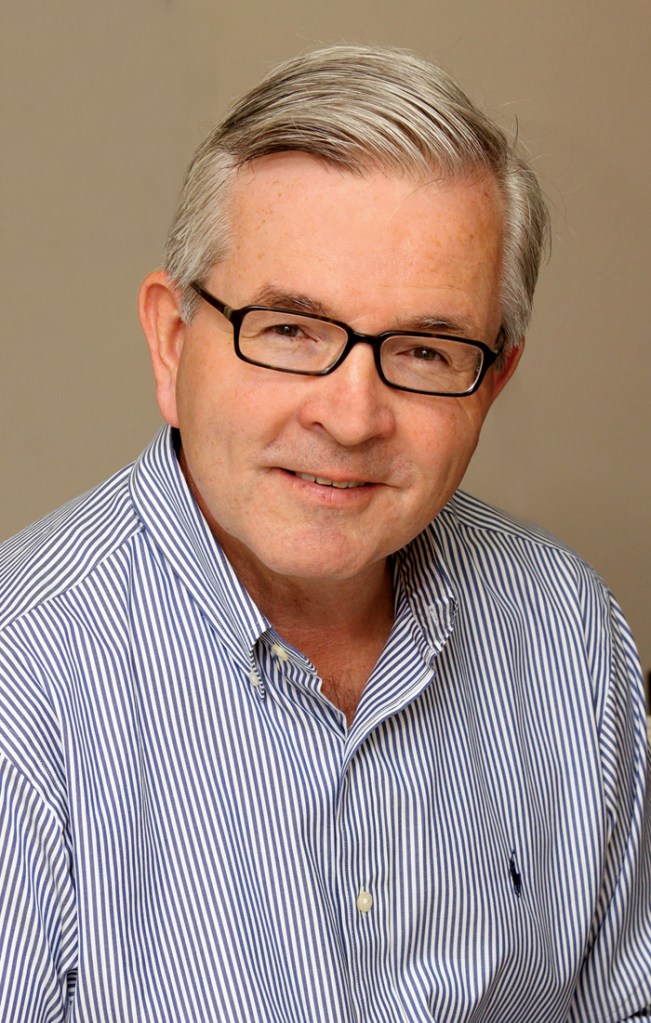 Dwight Sparks, editor and publisher of the Davie County Enterprise Record and The Clemmons Courier for 33 years, will retire June 1.

He announced his decision last week to the staff on his 65th birthday.

Sparks joined the newspapers in 1985 and turned the Enterprise Record into a traditional newspaper of record, printing a wealth of court, police and legal records and expanding its sports coverage. Circulation boomed.

At one point, the Enterprise Record’s circulation approached 10,000 copies a week with subscribers — the Davie diaspora — scattered among 43 states. The newspaper had the second largest paid circulation in North Carolina among the weeklies, behind only the Southport newspaper. Both newspapers regularly won a wealth of journalistic excellence awards from the N.C. Press Association.

The smaller Courier encountered repeated competition from the Winston-Salem Journal, which twice opened competing Clemmons editions. The Journal closed both.

“I have had a gifted, devoted staff that has stayed with me. In Mocksville, Robin Snow, Mike Barnhardt, Ray Tutterow and Brian Pitts have kept this newspaper lively through thick and thin,” he said. “Equally, the Clemmons staff has been loyal and true.”

A Farmington native, Sparks grew up on a dairy farm, the son of Madeleine and the late John F. Sparks. After college, he applied for a reporter job at the Salisbury Post. Editor George Raynor spotted what he thought was cow manure on the young man’s shoes. Sparks was hired as the farm reporter because he knew the difference between a baler and combine — and where Lord Cornwallis and the British soldiers crossed the Yadkin River at Shallowford.

After three years in Salisbury, Sparks took a job at the Winston-Salem Journal, covering Stokes and Rockingham counties. There, he visited The Madison Messenger on a Wednesday and helped the staff shuffle inserts into the weekly newspaper. He was hired as editor and stayed seven years.

He returned to Davie to succeed the late Myrtle and Gordon Tomlinson, publishers of the Clemmons and Davie newspapers.

Myrtle founded The Courier in 1960 and retired after 25 years.

“The Courier has had only two editors, Myrtle and me,” Sparks said. “Over the years, I have come to admire Myrtle. We still have subscribers who have been with us since the newspaper began.”

His time in Davie has been accompanied with personal highs and lows — the births of two sons, the death of his first wife, a subsequent divorce, and the happy marriage to his third wife, Elizabeth.

“I have gained a lot of experience in living,” he said.

Sparks has been grand marshal of both the Advance and Mocksville Christmas parades. In Advance, he was led on a jackass through town in a prank by parade organizers. In Mocksville, he rode with a bevy of big lipped “sweet potato queens.” To make amends for the jackass incident, Advance invited him to a later parade for a more regal ride. It was better, but the car was being towed by a wrecker and stopped for the editor and congressional candidate Ed Broyhill to shovel the horse manure from the road.

For the past year and a half, Sparks has pioneered a new bi-monthly “Clemmons” magazine. The 10th edition due in May will be his last as editor.

His successor has not been named.

The advent of the internet has not been kind to newspapers, and the Courier and Enterprise Record have not been excluded. The Mocksville staff once was 12 employees. Now it’s four as the newspaper shed employees to maintain profitability.

The recession years starting in 2008 when many of the newspapers’ best advertisers went out of business were also brutal. “I let go good employees who loved their jobs and were devoted to the newspaper and the community. It was awful,” Sparks said.

The Clemmons staff is smaller — ad director Christy Clark and secretary Julie Mackie. Long-time and skilled photographer and sports editor Chris Mackie lost his job in November due to downsizing.

“The loss of Chris exposed my own weakness,” Sparks said. “I can’t hold a camera still any more to focus.”

It was once a point of pride that Sparks could do every job in the building — writing, photography, layout, ad sales, ad design, circulation. Lately, it has become a necessity. Most of the editor’s work in recent years has been devoted to the Courier and the magazine.

He has maintained a newspaper delivery route every Wednesday since his days in Madison, part of his method of meeting readers. His standard line to customers has been, “Two for a dollar while supplies last.”

A devotee of Western movies, Sparks said one of his plans in retirement is to visit Monument Valley in Utah where many of his favorite movies were filmed.