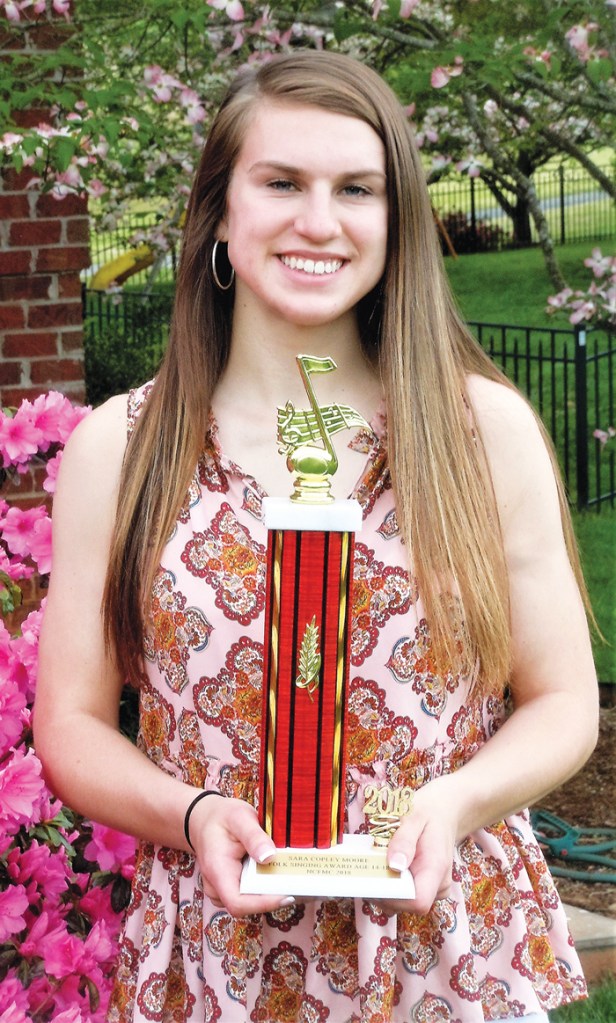 North Carolina hosts 13 state-wide Junior Festival Music festivals each year as part of the National Federation of Music Clubs national program. This year just over 4,000 students competed state-wide in their local events. Winners of the local competitions continued on to the state finals, recently held on the campus of UNC-Greensboro. Forsyth County is the home of a state title winner and a first runner-up, in this nationally recognized music competition.

The Sara Copley Moore Folk Singing award was won by Molly Powell, daughter of Rob and Emily Moore of Clemmons. Molly won the local Wake Forest Junior Festival event and represented our area to the state finals. She is a voice and piano student with The Music Studio of Teresia Queen. Molly is a graduating senior from West Forsyth High School.

The singing award won by Molly, is sponsored by Sara Helen Moore of Greensboro. Mrs. Moore is the former National Federation Chairman of Folk Music for the NFMC. Sara Helen says she developed a very real appreciation of this style of music since we here in North Carolina have such a rich heritage of folk music. The award is named with her maiden name to honor her parents who helped instill in Sara Helen a love for music. For many years as a kindergarten teacher she taught folk music with an autoharp to her students. Molly won this state title and award with her performances of “America” and “Scarborough Fair.”

Molly also competed as a state finalist for the Ann Graham McCurdy Vocal Art Song Scholarship. She placed as first runner-up with her presentations of “The Cherry Tree” and Hal Hopson’s “Ride On, King Jesus!” Molly receives a partial school scholarship from the NFMC.