Bikes for Books at Morgan Elementary 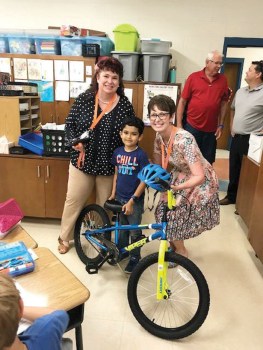 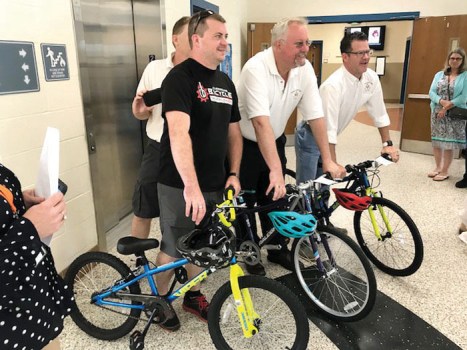 The members of the Clemmons and West Bend Masonic Lodges sponsored the Bike for Books Program. 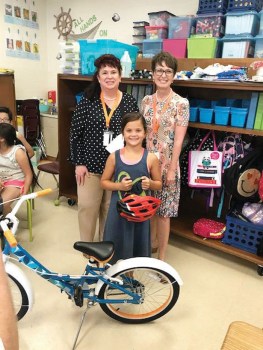 As a way to encourage reading at Morgan Elementary, the members of the Clemmons and West Bend Masonic Lodges sponsored the Bike for Books Program.The Masonic Lodges are all about doing positive things for the community and encouraging students to read is certainly a way to do that, said Richard Brewer, a member of the Clemmons lodge.

“The students had to complete at least six titles from selected genres to get each ticket for the drawing,” Lisa England, the media specialist. “Fourth- and fifth-graders also had to choose a different activity, such as a letter to the author, redesign the book cover, or interview a character in the book, with three of their chosen titles.”

“Tickets were placed in the drawing only if all requirements were complete, but some of the kids actually turned in as many as six completed entries. We wanted to encourage reading in areas they might not ‘visit’ as often, such as poetry, nonfiction, or historical fiction for the older kids.”

“It was very successful.”

This was the first year that the lodges have sponsored the program at Morgan.

“We had a good time,” Brewer said. “I imagine we will do it again next year.”

The Clemmons lodge also sponsored the program at Clemmons Elementary.