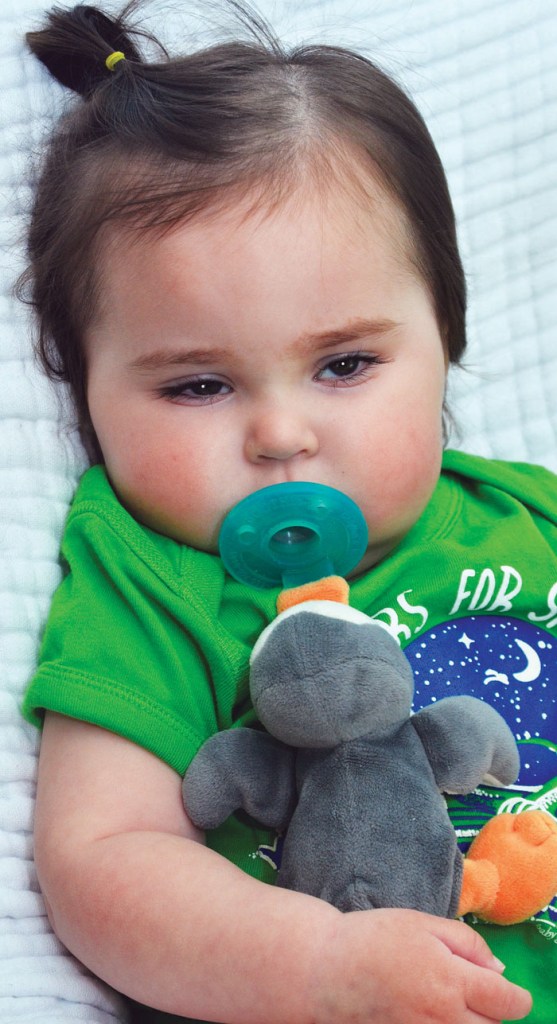 Baby Stella lost her battle with Alper’s Syndrome last week. And in just over a year and a half of life, she touched — positively — more people than most of us will ever consider.

Stella — a name with Latin origin that means star — was the daughter of Jesse and Mindy Ledbetter of Mocksville.

And yes, she was a star.

She was a star to entire communities, people from all over Davie County, Olin and Union Grove, who poured out their prayers and hearts and pocketbooks to make sure the family could take care of their precious baby and not worry so much about making a living.

These people didn’t care whether the family was Republican or Democrat, pro-Trump or anti-Trump. They knew a family had a baby who needed constant care. They might not be able to cure the baby, but they could make things easier on the family, just the same. Most of them never met Stella.

I was one of the lucky ones. Two seconds inside the home, and you felt it. Love. Baby Stella oozed love. Her looks. Her smile. Her body language. It all meant one thing — love. The way her parents talked to her and cared for her, that meant love. The photographs on the wall, of Stella before and after the diagnosis, that meant love, too.

It’s one of the things that makes it great to live in this part of the world. People really do care about each other. We may argue and throw around mean accusations over things such as a new high school, a road median or whether to allow alcohol sales, but when it comes to family and children — we become one.

No matter what nasty things you may see on Facebook, or hear from the local gossip, it appears that we actually do love each other.

But let us not forget Baby Stella.

Help by promoting and supporting research into these rare diseases that take our children. Help by urging lower costs for tests for would-be parents. The Ledbetters were both carriers of the gene that causes Alper’s. That test is expensive, and it shouldn’t be.

And talk to your friends and neighbors. The more people who know about this syndrome, the more likely that research may find a cure, or a better way to treat the children. It could even help families with insurance companies that don’t want to pay for certain treatments. It’s sad that insurance companies are taking over our health care, and only we can stop that. Let them know when one of their practices just isn’t right.

Yes, in less than two years of life, Stella Ledbetter made us all better people.

Go home, hug your children. Tell your loved ones that you really do love them. Look at your neighbors as friends. They may need some help, too. Maybe it’s just an encouraging word, but give it. Don’t put someone down because of their politics, but lift them up as a fellow human being.

Remember Baby Stella, and all of that becomes much easier.

Brad Rhodes: Is your debt a snowball or an avalanche?

Letter to the Editor — June 23

Brad Rhodes column: Do you insure your home, car?