A life of giving back: Bob Geyer devoted to Habitat, school children 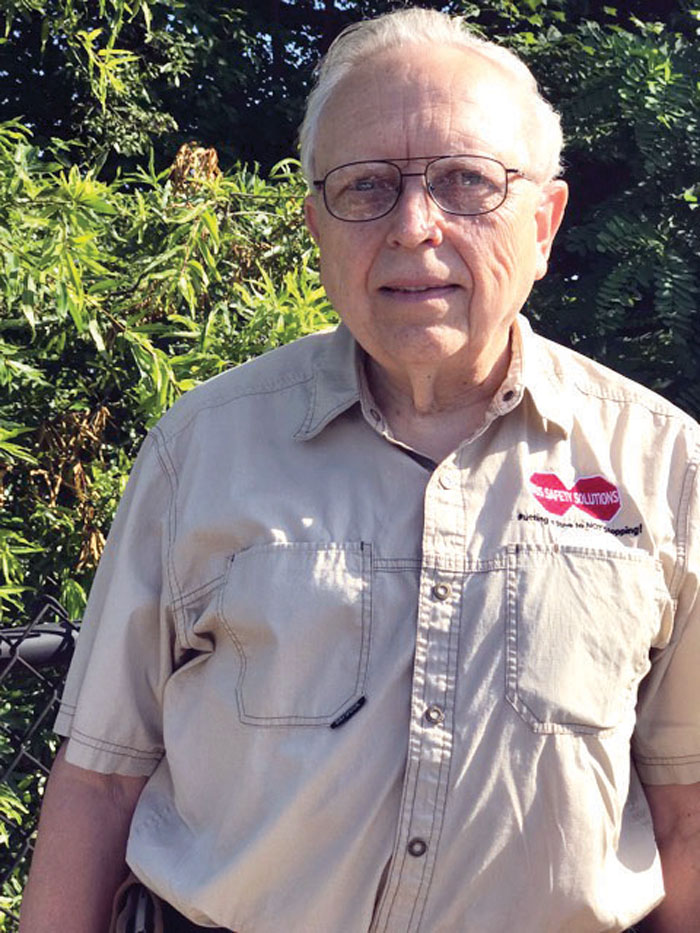 After World War II, there was a sense of relief, and also of community and giving back to those in need. Bob Geyer, who had served in the Army, was taught to always give back. It was a quality his parents instilled in him. So when his friend Millard Fuller wanted to build houses for those in need, Bob joined in. With hammer and nail, sweat and sore muscles, Bob was committed to giving. “There were six couples that got involved,” recalls Bob. “I was one of the initial couples to consider housing problems throughout the world.” The couples lived in Americus, Georgia. They were committed to donating their time and energy to those who had very little financially. “It first was called, ‘Fund for Humanity,’ and then we decided to call it, ‘Habitat Partners.’ Then, we worked with people with wealth to try to give to people who didn’t have wealth and that’s when we began to call it, ‘Habitat for Humanity.’”

The idea of Habitat for Humanity began out of Koinonia Farm. Koinonia Farm, a Christian community, was founded in the early 1940s.  Families were invited to come and work together. African Americans and caucasians who worked there, both earned equal wages and ate together at the same tables. Soon, the focus began to shift towards Habitat for Humanity. The idea was to build affordable housing for neighbors. “We wanted to give a hand-up to those who needed a handout.”

Soon, Millard recruited former President Jimmy Carter to get involved. President Carter had been out of office for two years. “It made it a lot easier to contact different countries and different places,” says Bob. “At first, Jimmy was very much against it because he thought we were just a ragtag group that didn’t know what we were doing. But we turned it around and convinced him we knew what we were doing. He became a very vibrant part of Habit for Humanity.” Once President Carter was committed, the donations started flooding in. The organization went from a small idea at Koinonia Farm to an international success.

Bob went from volunteer to eventually making $10,000 a year with Habitat. But since the organization was really great at putting the money back into the housing projects, Bob realized he needed a real job to sustain his growing family. He worked for various companies throughout his career and did quite well.

However, in 1999, an accident occurred that really disturbed Bob. Seven-year-old, Dalton Folwell, was killed unexpectedly. “He was getting on a school bus and a car illegally drove around a stopped bus. The car killed him. That made me really angry because it could have been prevented.”

About five and a half years ago, another child was killed in the Winston-Salem area. “I was very frustrated by it. It’s hard to see a child killed.” At this point, Bob had raised his two children and was retired. Bob realized he could no longer sit idly by, watching these defenseless children lose their lives in preventable bus accidents. “I slammed my fist down on the table and said someone has to do something about it. My wife reached over and put her hand on my shoulder and said, ‘You are somebody. Do something.’” Bob was not a mechanic. He did not have experience in the bus industry. He was, however, motivated to save lives. “I didn’t know what to do exactly, but I gathered some partners with me and we formed an organization, Bus Safety Solutions.”

Bus Safety Solutions developed and patented an extended stop arm. The stop arm is mounted on the side of a school bus. It extends out six and a half feet across the lane of oncoming traffic. If the extended arm does not physically prevent people from passing a stopped school bus, it does break away if hit at 30 miles per hour. “This has proven very effective.” Bus Safety Solutions has the extended stop arm in 35 school districts in eight states. In July, Bob and his associates will be talking with Forsyth County officials about getting the extended arm locally.

Bob believes we can all extend our own talents in the community. “There are so many needs in the world in doing different things. You just have to decide to be a part of something. God gave us all different talents. Whatever He has given you, just look for a niche and start working in it and you can make a difference in life.” Bob adds, “I don’t think I can do any more than anybody else, but if you are loving thy neighbor as thyself, it means whatever you have, then your neighbor ought to have equal. If you have food and they don’t, they need some of your food.” Bob says, “You have to live simply so others can simply live.”

Now who could ask for a more caring neighbor?  We are lucky to call him one of ours.