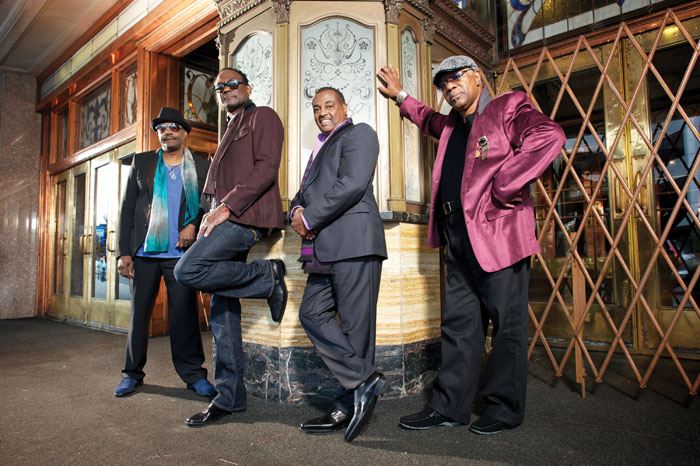 In its 34th season, An Appalachian Summer Festival in Boone has emerged as one of the leading regional arts festivals in the nation. It has been named one of the “Top Twenty Events in the Southeast” by the Southeast Tourism Society. It is also bringing in an event from another so designated “Top Twenty Events”: the National Black Repertory Festival in Winston-Salem, “The Legend of Buster Neal” by Jackie Alexander, also current artistic director of the North Carolina Black Repertory Company in Winston-Salem.

The Appalachian Summer Festival will be presented from July 1 to Aug. 4. The various events will be presented in venues on the campus of Appalachian State University in Boone. Ticket prices range from $5-$55, with some events free. Purchase any five adult tickets in any combination and receive 10 percent off.  The “Pick 5” ticket discount only applies to purchases at the box office or by calling 800-841-2787 or 828-262-4046. Tickets can also be purchased online at appsummer.org.

The following arts presentations will be featured at the App Summer Festival:

Kool and the Gang

Tickets: $55 for adults. $40 for students and children

Kool and the Gang has performed continously for the past 43 years, longer than any R&B group in history, earning two Grammy Awards, seven American Music Awards, 25 Top Ten R&B Hits, nine Top Ten Pop Hits and 31 Gold and Platinum albums. They have sold over 70 million albums worldwide, featuring songs such as “Celebration,” “Cherish,” “Jungle Boogie,” “Joanna” and “Ladies Night.” Their songs have been featured on the soundtracks of movies: Jungle Boogie (“Pulp Fiction,” 1994); “Undercover Brother,” 2002); Summer Madness (“Rocky”) and Hollywood Swinging (“Roll Bounce,” 2005). In 2006, Kool and the Gang received The National Association of Recording Merchandisers Chairman Award for Lifetime Achievement in Record Sales. On June 14, four members of Kool and the Gang were inducted into the Songwriters Hall of Fame at a special ceremony in New York City.

The New York Times says I’m With Her qualifies as a supergroup. “The band never quite named its genre: folk, bluegrass, Americana, roots music, acoustic instruments and electronic ones, and a swell of three-part harmony. Sarah Jarorosz on banjo and mandolin, Sara Watkins on fiddle and Aoife O’Donovan on guitar — although all play guitars, “I’m With Her” reaches back to American string band legacy of old-timey music, a bastion of oral tradition and music camps. But the band has formal training as well. Two have attended the New England Conservatory and they are well aware of pop, jazz and the internet. Two have been involved with the co-founding seminal bands Nickel Creek and Crooked Still. Collectively, they are multi-Grammy awards winners, having released seven solo albums.  They are virtuoso music makers.

Shaken and Stirred with Michael Feinstein and Storm Large

Over the past three decades, Michael Feinstein has built a dazzling career and made a major contribution to American music bringing the music of the Great American Songbook to the world. He has received five Grammy Award nominations for recordings as well as Emmy nominations for his PBS specials and much acclaim for his NPR series “Song Travels.” Michael Feinstein’s “The American Songbook”  was also the recipient of the ASCAP Deems-Taylor Television Broadcast Award for three seasons. In 2007, he founded the Great American Songbook Foundation dedicated to celebration of the artform and preserving it through educational programs.

Tickets: $30 for adults, $20 for students and children

If there is such a thing as the newest sensation in century-old music, The Hot Sardines are it. Forbes Mmagazine calls them, “One of the best jazz bands in New York today.”  They make what’s old sound new again with brassy arrangements, rollicking piano melodies and smokey vocals. They will transport Boone audiences to New York speakeasies, Parisian cabarets and New Orleans jazz halls. They bring sheer joy to music — both old and new.

Singer/songwriter Giddens is co-founder of the Grammy Award-winning string band Carolina Chocolate Drops. She was recently named a 2017 Mac Arthur Fellow “Genius” Grant recipient for “reclaiming African American contributions to folk and country music and bringing to light new connections between music from the past and the present.” The Greensboro native graduated from high school at the North Carolina School of Science and Mathematics in Durham, and she is a 2000 graduate of Oberlin Conservatory in Ohio where she studied opera. Back in Greensboro she performed music in Boone native Preston Lane’s play “Beautiful Star: An Appalachian Nativity” at Triad Stage at the Black Banjo Festival in Boone, she co-founded the Carolina Chocolate Drops.

An Intimate Evening with Kristin Chenowith

Tickets: $55 for adults, $40 for students and children

Emmy and Tony Award winning actress and singer of stage, film, television and voiceover. In 2015 she received a star on the Hollywood Walk of Fame. In 2009, she received an Emmy for Best Supporting Actress in a Comedy Series for her role in “Pushing Daisies.” In 1999, she won a Tony for “You’re a Good Man, Charlie Brown.” She was also nominated for her role of Glinda the Good Witch in “Wicked” in 2004. She has been nominated for two Emmy Awards and a People’s Choice Award for her role on “Glee.”

Named  “the company of the future” by the Joyce Theatre Foundation. Dance Magazine’s 25 to Watch and Best of Culture by the Los Angeles Times has surged to the forefront on the concert dance world. With their versatile repertoire “Body Traffic” is internationally recognized as bridging both new audiences and experienced dance enthusiasts with today’s most distinctive choreographers. The performance includes “The New 45” choreographed by Richard Siegal that originally premiered in 2008 at the Athens International Dance Festival. Finally, Richard Siegal’s “O2 Joy” pays homage to American jazz through an expression of sheer joy through music and movement. Audiences may want to join them, and they will love to watch them perform these ballets and others.

Tickets: $25 for adults, $10 for students and children. Free child ticket (17 and under) with purchase of adult ticket.

Written and directed by Jackie Alexander, The North Carolin Black Repertory Company’s production of “The Legend of Buster Neal” recounts the story of four generations of African-American men and the challenges each face. When a fearless civil rights activist reappears 60 years after his supposed death, he is confronted with his ultimate challenge — his great-great grandson. This powerful drama questions the true definition of manhood and examines the meaning of legacy, friendship and fatherhood. The leading role of Buster is performed by Nathan Purdee.

Every summer since the Appalachian Summer’s beginning, violinist Gil Morgenstern, artistic director of the Broyhill Chamber Ensemble assembles a prize-winning and highly acclaimed group of chamber musicians for a remarkable concert series, its international Reflections series. The ensemble presents solo and chamber music along with works of artistic disciplines, engaging audiences in combinations of music, text and images that reflect upon one another and invite audiences to reflect on universal themes.  The festival opens July 1 concert. In the course of the concert series, the ensemble will perform Antonin Divorak, Bedrick Smetana, Sergei Rachmaninoff, Felix Mendelssohn, Schubert, Copland, Taure’ Mozart, Beethoven and Brahms, among others.

The orchestra will perform Bernstein, Griffes, Gershwin, and Ravel.

Tickets: $25 for adults, $10 for students. Free child ticket (17 and under) with purchase of adult ticket.

The Hayes School of Music faculty presents a program that ranges in historical style from the classical period to jazz.

July 3: In Between (Israel, France)

August 3: From the Land of the Moon (France)

Three of the six films at this summer’s Festival are directed by women, and all of the films feature female leads. The films spotlight some of the world’s best leading actresses. Including Academy Award winner, Marion Cotillard in “From the Land of the Moon,” a French film part of the App Summer Book and Film Club. “Between” stars two Israeli Academy Award winners, Shaden Kanheure and Monna Hawa. The festival presents the 2018 Golden Globe Winner for Best Foreign Film,”In the Fade” with German-born American actress, Dianne Kruger. Academy Award Winner for Best Foreign Language Film, “A Fantastic Woman” with Daniela Vega will be shown.  “Paradise,” a Russian film, shortlisted for the 2017 Academy Award Best Foreign Language Film will be shown. Spain’s submission for the Best Foreign Language Film at this year’s Oscars, “Summer 1993” will be shown as well. Women directors include Clara Simon and Maysalown Hammond, both first-time feature directors who won directing awards at the Berlin International Film Festival and the Toronto International Festival respectively.

Celebrate summer at the Turchin Center and “engage, discover and connect through the arts!” The Summer Exhibition Celebration is an opportunity for the art lover to meet the artists, enjoy refreshments, and spend time with fellow art patrons, while viewing the featured exhibitions in one of the most exciting venues in town: a collection of eight galleries filled with a diverse mix of contemporary art from local, regional and international artists.

The Rosen Sculpture Competition and Exhibition is a national, juried competition presented annually by the Turchin Center for the Visual Arts.  To celebrate the 32nd anniversary of this inspiring installation, join competition jurors Daniel T. Beck and Ian Henderson on an educational outdoor tour of the 10 selected pieces for this year’s competition. The tour concludes at the Schaefer Center with an awards reception. An additional work of sculpture will be installed at the Blowing Rock Art and History Museum. The sculpture competition and reception are sponsored by Martin and Doris Rosen.

Interactive and informal lectures providing an inside look at the festival’s programming from experts on July 4.  July 11, a walk with the Curator, Kelsey Wagner. July 18, Collaboration and the Creative Process, Noyes Capeheart (artist/writer) and Peter Petchaur (collector). The Suppression of Music in Nazi Germany, Aug. 1. App Summer Book/Film Club, A discussion of “From the Land of the Moon” and the Aug. 3 film.

Throughout the month of July

Schedule can be found WWW.tcva.org/workshops