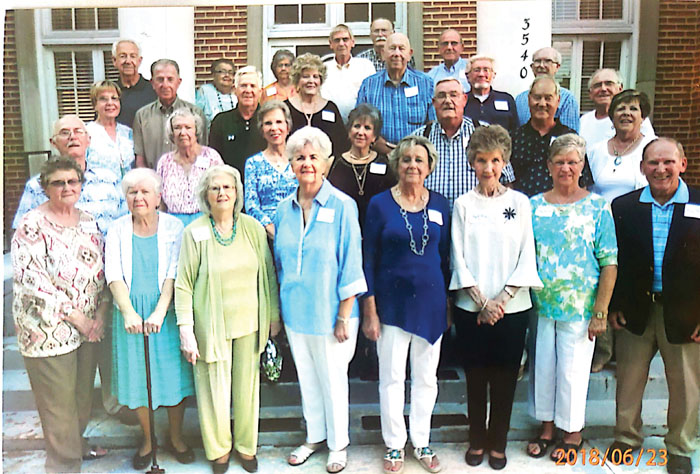 Southwest High School Class of 1958 held its 60th class reunion on Saturday, June 23, at the Old Clemmons School, which is now Broyhill.
The Class of 1958 had its elementary school training in at least four different units, Clemmons, South Fork, Lewisville and Vienna.
In September of 1956, the class was among those who opened the door to a new and different school life in the newly consolidated Southwest High School.
There were new friends, new teachers and much greater opportunities than they had known before.
There were 120 graduates on May 29, 1958. There was a very good turnout for the reunion on Saturday. Some of the class officers were present which included class president, Bill Brewer, and two vice presidents — Tommy Stewart and Henry Ebert.
There were lots of memories shared. Sadly, 39 classmates have passed away. They were dearly missed.
The class of 1958 has a class reunion every five years and meet for breakfast quarterly.