Your Neighbor — Never too late: After divorce and financial hardship, Pam Baker reinvented herself 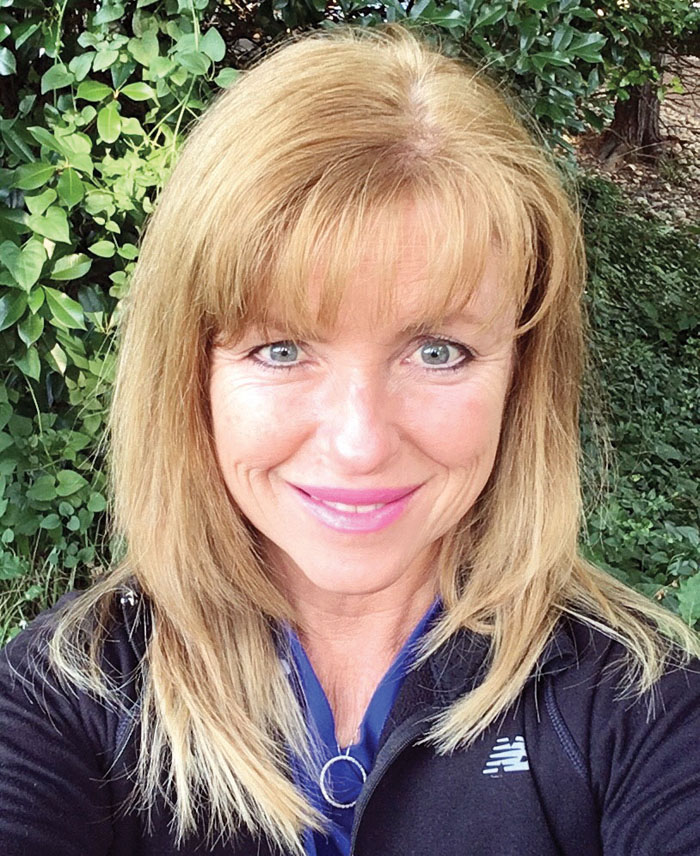 Starting over is never easy. However, when a person is forced to begin anew, it can be a character-building experience. Formerly dormant and maybe even unknown reserves of strength can emerge and develop. For Pam Baker, that happened after her husband decided to walk out on her and their six children.

To know more about Pam’s story, rewind to over 30 years ago when she first married at the age of 22. She had grown up in Grand Rapids, Michigan, with three other siblings. Her husband had three siblings as well. They both wanted a big family. “I wasn’t fertile. I had to use fertility drugs to get pregnant for child one, three, and five. It got tougher as the years went by. The fertility things got tougher. But now, I have four boys and two girls.” Pam says the family was, “…crazy busy, to put it in a nutshell.” Her husband was in sales and every time he got a promotion, the family would move. They moved 11 times before ending up in North Carolina 14 years ago. “We moved a lot with a lot of little kids. I never thought it was a struggle, but I guess some people look at it that way. I feel like you got to go and get things done and be resilient. These qualities helped me through a really terrible divorce that I never saw coming.”

Pam’s youngest child was one and her oldest was 14 when her husband decided to leave. “He made certain decisions financially and we lost our house, my minivan, and he was nowhere to be found. My credit was destroyed,” says Pam. “We don’t know much about his situation because he keeps it that way.”

After 27 years of marriage, Pam found herself with six kids and no money. The only income she had was from part-time work as a trainer at the YMCA. It was a job she enjoyed because it was a way to help people with their physical and mental health. Pam would have to tap into her own mental strength, which felt as if it was at a significant low. “How did I survive? I survived with the help of so many people — friends and family, people in the community who knew my story and came to my rescue when I needed something and couldn’t take care of myself.” For example, when her car was towed, a YMCA client loaned her a car. Pam had a friend who loaned her a car for almost two years because there was no way she could purchase a car. “There was a lot of praying and a lot of really good people who helped with stuff I needed.”

Nearing 50 years old, Pam found it difficult to find her way to a traditional career. She discovered she had to reinvent herself. “At one point in the winter, I had a group of women running with me and they were all trying to lose weight. They were actually involved with one diet plan or another. So I would have them come to my house on Sundays and all bring a healthy dish to show them healthy meals were tasty and could really satisfy you,” says Pam. “I was doing that to complement the workouts because it’s impossible to lose weight and not have your nutrition right. You can work out like a fiend, but your nutrition has to be balanced and healthy.”

Pam decided to tentatively venture into the culinary world, starting by cooking meals for friends and family to purchase. The meals were easy, healthy and made from scratch. It was also extra income to help pay the bills. Her little business began to take off, because the meals were not just nutrition-oriented, but actually delicious as well. Pam also went to a support group, Mary’s Mavens, started by Mary Haglund for budding women entrepreneurs. “That helped me build confidence and she took me aside and really helped out after she heard my story.”

In 2016, Pam’s divorce was final and she was trying to do as much extra work as possible to support her family. In 2017, Pam’s oldest daughter began to plea with her mother to consider dating. “She had a friend whose mom had remarried and was really happy. She wanted me to date again. I had no interest whatsoever. I didn’t need a man. I didn’t want a man.” Pam’s daughter, however, was adamant. The daughter convinced Pam to create a profile online to see if there was anyone out there who matched Pam’s lifestyle and interests. In just three weeks, Pam was going on a date with a man who seemed very compatible. “I had not been on a date in I don’t know how long. I was a nervous wreck. But at my age, you are done playing games and have intuition you might not have at 22.” As it turns out, Pam finally found an incredible man, who not only loved her and her family, but believed in her business.

“When he came into my life, he thought it was amazing the stuff I was doing to get by and had confidence in me. So, we formally launched Healthy Made Simple as a business. Financially, he could do what I could never do. He found a space for us to put together a commercial kitchen. We are now in the kitchen every Sunday.” Each week the menu changes, but anyone can order how much they want or whenever they want. The proportioned meals can be delivered to your door or picked up at the kitchen. “It has become this great family business that has really helped a lot of people change their eating, simplify their life and, as a result, change their life. We are rebuilding our lives, too, and I have a great partner and a new love.”

As for her work ethic, Pam credits her parents. Her dad, at 78, is still working as an accountant. Her mom, says Pam, “…never slows down and is ready to dig in and do what she has to do, no matter what it takes. My new husband says it’s our German genes.”
Pam is glad to be where she is today, but also believes that surviving the tough times made her stronger, more confident and appreciative of the people who helped her rise up. “No one wants to go through the hard stuff, but it’s the hard stuff that makes you a better person. Having good people around you is irreplaceable. So, I really hope to give back, because so much has been given to me and my family when we were trying to figure things out. And it ends with a love story, which is remarkable. You can start over at age 50, 60, or 70. There is nothing stopping you from changing your life except for yourself. I know because I was stopping myself.”
It is so easy to give advice, but our neighbor is a living example of how a person’s life can be turned around at any age.