Your Neighbor: The love of family: Payne shares how challenges can be overcome through God and community 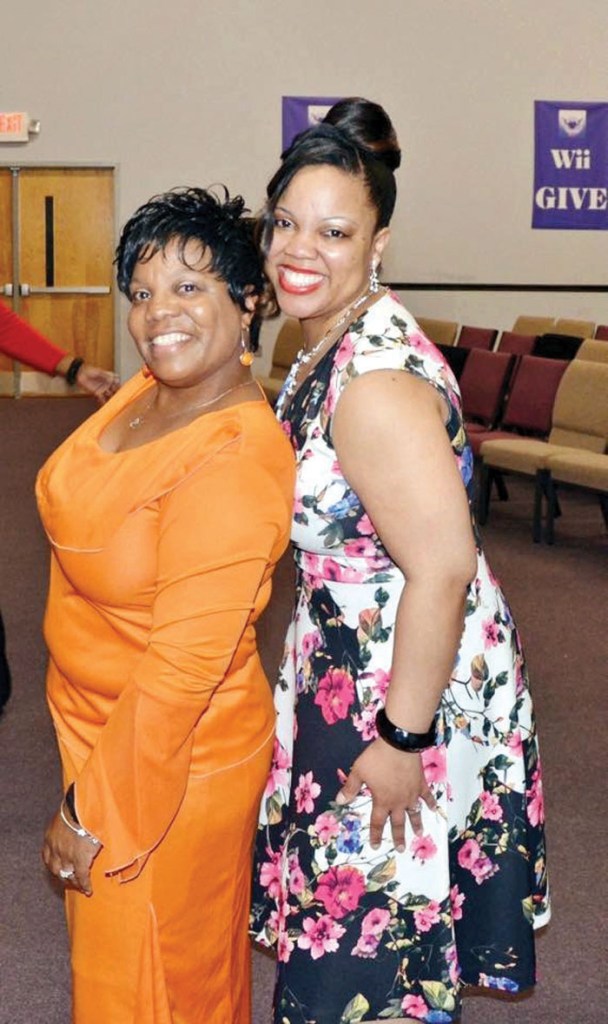 This September, Roslyn (Rain) Nowlin Payne will be inducted into the Parkland High School Sports Hall of Fame. In 2016, she was also inducted into the Sports Hall of Fame at Winston-Salem State University. Roslyn was a strong athlete in volleyball, softball and basketball. She won all-county, all-state, and was named female athlete of the year in high school. Her athletic prowess afforded her multiple opportunities to attend various colleges. Ultimately, she chose Winston-Salem State in order to raise her daughter close to her family.

Roslyn grew up in Happy Hill Gardens. She was the youngest of eight and was raised by a single mother. “I saw a lot of my mother’s strengths, especially when I got pregnant,” says Roslyn. At the tender young age of fourteen, Roslyn was understandably nervous to tell her mom that she was pregnant. She had been playing sports the whole time. Finally, when she was seven months along, she shared her news. It turns out, her mom’s reaction would be a memorable one and would provide the comfort, support and strength Roslyn so badly needed at that time. “When I got pregnant, my mom and I went to tell the young man and his mom. His mom claimed he couldn’t get people pregnant. My mom immediately said, ‘Don’t worry. You don’t have to do anything. This child will be taken care of.’ After that, I was able to take strength from my mom because I knew we would be OK.”

To be a good mother, Roslyn stayed close to home to raise her daughter, Shameka. She soon withdrew from college in order to work two jobs so they could have an apartment of their own. “As a single mom, I knew I needed to do better with my daughter. So, I would send her to church — starting at the age of five. I would drop her off and leave. She would come home and talk about the glory of God. It would inspire me.”

Roslyn, however, had no interest in going to church. She had been molested as a child. By the time she was in her twenties, she recollects living promiscuously as she tried to live in the harsh realities of the world and to figure out her place in it. Through it all, there was one person in particular who showed consistent interest in Roslyn’s wellbeing. Every time Roslyn would drop off her daughter, the pastor’s wife would come out and talk to Roslyn. “She would put her hand on mine or ask for a hat of mine. I found out she was putting things of mine on the altar and praying for me,” says Roslyn. “The Lord called me and I was so grateful because I wanted to be a better mom to my daughter. To give my life to the Lord was the only way to do that.” Roslyn says she was born again in 1995. She began taking photos at church functions and other community events. Eventually, Roslyn opened up her own photography business, Trinity Studio Enterprises which she continues to work at today.

The church’s influence in Roslyn’s life also became apparent in 1996. It was during that year that she found out that Shameka’s father had gotten into some trouble and had landed himself a temporary place in jail. It seemed, at this time in particular, she found herself reading about and hearing in church about forgiveness. “The Lord spared my heart so I could give him grace and try to forgive,” says Roslyn of her daughter’s father. Shameka was now fifteen. Roslyn went to the jail to talk to Shameka’s father. After the father got out of jail, he started acknowledging Shameka was his. “I brought him to her graduation at her high school. I wanted Shameka to have a picture of her parents together at her graduation.”

In addition to hitting a home run where raising her daughter is concerned, Roslyn also found a companion she wanted to marry. Ten years ago, she married Irvin Payne. “He is such a wonderful man,” says Roslyn. Still, there are times when she continues to gain strength from her mother and reflects in awe at what must have been a tough life with plenty of challenges. “Not knowing all my mom went through, with men and seeing the different fathers — eight children, five different men — surely that was a tough role. But my mom had her children and that gave her strength to live. She will be 80 years old this September. My father is still living as well,” notes Roslyn. “While I was growing up with my mom and brothers and sisters, we didn’t have a lot, but what we did have is love for one another.”

It sounds as if the love and support of her mom has been the critical basis for much of the success in Roslyn’s life. The kindness of the pastor’s wife was also a gentle reminder that there were those in the community also vested in Roslyn’s happiness and future. When it came time for Roslyn to become a parent, she too wanted to love and support her daughter in the ways she had learned and dreamed of. She was ambitious enough for her daughter such that, even when Roslyn wasn’t in a place when she could find spiritual nourishment from the church, she made certain her daughter did. Perhaps, that early encouragement is what helped contribute to her daughter’s eventual goal to continue on, finish college, and work within the community to create a brighter future for many other young women and children. For sure, our neighbor’s story is an example of how the love of family and community can greatly affect the generations to come for better.