After the final bell: Sophomore Avery Browning is passionate about theater, children 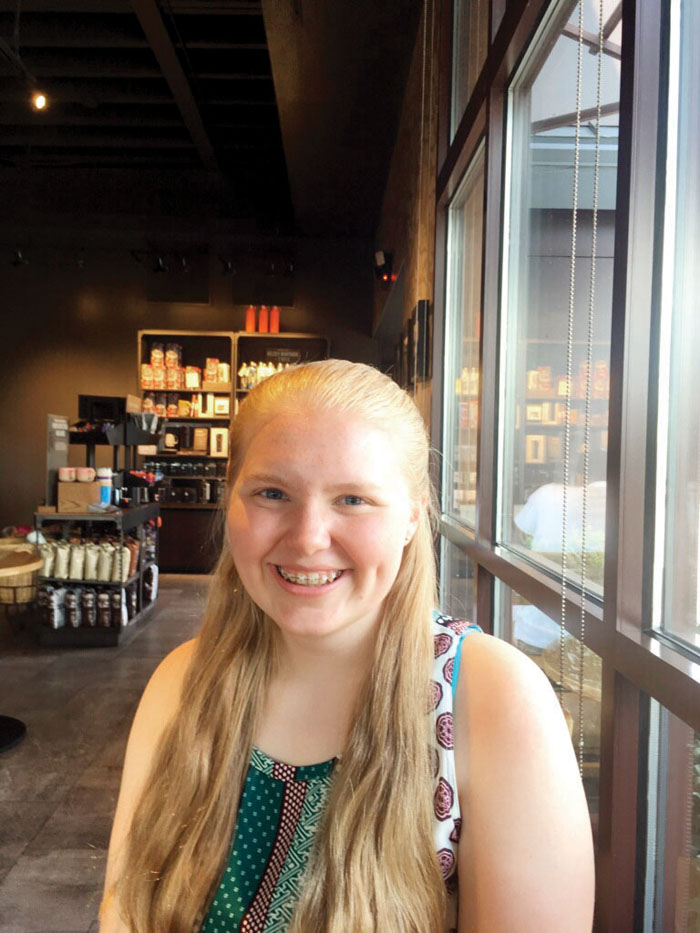 Avery Browning is a junior at West Forsyth High School.

If you turn the pages and take yourself through the 2018 West Forsyth yearbook, you will see a number of pictures featuring rising junior Avery Browning. The photos represent the various activities that she has been involved with during her sophomore year.

It is fair to say that Avery has a unique resumé for a 15 year-old that has included playing basketball, working as a student athletic trainer, and participating in various school musicals including “Hairspray” and “Harry Potter Twilight.”

Her interest in becoming an athletic trainer developed as she followed in her parents’ footsteps in this role. Both her father, Doug, and her mother, Kit, were trainers in high school, and they continued in this role in college by working with West Forsyth legend Jim Coghill, who has worked in the athletic program at West for years since his retirement.

Avery got her start in drama by becoming involved in a summer enrichment program nine years ago. She and her brother Spencer have been involved in this program longer than anyone else, and their veteran status includes participation in many productions. Although she has some time to plan her career path, Avery is currently thinking about combining her love for theater and young children to possibly become an elementary teacher where she can put her creative energy to work.

Her schedule for the upcoming school year includes early childhood education, AP biology and AP statistics at the Career Center and Theatre, and AP language and AP U.S. history at West. Commenting on this ambitious schedule and her active lifestyle, Avery remarked, “I’m always busy, and I don’t have much quiet time.”

When Avery was asked what advice she would give to a rising high school freshman, she grinned and noted that she has already been asked this question by her younger brother. Her advice: “Know what are your priorities, go slowly, and pick some challenging classes, but don’t try to do too much.” Her advice sounded like sage wisdom that might come from a middle-age adult and not from a teenager halfway through her high school career.

Avery has not yet decided where she plans to attend college. Although her father is a physician and her mother is a physical therapist, and medicine is interesting to her, her passion for working with children will probably play a significant role in her college choice. With two years of high school ahead of her, she still has some time to make this important choice. It is evident that regardless of what the future holds for her, Avery Browning will surely succeed at whatever she pursues.

Note: “After the Final Bell” will be a regular feature. If you know a young person (of any age) who has had some significant accomplishments and has made some noteworthy contributions to the community, please contact Larry Stombaugh at LKStom@aol.com for consideration for a possible feature story in an upcoming Courier edition.