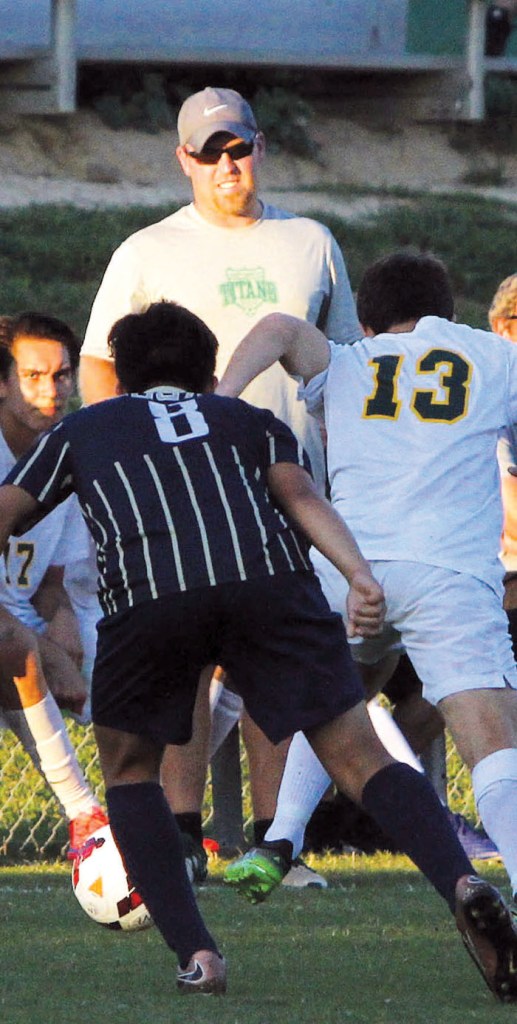 The West Forsyth boys’ and girls’ soccer teams will connect their past with their present and future on Friday, Aug. 3, in an inaugural alumni soccer game.

Jeffrey Williams, who is heading into his fourth season as the coach of the boys’ team, came up with the idea in hopes of raising awareness about the program and giving current members of the programs a chance to come together and learn a little about the history of the Titans’ soccer program.

The event is open to any male and female who played soccer at West and will begin at 6 p.m. in the soccer stadium. Admission for spectators is $2.

“There are several other schools who have done this or are doing this, and I felt like there was some interest for us to do one as well,” said Williams, who has been involved with the program for a total of nine years. “Back in January, I started calling a lot of people to gauge interest and got a lot of great feedback. I decided to start putting everything together and we’ll see how it goes. I’ve gotten a great response so far.”

One of the people who has reached out to Williams is Frank Pegram, who played on the first boys’ team at West in 1979 and scored the first goal in program history.

“He sent me some of the early history of the program and how it got started, so we want to share that with everyone who comes to the game,” Williams said. “I’d like to give everyone a sense of the history of the program. Unfortunately, Mr. Pegram told me he won’t be able to play, but we hope he will come so we can give him a special recognition.”

Williams has contacted past coaches as well and hopes to talk to Bill Carr, who was the first coach in school history, and has been handling the logistics of organizing the event — securing sponsorships from local businesses and finalizing game-night details.

“Mike Southard, who is on our coaching staff, will be refereeing the game with his crew,” Williams said. “Stuart Egan will be doing our announcing. We will have a food truck, Boone Doggies, there for people to buy food. Members of our boys and girls teams will also be there to help out, though they cannot actually participate in the game. It would count as a scrimmage game if they did, and we already have our scrimmages lined up for the season. But we will definitely have them helping out during the evening with other things.”

Williams said that the actual game is still a work in progress and will depend on the final number of people who commit to playing.

“I’d like to see enough to have an over 30 (years old) game and an under 30 game, as well as a girl’s game,” he said. “But we’ll see how the numbers pan out. I’ve heard from 30-40 people already, though I only have official commitments from three right now. Everyone who plays in the game will get a free T-shirt.”

There will also be a crossbar challenge, where participants will line up at a designated spot on the field and try to kick a ball and hit the crossbar of the goal.

“We want this to be a fun event for the Village of Clemmons,” Williams said. “We want the community to be involved. I know a decent number of alumni and I think it’s a great way to connect them to our school and our current program.”

If you are a former player at West and want to participate, contact Jeffrey Williams at uncjeffreywilliams@gmail.com.

Brandon Einstein has qualified for the most prestigious amateur golf tournament in the United States and will be playing at one of golf’s most iconic and storied venues in mid-August.

Einstein qualified for the U.S. Amateur last week by winning in a playoff after a 36-hole qualifying event at Oak Valley Golf Club in Advance.

The U.S. Amateur will be held at Pebble Beach Golf Links and Spyglass Hill Aug. 13-19 and consists of two rounds of stroke play, followed by match play for the top 64 players after stroke play to determine the champion.