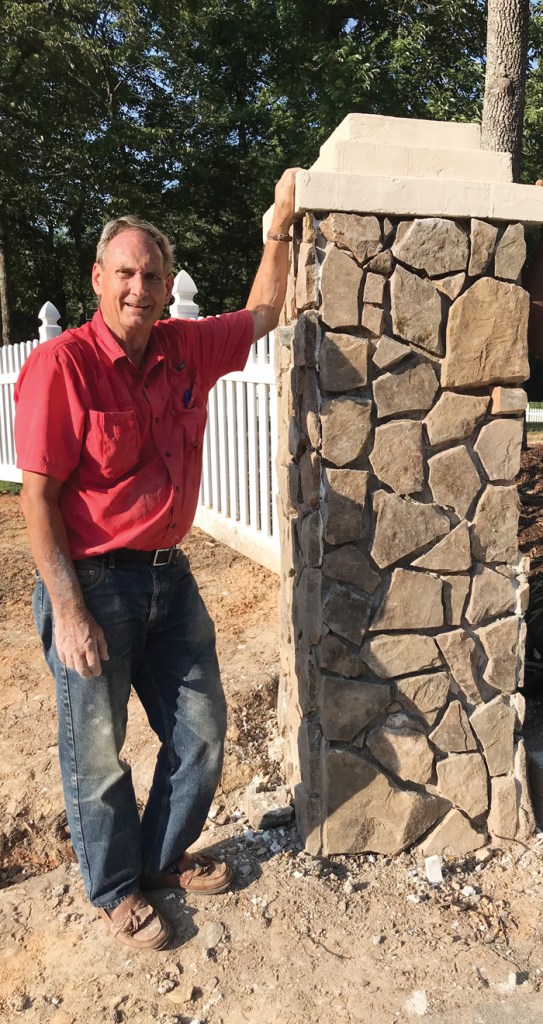 Growing up in Winston-Salem, Randy Sisell learned from an early age the meaning of hard work. His father worked downtown as a clerk at the post office. His mother had been raised on a farm with multiple brothers. “Her brothers — she came from a large family on a farm — they were used to doing things themselves. You don’t hire out. You do it yourself.” So when Randy’s mother wanted to pour concrete for a patio, she asked Randy to help. He was 12 years old. “My father was not going to do it, so I was the only one left. Whether it was pouring concrete for a patio, hanging up mirrors, or putting up fences, I was doing things around the house.”

In high school, Randy won first place at the state competition for a coffee table he made. Naturally, after he graduated from Reynolds, he went to North Carolina State University to pursue engineering. While he was at school, he worked for a construction company framing apartments. He worked when he wasn’t in class, when he was on holiday breaks and during the summers.

Upon graduation, Randy found a job with Henry Link Furniture, a division of Dixie Furniture in Lexington. A couple of years into his job, the owner took one look at Randy’s resumé and asked him to be in charge of building a new plant. “He saw construction experience. Mine was not in industrial plants, it was in apartment building. He told me to supervise the building of the new plant. I had no clue what to do, but when the boss tells you to go, you go,” admits Randy.

At the plant, Randy was sure to recheck and remeasure everything. He wanted to make sure he got every detail correct. “The superintendent said, ‘I will double what you make here if you come work for me and get your contractor’s license.’ We finished up the plant and the superintendent wanted to send me to Dallas.” Although Randy did not want to go south, he received his license anyway and moved to Winston to eventually start a company.

“As time went on, I went into partnership with Sparks Realty. One day, they wanted to get out, so I bought them out.” Randy began building subdivisions and custom contract houses. He was doing very well until the economy intervened and Randy had to make a few adjustments. “In ’84 or ’85, the economy kicked our rear end. So I had to move to Burlington where the economy was better.”

In Burlington, Randy built some houses when he decided to go back to his roots from college. Around 1989, he built Garden Apartments which contained 65 units. By this time, he had been married and had two boys. However, as Randy’s work began to take off, his personal life began to crumble. By 1996, he got divorced. “I gave her half of the corporation. She took the apartments and I took the cash,” says Randy. “You talk about ups and downs – when I lost my apartments, that was my down. I lost $1 million. I came back by mainly building houses.”

Randy moved to his lake house at Hyco Lake. There, he built houses and helped with dredging the lake. Eventually, Randy wanted to move back to Winston. In Winston, he bought Bert’s Bridge across from Joe’s Landscaping. But Randy says, since 2013, this has not developed as quickly as he had hoped. He believes it is largely due to banking laws, the likes of which have not been seen since the Depression. “In 2013, and most of all of the state, they devalued real residential property. Tax value times tax rate equals money in the county’s pocket. Devalue the price of the house, value of house goes down,” says Randy. “It was the first-time property was devalued since the Depression. At 58, I put all my money into land. The banks look at liquidity. So I am not very liquid. I can’t pay the bills with a tree or two or some concrete.” Randy says each lot was originally valued at $90,000. Then in 2013, each lot went down to $48,000. “The devaluation of real property was ridiculous. So now I am asking $60,000 a lot,” says Randy. “Why they did all this? I’m not sure. But I think it goes into politics and banking laws where they overappreciated houses in places like Dallas and Vegas.”

Randy also believes the way in which houses are appraised and sold are not helping his situation either. He says the cost of labor and material is going up while the prices of houses are going down. “What people are buying houses for, I can’t build for that cost. It’s more expensive to build than what people are offering to buy because the materials cost more than the house is worth.” Randy says the way a house is priced is perhaps not accurate. “It’s up to the appraiser to pick out a comparable house that is favorable to yours in your neighborhood. But appraisers don’t know how much the material costs. They just compare your house to another house that was recently sold in similar square footage.” Randy explains that if one house has better quality materials, it will withstand the test of time. Therefore, that house should be priced higher. However, this is not always the case. “It’s like having a Mercedes and a Ford. Ford is a good car, but a Mercedes has a better interior.”

What the contractor enjoys most, however, is educating his clients. “You may not always understand what I am talking about, but I try to explain everything I am doing.” Randy says he also advises many clients to buy from specialty stores instead of large corporations like Lowe’s and Home Depot. “If you want lumber, you go to a lumber store. If you want windows, you got to a window store. It’s often better quality for about the same price,” says Randy. “I like to build houses where the client is not going to call me in a couple of months because something is falling apart.”

At 68 years old, Randy says he could retire but doesn’t because he loves what he does. “I get a little perturbed at myself sometimes because I get drained in this heat, but I like doing it.” The sweat equity and quality that Randy provides in his work is not often found today. Our neighbor lives up to the axiom, “If you are going to do something, do it right the first time.”